Democratic state Sen. Linda Greenstein, who faces a tough Republican challenger this fall, said today she is in favor of the governor’s recently announced tax cut plan, but only if the state can pay for it.

Greenstein  said she will take a wait and see approach to assess the end of the year revenues before backing Gov. Chris Christie’s plan to cut property taxes.

“I think we would all like to see some kind of tax relief,” Greenstein said in an interview Tuesday. “But we have to make sure we can pay for it and I don’t think we know that yet.”

Christie announced Monday that he was again calling for the Legislature to pass a 10 percent property tax cut.  The cut would be phased in over four years and would be capped at $1,000.  The plan was initially formulated by Senate President Steve Sweeney in answer to a Christie proposal for an income tax cut.  But the governor, realizing his income tax cut did not have the support he needed, grabbed hold of the property tax cut and made it his own.

For her part, Greenstein said the state’s revenue collections are still below estimates so paying for the tax cut may not be feasible.

“If the revenues are where they need to be, I’ll be the first person to raise my hand in favor of a tax cut,” she said.

Greenstein’s opponent in the November election, former state Sen. Pete Inverso, said he’s all for the tax cut, calling it a “masterful” proposal by the governor.

“This is a masterful stroke of delivering tax relief as well as ensuring that the budgetary support is in place,” he said. “If the revenue is not there, then the Legislature can rescind it.  I think it’s both a politically and fiscally great proposition.”

The plan is sure to play out throughout the state come November, when Christie along with all 120 members of the state Legislature are on the ballot.

According to a GOP insider, that’s at least part of Christie’s thinking.  Democrats say on one hand they are reluctant to give Christie a “win” but on the other do not want opposition to a tax cut to become a wedge issue come November.

“There are two schools of thought here,” said one prominent Democrat.  “Some people think that passing a tax cut now would give the governor a victory in an election year,” the Democrat said.  “Other people think passing it would inoculate the legislative candidates in tough districts.”

Republicans hope the issue will play particularly well in districts like the 14th, which promises to be among the most competitive races in the state.

Earlier today, Democratic state Sen. Jeff Van Drew threw his support behind the plan, telling PolitickerNJ he is “with the governor” and supports “giving a little back.” 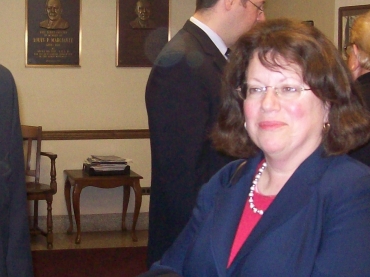