JERSEY CITY – Ugly is an understatement right now in Jersey City where the Healy Campaign today savaged challenger Steve Fulop in a mailer targeting over 40,000 households.

An unflattering photo of Fulop folds out centerfold style.

In an opposing corner of the ad, Mayor Jerry Healy manages to highlight his endorsement by President Barack Obama.

Contacted for a response to the ad, Fulop spokesman Bruno Tedeschi said, “Until Mayor Healy comes clean on where the $30,000 is that he took from convicted felon Solomon Dwek in one of the biggest corruption scandals in New Jersey history — a scandal where Healy allowed a 78-year old grandmother take the fall for him — we will not comment on his lame attempt to malign the only true proven reformer in the race for Mayor of Jersey City, Steven Fulop.” 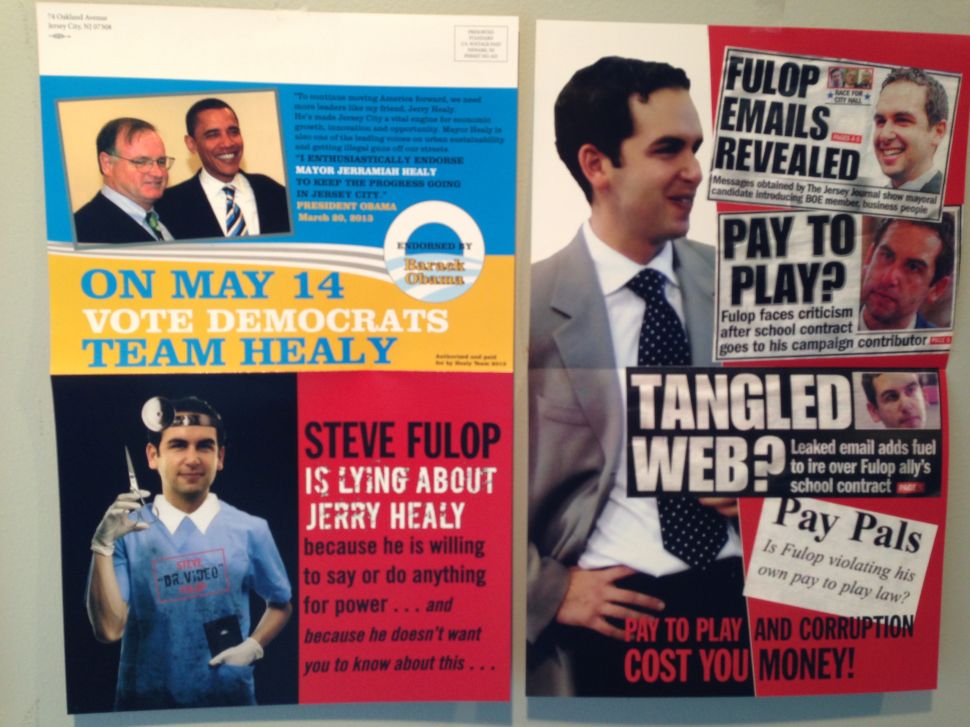