JERSEY CITY – The medical center towers over the city, professional home to health service workers in search of a contract and the latest dramatic set-piece for the mayor’s race.

Incumbent Mayor Jerry Healy has the backing of AFSCME, the green-shirted throng on the pavement outside the hospital, infuriated by what the union says is the hospital brass’ union busting ways.

Scott’s the hospital CEO and the object of labor derision throughout the rally attended by AFL-CIO NJ President Charlie Wowkanech, and numerous public officials, including Healy and downtown Councilman Steve Fulop, who’s challenging the mayor.

The workers want Scott back at the bargaining table but haven’t yet heard whether that will occur.

“We endorsed the mayor,” Gollin told PolitickerNJ.com in the crowd. “He issued a letter and backed it up. We couldn’t have asked him for more.”

Healy, under a Jersey City baseball cap, beamed among the troops.

“They’re right,” the mayor said as he climbed onto the makeshift stage and assumed the ready position front and center.

Fulop was up there too, off to one side.

“Mr. Fulop is not an enemy,” Gollin said. The city councilman joined a resolution in support of the health service workers.

But Healy already had ASCME’s support.

“We’ll be putting a lot of resources into GOTV to help his re-election effort,” the labor leader said. 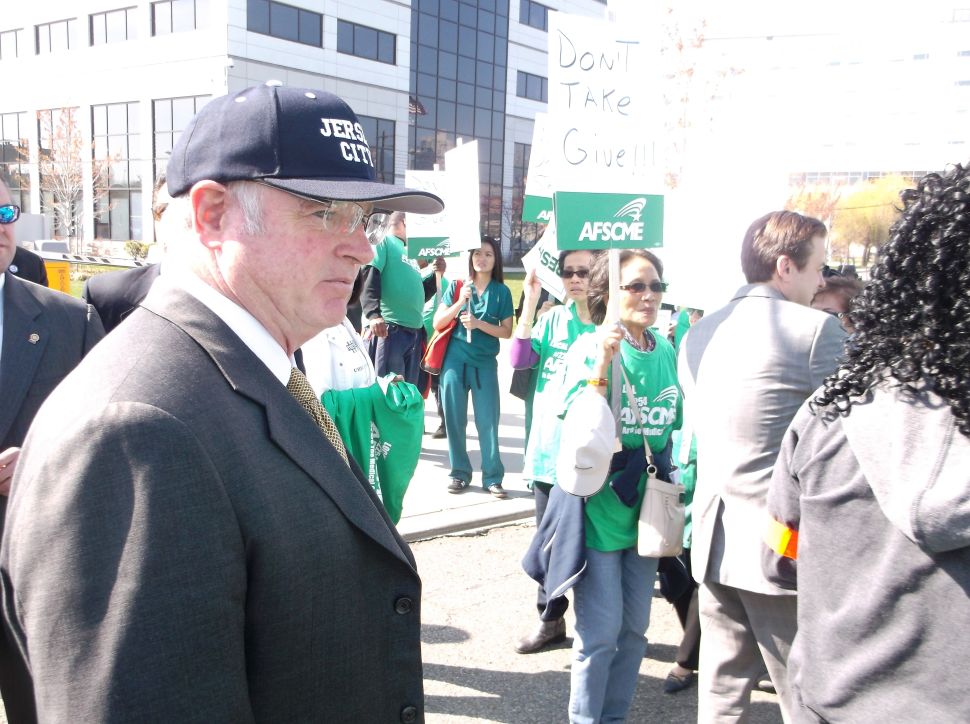