Jersey City Mayor Jerry Healy has issued a “cease and desist” letter through his attorney demanding that his opponent stop running an ad showing him at a diner with disgraced former government informant Solomon Dwek.

The letter from attorney William Northgrave of McManimon, Scotland and Baumann calls the ad “defamatory” and demands it be withdrawn immediately.

“Failure to do so exposes you and those who prepared, published and/or disseminated the Ad  to damages suffered by Mayor Healy, including but not limited to punitive damages,” Northgrave wrote.

The ad features FBI surveillance video of the meeting. In the video, Dwek is posing as developer Dave Esenbach, who purported to be interested in building a condo complex in Jersey City.  The developer can be heard telling Healy that he hopes his application will not end up at the “bottom of the pile” and tells Healy he gave “Jack” $10,000.

“And I’ll do another 10 now,” Dwek can be heard telling Healy.  The voiceover tells viewers they are watching surveillance video of Healy making a “$30,000 secret deal with a developer.”

Several state and city officials were arrested over dealings with Dwek, but Healy was never charged in the sting. “Jack” refers to Healy associate Jack Shaw, who is seen in the video taking the money from Dwek.  Shaw later committed suicide.

Northgrave goes on to threaten that Healy will review “all available avenues, including but not limited to pursuing a judgment against you and all involved in the preparation, publication, and dissemination of the ad.”

“It’s clear from the video that Healy was fully aware Dwek paid his campaign $30,000 – well in excess of the campaign limits of $2,600,” Tedeschi said. “Yet, Healy let his campaign treasurer, a 78-year-old grandmother, go to jail instead. Now he is trying to stop the public from seeing him do the dirty deed in black and white. Rest assured we will continue to air the ad as is and allow the public to draw its own conclusions.”

The Jersey City race has featured accusations of corruption from both Healy and Fulop as both men seek an advantage in the May 14 contest. In a debate last week sponsored by PolitickerNJ and St. Peter’s University, the two men claimed to get along “reasonably well” and said despite the continued accusations their respective campaigns have shown voters each man’s qualifications to run the state’s second largest city. 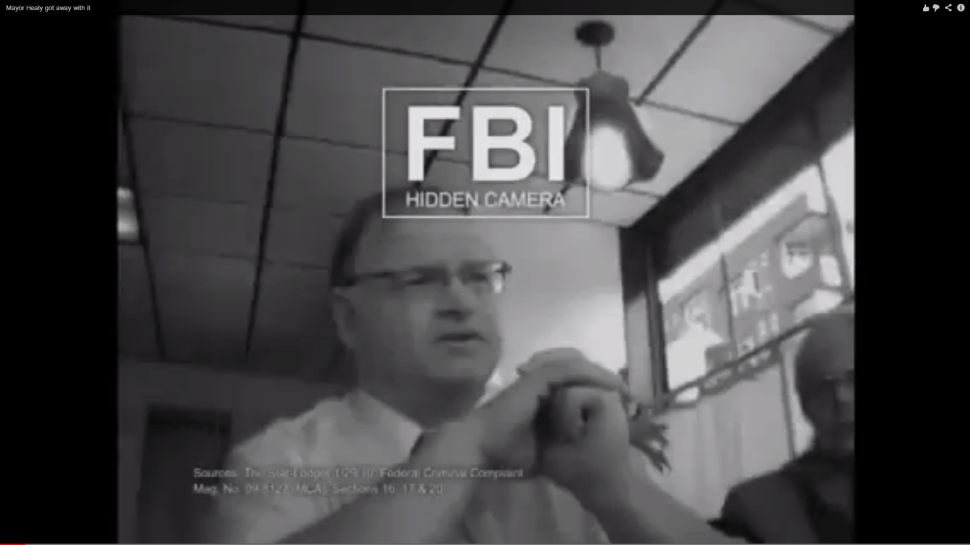