JERSEY CITY – The door in the back of his headquarters swung open and Mayor Jerry Healy galloped for the front door.

“It’s ugly but they’re all ugly,” Healy told PolitickerNJ.com in reference to the campaign. “I run and they throw s-t at me. I’ve been inoculated, immunized, whatever you want to call it.”

He was in a bright mood. He grabbed a chair and sat.

“We outraised them… in the last quarter,” the mayor said of his rival’s fundraising.

Still, Fulop overall has double the cash on hand.

“We’ve got a fundraiser (hosted by Tonio Burgos) Thursday night and another one after that,” Healy said, buoyant by the race by appearances.

“He raised $40,000 since breakfast this morning, and that’s hard money ,” said Healy operative Craig Guy, looking up from his BlackBerry.

Former Gov. Dick Codey today endorsed Healy and plans to do a robocall on behalf of the mayor. Assemblyman Tom Giblin (D-34) and the Operating engineers Local 68 likewise backed the mayor.

On his way out to Oakland Avenue, Healy slammed his lead opponent, downtown Councilman Steve Fulop, for trying to stir questions about Healy’s opposition to school vouchers.

Healy claims he wrote a letter in support of the Opportunity Scholarship Act so the children in his city wouldn’t be excluded from the pilot program but called his support for vouchers a mischaracterization. 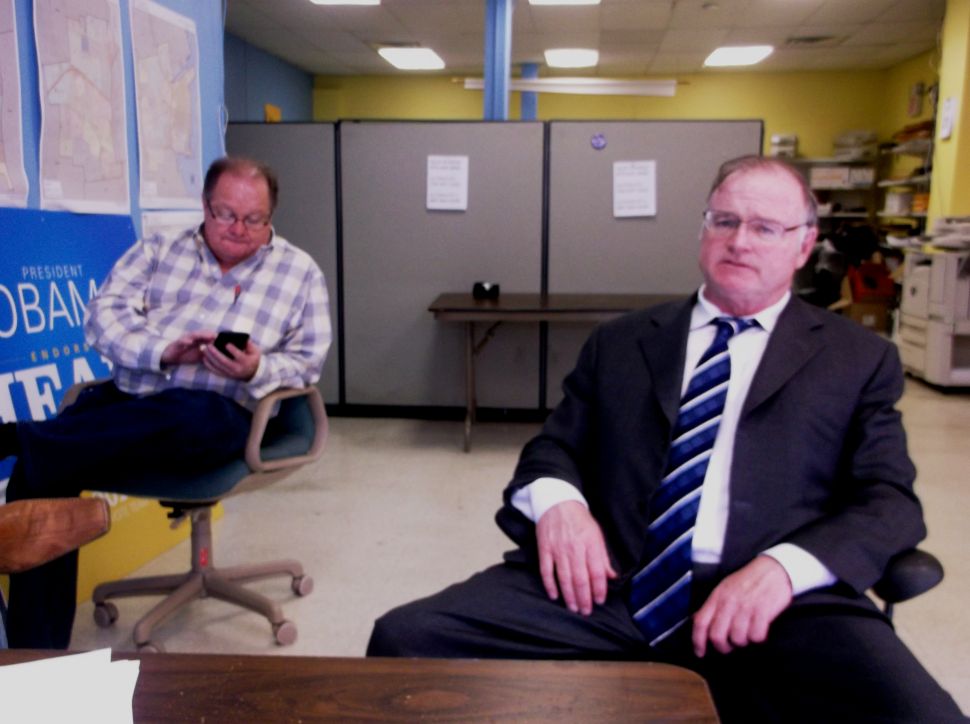