HIGHLANDS – There’s no way to escape the Jersey City mayor’s race – even in Monmouth County.

Backed by President Barack Obama, Healy said the President called him personally to check in when Sandy upended the city.

Connors was particularly harsh, announcing what he saw as Healy’s feeble-footed effort as the main reason for his abandonment of the mayor’s cause.

“It was a preposterous utterance,” Healy said of Connor’s critique. “It was a wholly manufactured excuse” for Connors to justify leaving the Healy political circuit, the mayor said. 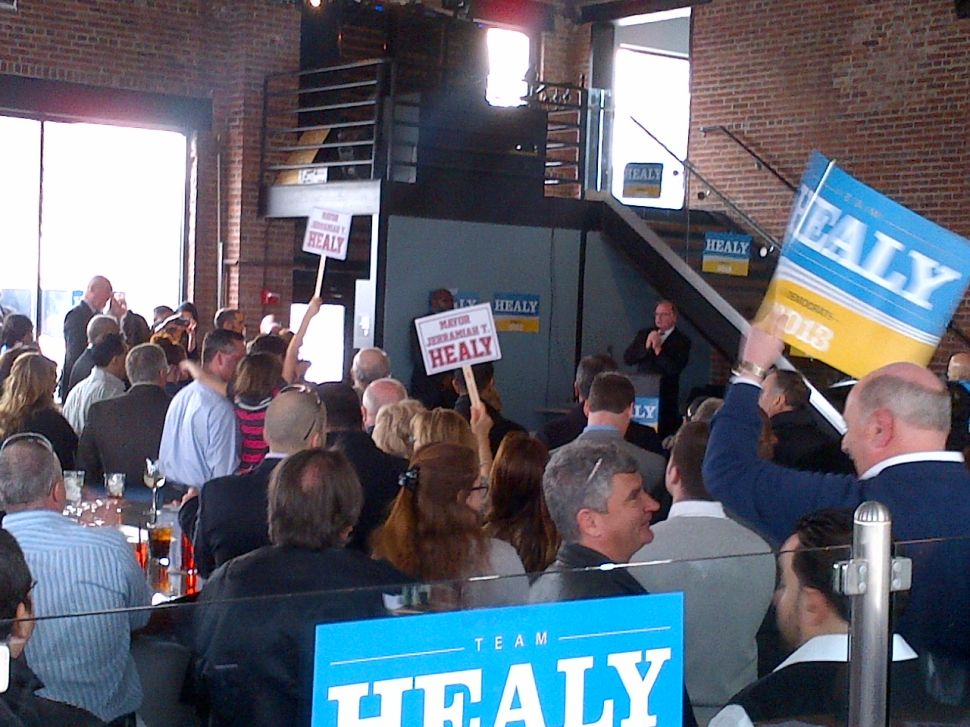