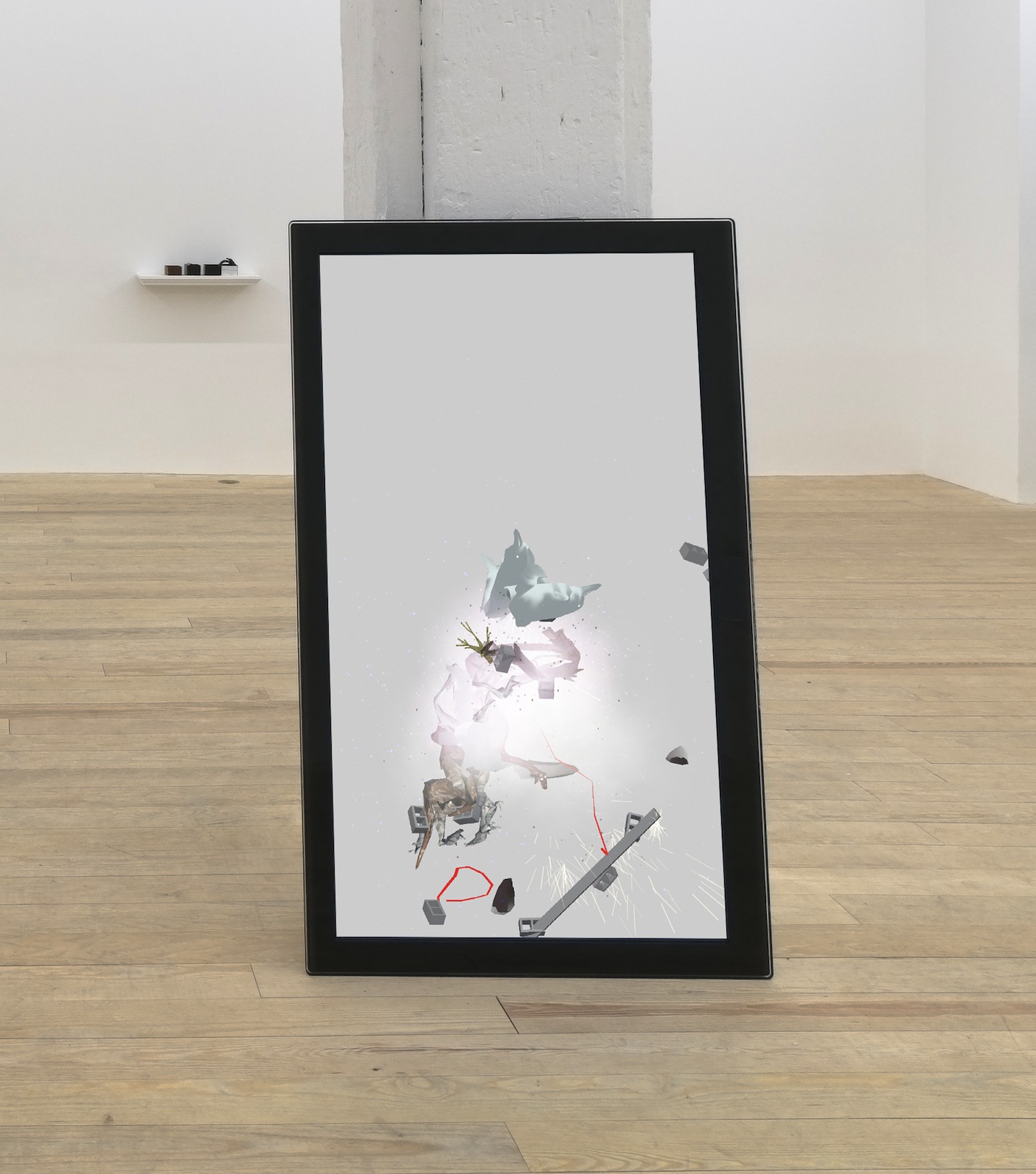 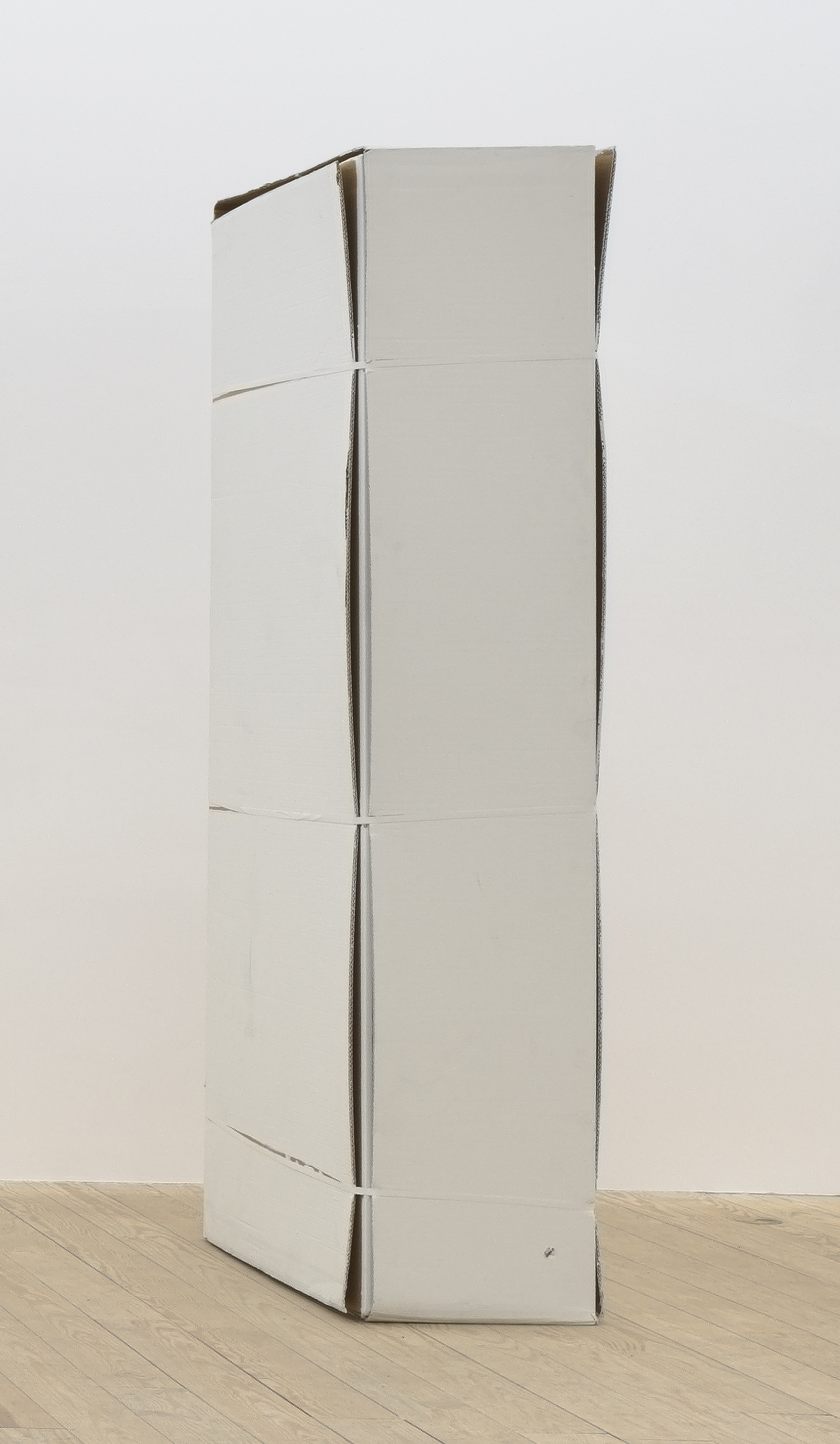 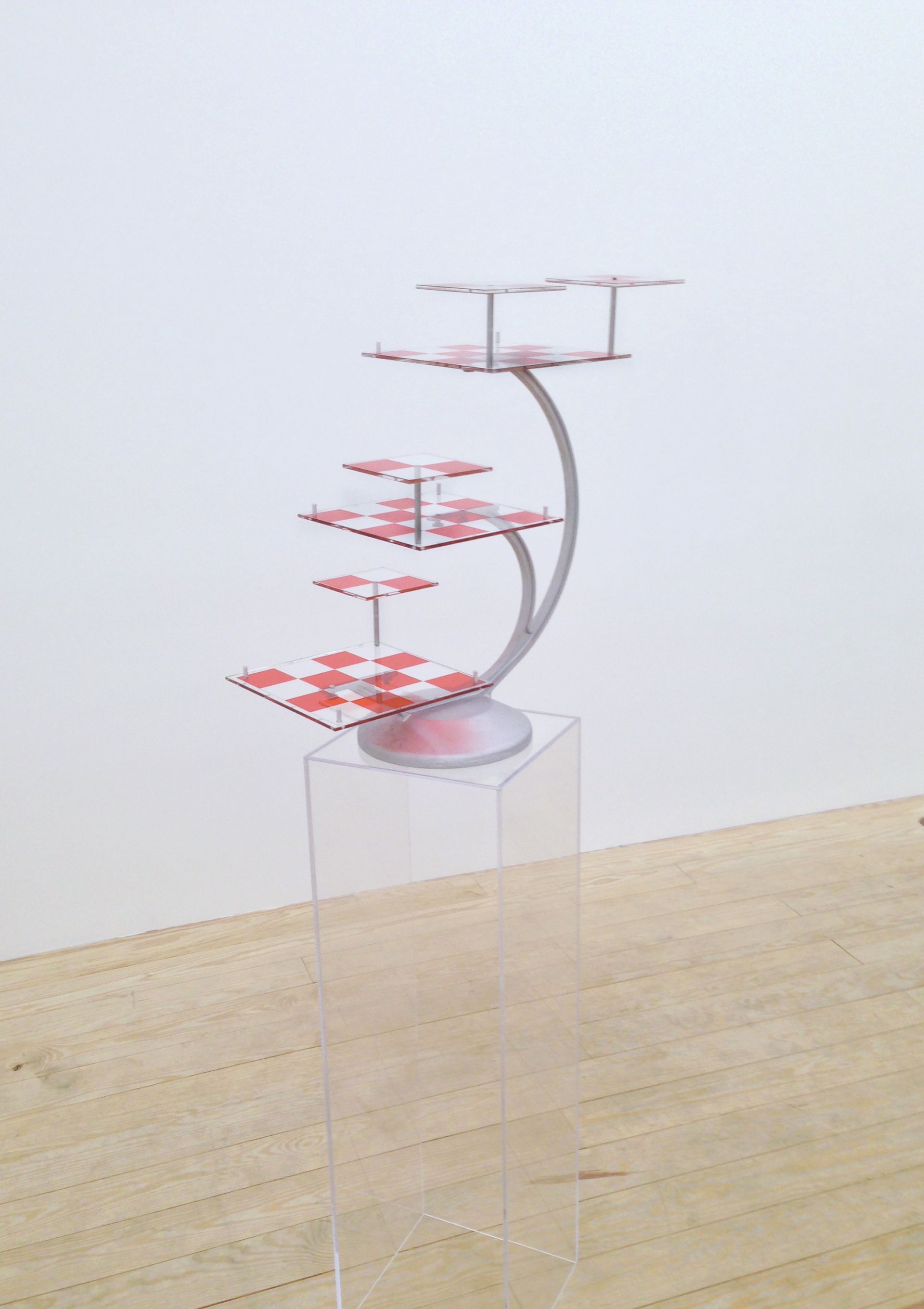 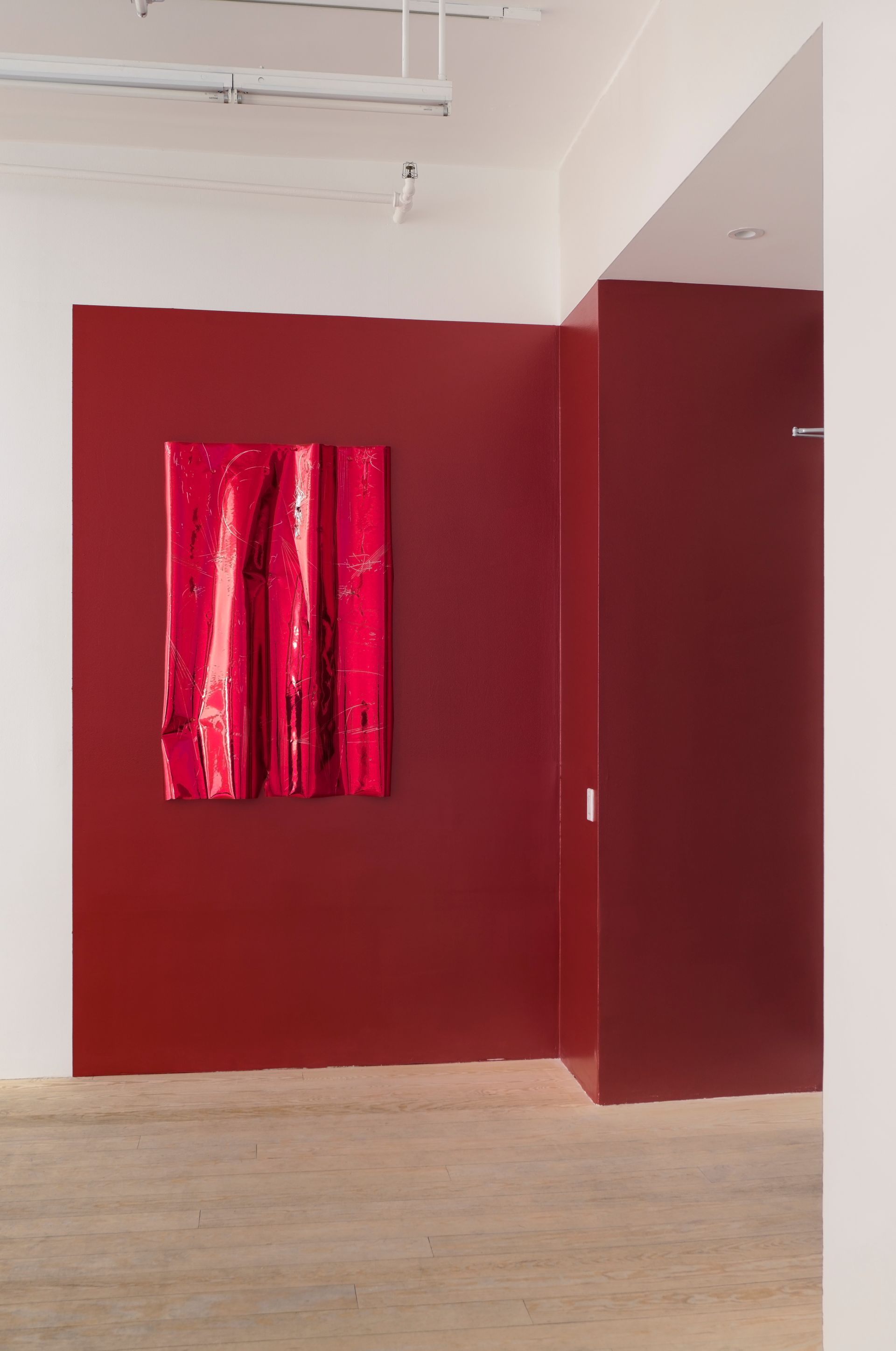 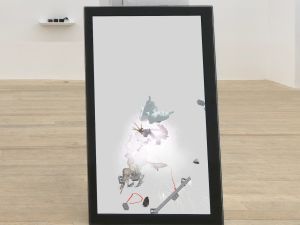 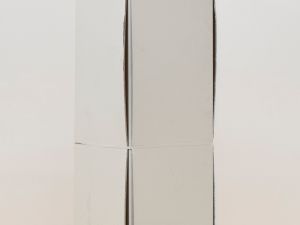 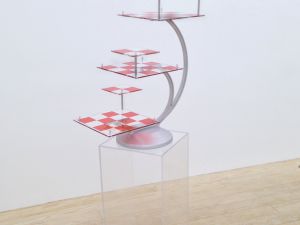 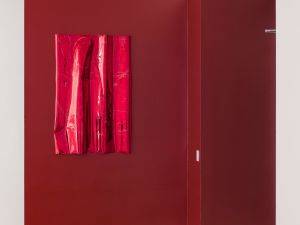 There’s a thin line between suggestive paradox and resignation, but “HMV” manages to walk it. Organized by independent curator Alexander Shulan, the exhibition is named after the 1968 Stanislaw Lem novel His Master’s Voice, which follows a group of scientists who fail to interpret a signal from outer space because they can’t keep from projecting themselves onto it. By the gallery desk, Bradley Kronz and David Flaugher show that you can put a lot of nuance into the way you say “fuck it,” Mr. Flaugher with an untitled whitetail deerskin on the floor covered in dirty cardboard and ready to be walked on, and Mr. Kronz with a grubby, down-market replication of a prop from an extremely silly Belvedere vodka ad. (In the commercial, graffiti artist Andre Saraiva carries around an immaculate silver briefcase containing a bottle of vodka and two cans of spray paint; the protective foam in Mr. Kronz’s distressed version was ripped out of his couch.) Pamela Rosenkranz’s Ultra Smooth Content (Avalanche White), a 6½-foot-tall cardboard box painted white and containing an Ikea couch, with the plastic binding strips slipped here and there to reveal the original cardboard brown, shows the imperviousness of our cultural narcissism: whether it’s made out of marble or garbage, it’s all still us—at least, so far. Ian Cheng’s Entropy Wrangler (Study), a video of theoretically infinite duration and unique iteration each time it’s turned on, drops simulated dinosaurs, dolphins, rocks and cinder blocks into a bluish-gray nothingness to watch them collide. The smooth teal dolphins, colorful explosions and long T. rex necks stretching and tangling like magnetic tape are like saccharine—there’s a brief but aggressive cuteness before you taste their poison. But the poison also fades, and the new digital world comes to seem simply alien; by the time we figure out what it wants, it will be too late. (Through May 4, 2013)