NEWARK – For the second time in four years students today walked out of classes in protest over state and local cuts.

Students, community leaders, the Newark Teachers Union and Rutgers Faculty Union showed up protesting and testifying against Christie’s budget, and charging 2 Cedar Street with scare tactics. Yesterday evening the Newark Public Schools activated their robo call system to parents. The calls warned parents of the possibility of suspension of their children who left school to participate.  Principals said they were given an order to reinforce the robo-messaging.

At the heart of the student protest are Christie’s $56 million in proposed education funding cuts.

Student leaders charge that these cuts are in direct opposition to the 2008 School Funding Reform Act, asserting that Christie can cut education to urban students while giving tax breaks to business and the wealthiest New Jerseyans.

Students charged that Superintendent Anderson, while hindered by the education funding mayhem of the state-run school district, has done more to hurt their education by cutting student clubs-arts programs across the board, firing of essential staff, sports programs and the closing/consolidation of schools.

Students, community leaders and school board members assert these cuts are all happening under the superintendent’s charge, while she has been on a hiring frenzy, using the private philanthropic fund Foundation For Newark’s Future as a human resource payment system. Newark Public School board member Deniqua Matias said, “although the school board does not have control over the FNF funding, it is disheartening that the sup is leveraging those funds to hire consultants instead of what I’m sure the $180 million was intended for – substantive student achievement.”

Matias added, “We’ve shared with the sup that perhaps a better function for teachers who are not placed in school would be to train them to perform the much needed consultation. The board has shared this with her on several occasions but it appears to fall on deaf ears.”

Science High School student and Co-lead Thais Marques of the newly formed Newark Student Union who testified in front of the Assembly Budget committee today, said, “Governor Christie’s $56 million deduction of public school aid will impact the most at-risk students. Students that need special education programs, art and other activities to stay off the streets.” She further said, “students in Abbott districts are being impacted the most harshly. In Newark for instance, schools are losing their department chairs and teachers that have been beneficial to many students in helping them grow and learn.”

Calls to Anderson’s and the office of state Education Commissioner Christopher Cerf were not returned. 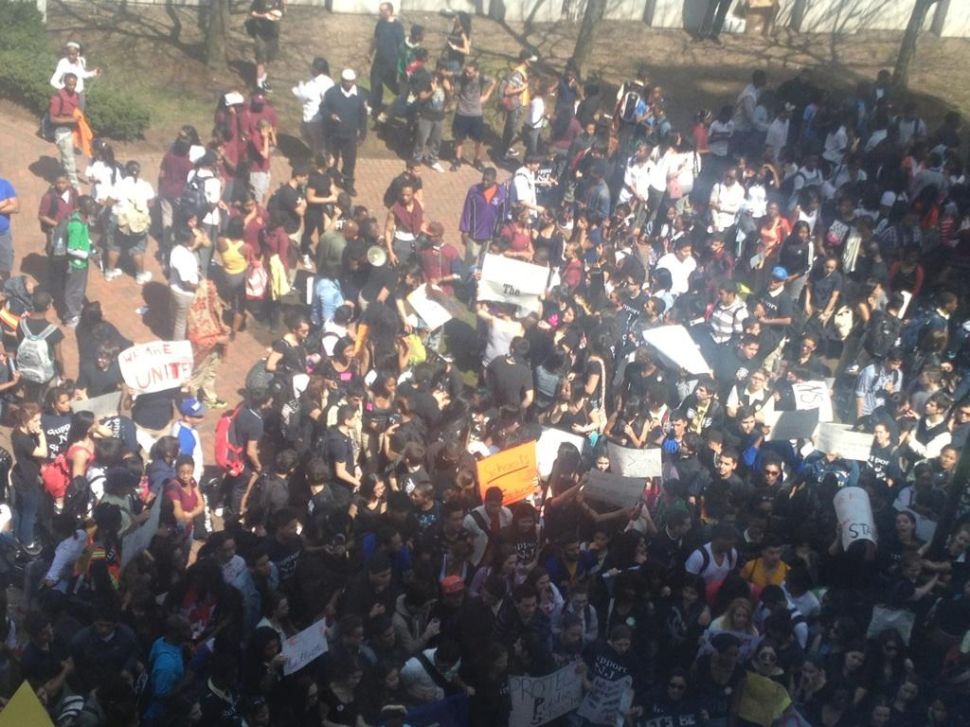