Democratic incumbents Assemblyman Herb Conaway (D-7) and Assemblyman Troy Singleton (D-7) defeated their challengers two years ago in a donnybrook, and this year, the GOP trusts Republican Gov. Chris Christie at the top of the party ticket will give the incumbents fits.

Republicans figure the Christie brand name will change the dynamic enough to give establishment challengers Jeff Banasz and Anthony Ogozalek a boost.

The pair first must get through a GOP Primary, but the Burlington County Republican Organization is confident that its candidates will have every advantage in that preliminary contest.

Anticipating a general election matchup, “The closest Republican challenger lost by 1,249 votes,” in 2011,” said Ogozalek, a former mayor of Delran and retired police officer turned attorney. “Now we have Gov. Christie on the ticket.”

“We’ve got your back,” Bramnick told Banasz, a Marine who served in the Iraq War as an artillery officer and platoon commander during the invasion of Baghdad.

A rising star in the Democratic Party, Singleton knows the Trenton GOP is going after him and his running mate Conaway.

“First of all, I would say that all those folks out in front of the capitol building today deserve credit for stepping up to run for office,” the incumbent Democrat said.

But he objected to the unwillingness shown by Republicans to distinguish themselves from the sitting GOP governor and trusts in his and Conaway’s localized representation of the district to withstand a Christie onslaught.

“We voted in support of things and we have been critical where important,” Singleton said. “Citizens don’t want a rubber stamp. Herb and I have both backed the governor and parted with him in certain instances.”

The assemblyman said his running mate served as a prime co-sponsor on legislation securing a longstanding government contract for Lockheed Martin, one of the biggest employers in the district, which the governor supported. Singleton added that he personally sponsored the Higher Education Bond Act, which Christie backed.

“It’s no secret that we have a lot of commonality on education issues,” Singleton said of himself and the GOP governor.

He noted that, conversely, he disagreed with Christie’s veto of $330 million in phased-in property tax relief, and made the case that Democrats in the Legislature have pushed back on issues of importance where the GOP might have been loath to offer resistance.

“The governor’s desire for an income tax cut, for example, when financially the budget couldn’t support it,” Singleton said. “I think we all have to be mindful and do it in a manner that’s prudent, and I think the governor recognized this is not the right place or time and didn’t put the income tax cut in the budget. I think there is a real example where Democrats provided counterbalance.” 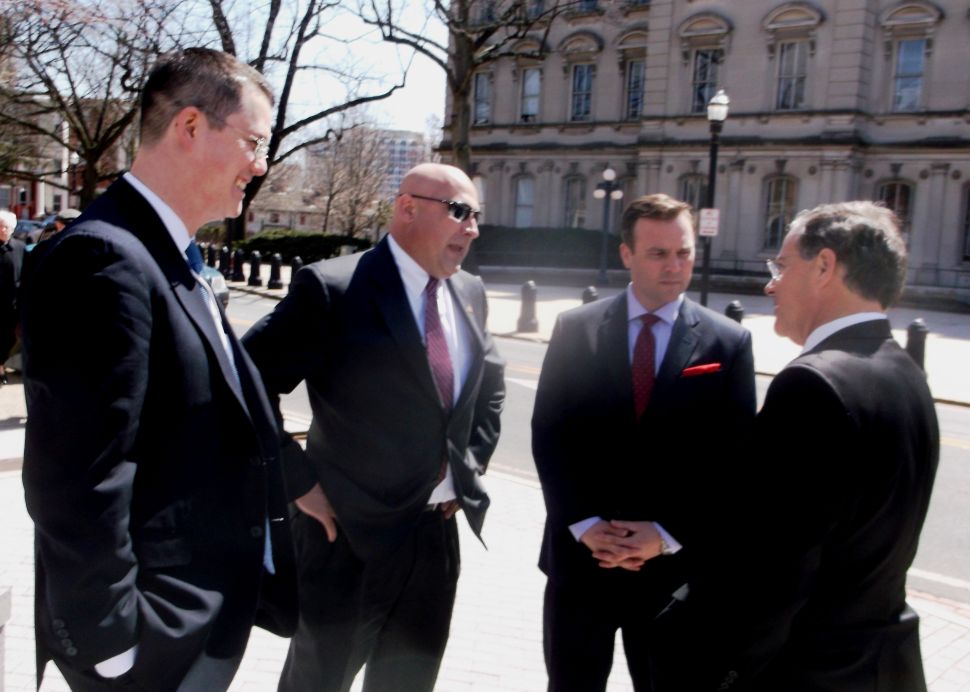