It was quiet for a while.

Then the neighborhoods began hearing a lot of the president – both in ads and on mounted cars – circulating the kind words for the mayor, again and again. People outside Jersey City began questioning what had happened to Downtown Councilman Steve Fulop, Healy’s most organized and vocal challenger.

If no one actually outright suspected him a casualty of the Obama news, they at least sensed a momentum shift in the campaign and the awakening of Healy.

To hear Fulop tell it, it was indeed very quiet – but not still – as his team put their heads down and organized through the turbulence of the Obama endorsement.

It looked like Healy planned to ride the Obama support all the way to May 14. No need to go negative, ran the CW; Healy has the president.

Then last week the Healy Team jolted Fulop with a mail piece: “Steven Fulop has a plan… he just doesn’t want you to know about it.”

There’s an unflattering picture of Fulop that accompanies that intro. When a voter opens the glossy, the siege continues.

“Steven Fulop wants to be your mayor but, as councilman, he used his power and influence to steer contracts to his wealthy donors to make them even wealthier. Steven Fulop’s wealthy friends were given taxpayer funded contracts even though they cost more money and were deemed less qualified. Pay to Play corruption cost you money.” On May 14, say no to the Fulop Plan.”

“Fear. A Swift Boat-style campaign of fear,” said Fulop, seated in his busy campaign headquarters on JFK Boulevard at the headwaters of wards A, B and F.

“Fear of the unknown,” he added. “That’s what the Healy campaign is putting out there.”

The candidate told his attack dog to retaliate.

So Tommy Bertoli unleashed a mailer the gist of which asks “Why is Mayor Healy running a negative campaign against Steven Fulop and spreading lies? Because he is desperate to hold onto power and has no record of achievement on failed schools, 2,000 violent crimes in 2012, 16 members of his administration arrested, property taxes are up over 84.”

Then the piece adds, “But that’s not all.”

Fulop followed that up with a TV ad buy this weekend that actually rolls tape on Healy’s encounter with Dwek, contact that resulted in the jailing of Healy’s deputy mayor and the suicide of his political operative.

Campaign volunteers in late afternoon hit the phones and prepared the next round of mail pieces in the bustling HQ, and Fulop told PolitickerNJ.com he is feeling good about the campaign.

They believe they are in a close contest, but they also say they think if they hit their numbers they will win.

But 2009 wasn’t a transformational election.

The challengers were tired, Fulop and Bertoli maintain.

“This is a transformational election, and that means you have to look at DeGise versus Cunningham or Schundler versus Healy,” Bertolli said. “Those were not 32,000-vote elections. They were 38,000. If we hit 38,000, we win.”

As the ugly mail flies with greater velocity, the fight for the city’s African-American votes likewise continues.

“His campaign is about fear and Obama,” said Fulop.

The challenger has responded by highlighting the early endorsement of U.S. Rep. Donald Payne Jr. (D-10), New Jersey’s only African American congressman, and the support of 50 black leaders citywide.

The soothing tones of the president persist from Healy world.

But given the mail and TV conflagration of the last few days, and the tightness of the race, nothing soothing sounds louder at this point than the salvos from both intensified sides heading toward Election Day. 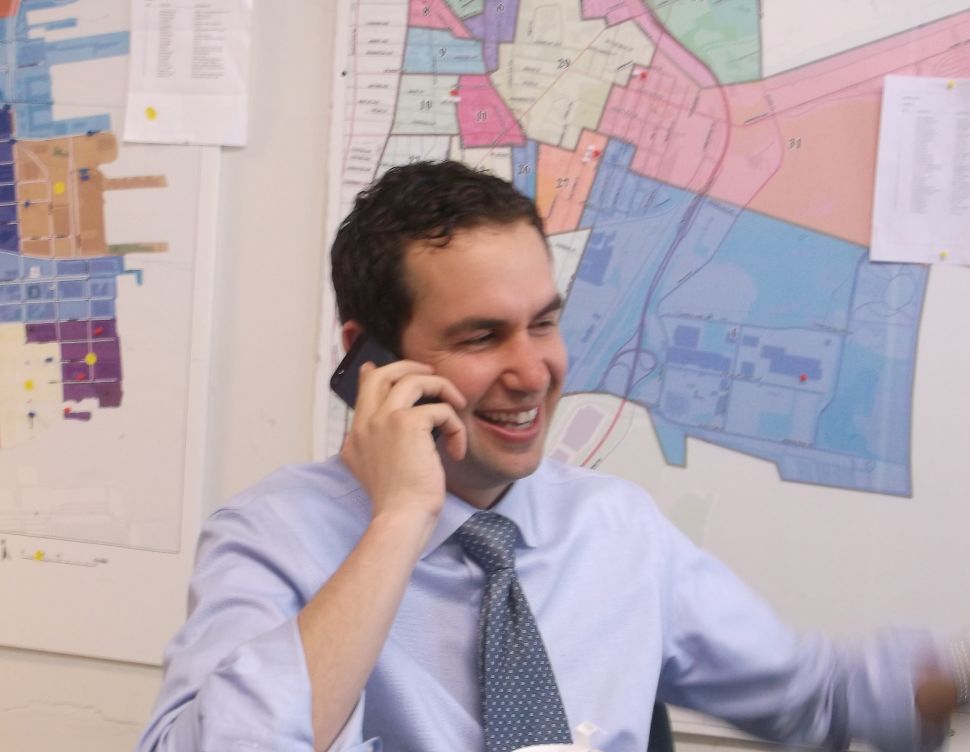