Cornell Tech’s coffers are a little fatter this morning. Yesterday, Qualcomm cofounder Irwin Mark Jacobs and his wife Joan announced they’re donating $133 million to the project. And so the joint program designed by Cornell and the Technion (a project within the Roosevelt Island campus, it’ll allow students to earn dual masters degrees) will now be known as the Joan and Irwin Jacobs Technion-Cornell Innovation Institute.

That’s a useful data point if you’re trying to get your name on a major NYC landmark.

According to the announcement, “The funds will help support curriculum initiatives, faculty and graduate students, and industry interactions in a two-year graduate program.”

“We are delighted to partner with Cornell and the Technion on this unique educational initiative,” the couple said in a statement. “We believe strongly in the mission of this international collaboration to drive innovation and to foster economic development.

This isn’t the couple’s first higher-ed donation, either. Both Cornell alums, they’ve established a scholarship program and an endowed professorship at their alma mater, and their names are slapped on both a Graduate School and a “Center for Communications and Information Technologies” at the Technion. Dr. Jacobs has also already been involved with Cornell Tech, as an advisor.

Wonder how much the Jacobs spent on their wedding. 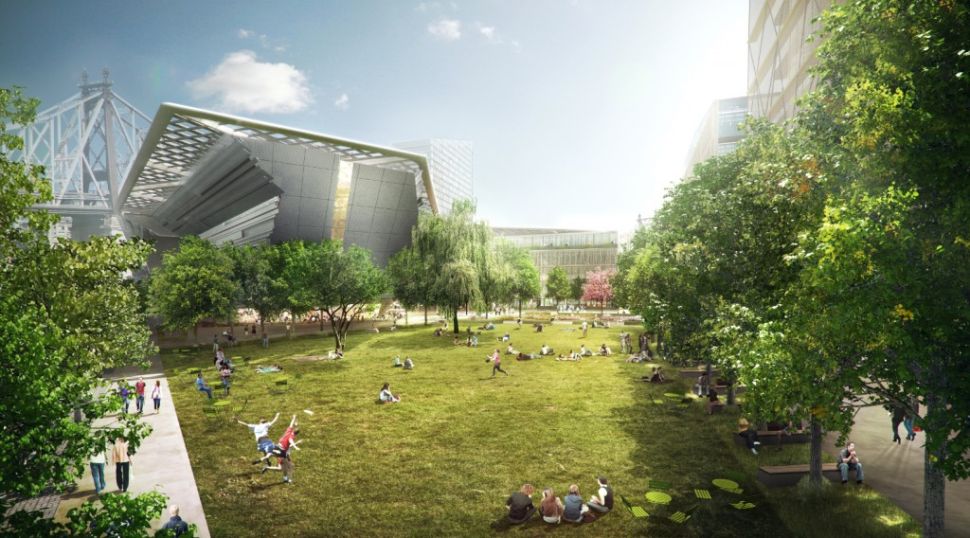