JERSEY CITY – Delighted by President Barack Obama’s endorsement of him, Mayor Jerry Healy’s Obama-love fusillade continues in Jersey City, where at least one insider said it reminds him of another campaign Healy ran: 2004.

That was when Healy successfully campaigned for his first term as mayor.

Mayor Glen Cunningham died in office that year, creating a special local election on the day of the regularly scheduled general election.

In a crowded field of mayoral candidates including Lou Manzo and then-Acting Mayor L. Harvey Smith, Healy went into overdrive with Healy-Kerry signs. He won.

Obama’s endorsement of Healy opened up the chance for the mayor to again implement the strategy of national linkage, and he has hit it hard in his re-election effort, with nearly all his post-endorsement pieces featuring some mention of Obama.

But while the sitting president carries more weight in Democratic Party-saturated Jersey City, being on the ballot with Kerry in a presidential election and driving that hand to eye association as the Democratic candidate gave Healy a distinct mechanical advantage in 2004.

This year, Obama’s name is not on the ballot, but Healy’s allies argue that the endorsement is important because it revalidates Healy with Democratic voters.

“Even the Fulop people acknowledge it gave us a bump,” said a source close to the mayor. “People on the fence in wards E, F, and A who might have been 50-50 have told us they changed their opinion and are supporting Jerry.”

A Fulop ally noted that while November’s special election in 2004 was technically nonpartisan, Healy “pretended” he and Kerry were on the same ticket. “It helped,” said a source, bitterly, who tried to beat Healy that year, too.

Someone else rose in the public political eye as well in 2004, albeit unsuccessfully, as downtown Councilman Steve Fulop, with the support of Mayor Cunningham, challenged then-U.S. Rep. Bob Menendez and lost in the Democratic Primary. 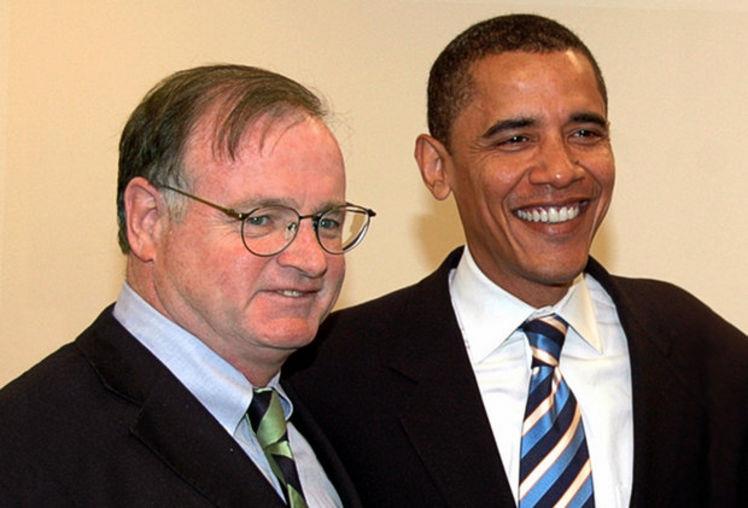