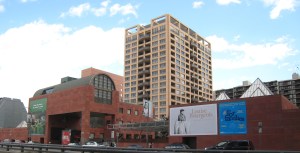 The Los Angeles Museum of Contemporary Art, perennially beset with reports on its failing finances, is enjoying some good news. Trustees announced today that they have raised more than $50 million for the museum’s endowment in the past month, bringing it to $75 million. Prior to the campaign, the endowment hovered at a mere $22 million.

The Los Angeles Times has the story.