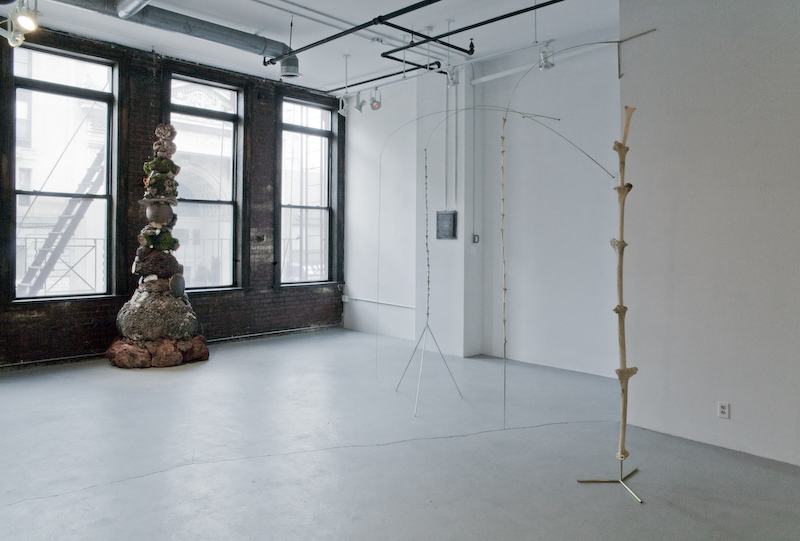 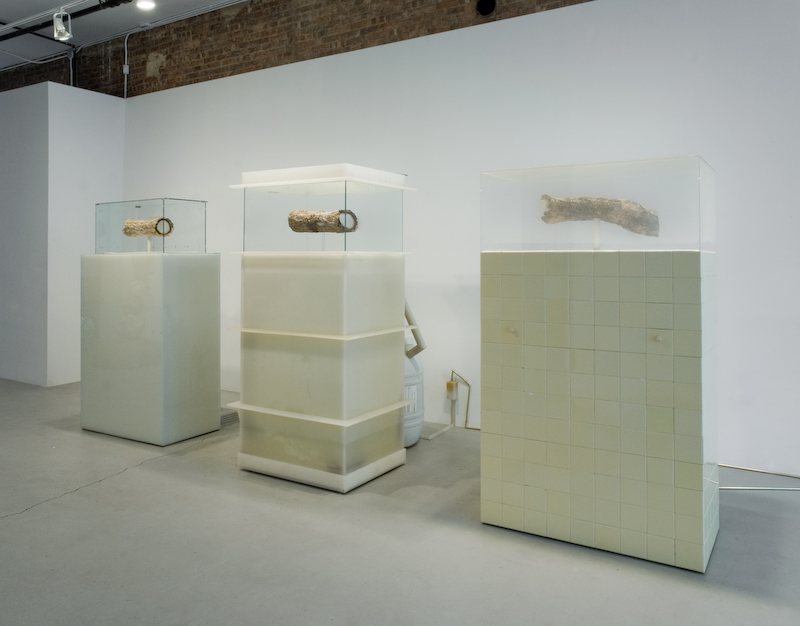 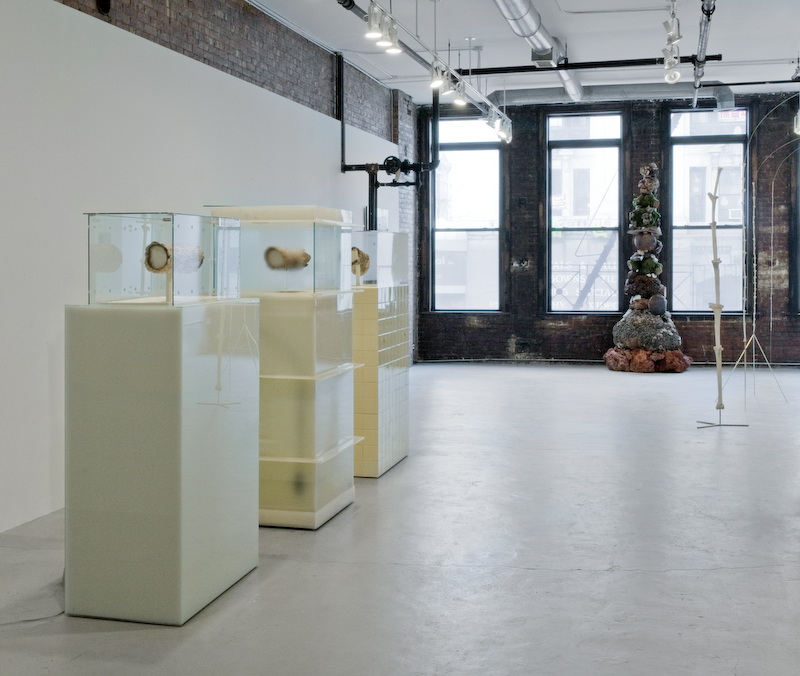 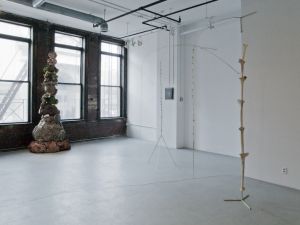 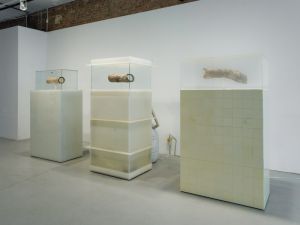 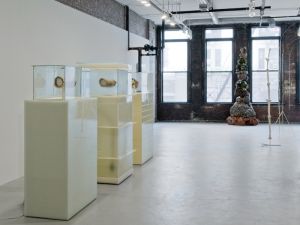 On the floor between two tall windows looking out over the Bowery sits a nest of rust-colored volcanic rocks. In the nest sits a 400-pound redwood burl encrusted with pocky bark and a patch of clamshell-shaped white mushrooms. On the flat roof of this burl, unfastened by anything but gravity, sits another burl, and so on, making a slender tower that reaches almost to the ceiling and is ornamented with green moss, seashells, more white mushrooms and tortoise shells. We want to believe that it can’t be turtles all the way down, because each separate turtle is the climax of its own long process of evolution. But despite its earthy esthetic, the dominating sensation of BurlsHoovesandShells on a Pedestal of Lava Rock is transparency, because it lays bare the thin contingency of artistic intention compared with the momentum of the material and social forms through which it’s expressed. It’s all one living system, yellow cabs careening down the street and electric-green copper seashells trimming the roof of the Bowery Savings Bank not excepted.

French Pollard Head is a composite photograph of one of these burls made by taking a series of close-up photos with an iPhone and then taping them together, with mistakes of scale and overlaps, into a post-cubist panorama roughly in the shape of Africa. It duplicates the way photos are stitched together into panoramas on computer, but also reminds us that a panoramic photo itself is simply trying to duplicate the experience of opening your eyes and turning your head.

A ceramic cast of a stripped willow branch, coated in wax, painted with mushroom spores and rewrapped in its original bark and a protective mesh of fine silver wire, sits in a vitrine above a concealed fish tank: this is As Per This Course of Action: Fish Tank. Two similar vitrines—each with another section of branch, but no fish—sit on either side. In all three glass chambers, machinery maintains 99 percent humidity. Eventually the fungus will grow into the bark and then be allowed to dry out, creating three steampunk-apocalypse artificial trees. It’s not yet clear what will happen to the fish. (Through April 28)