NEW BRUNSWICK – With apologies to state Sen. Jim Whelan (D-2), New Jersey’s most battle-tested legislator stood in the background of tonight’s event as she prepares for a challenge from former state Sen. Peter Inverso.

“Most of them,” Greenstein said. “Twelve races total going back to local government.”

This one may prove her toughest, or so hopes Republicans betting on a comeback by their once reliable champion. Greenstein sits in the seat Inverso occupied for sixteen years until his retirement in 2007.

Sen. Bill Baroni (R-14) won the seat that year then relinquished it after Chris Christie became governor to serve as deputy director of the Port Authority of New York and New Jersey.

“I think it’s yet another tough race,” Greenstein said of her matchup against Inverso.

Hamilton is Inverso’s home town, the place where he built an implacable GOP brand name.

“Hamilton is the classic swing town and half the district almost,” Greenstein said. “In order to win you have to get people one on one. It’s a lot of work. We have a strategy and we’re going to work it the same way we have in the past.” 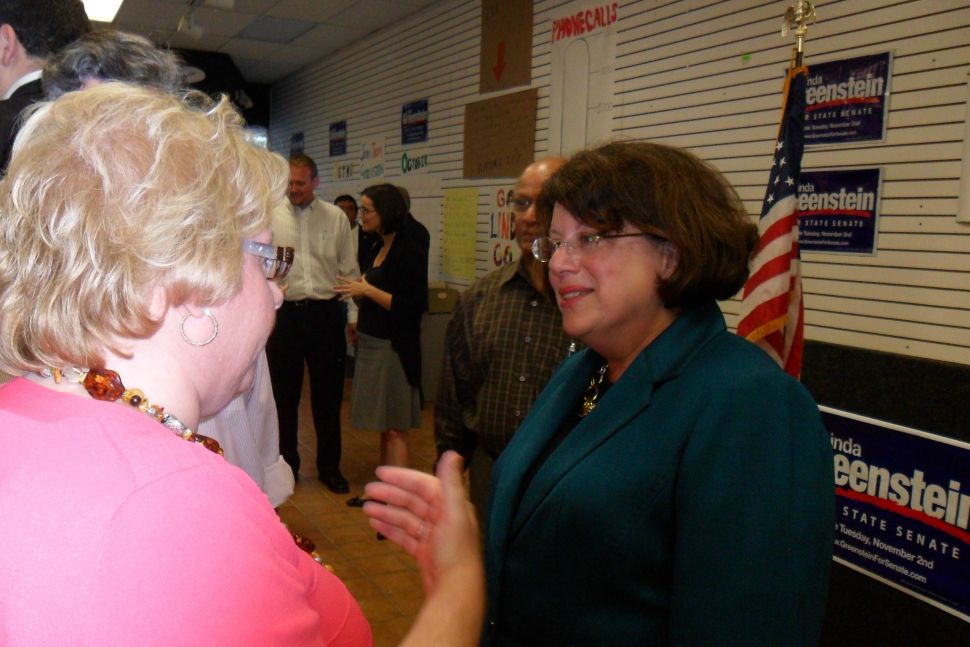