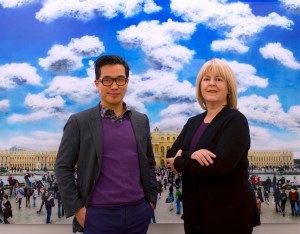 This spring, the Mary Ryan gallery on West 26th Street will undergo a major reorganization, bringing in former gallery employee Jeffrey Lee as a partner. The new gallery will be called Ryan Lee and is currently undergoing a renovation by SO-IL architects, the firm that designed Frieze New York’s tent.

Mr. Lee, who has worked for Ms. Ryan since 2003, said the new gallery will distinguish itself from other mid-tier galleries,  which have been struggling in Chelsea of late, by focusing on international artists without a New York platform. He plans to focus especially on Korea, his area of expertise. “It’ll be a challenge,” he said, “but we’re hoping that our shared voice will be heard.”