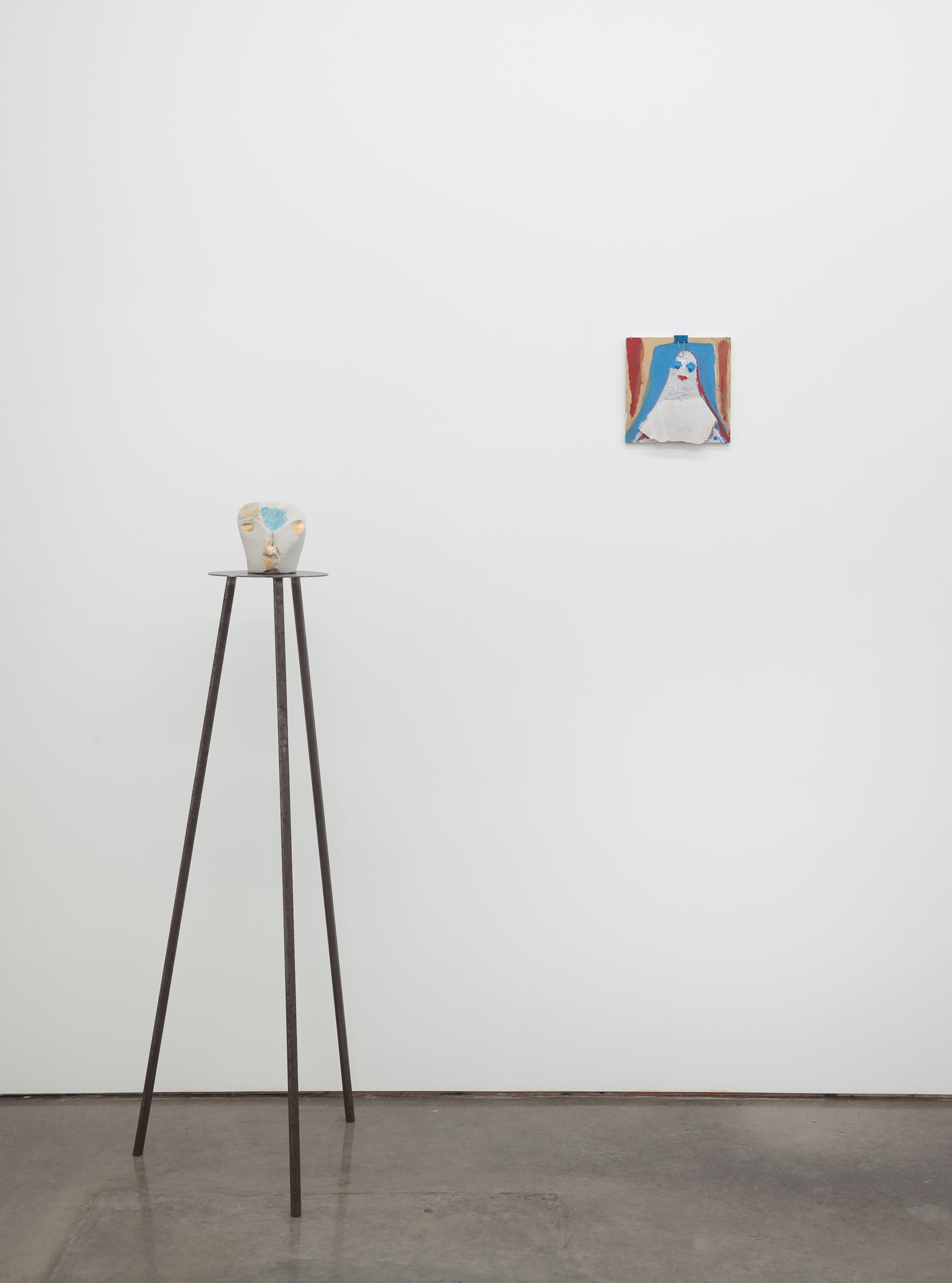 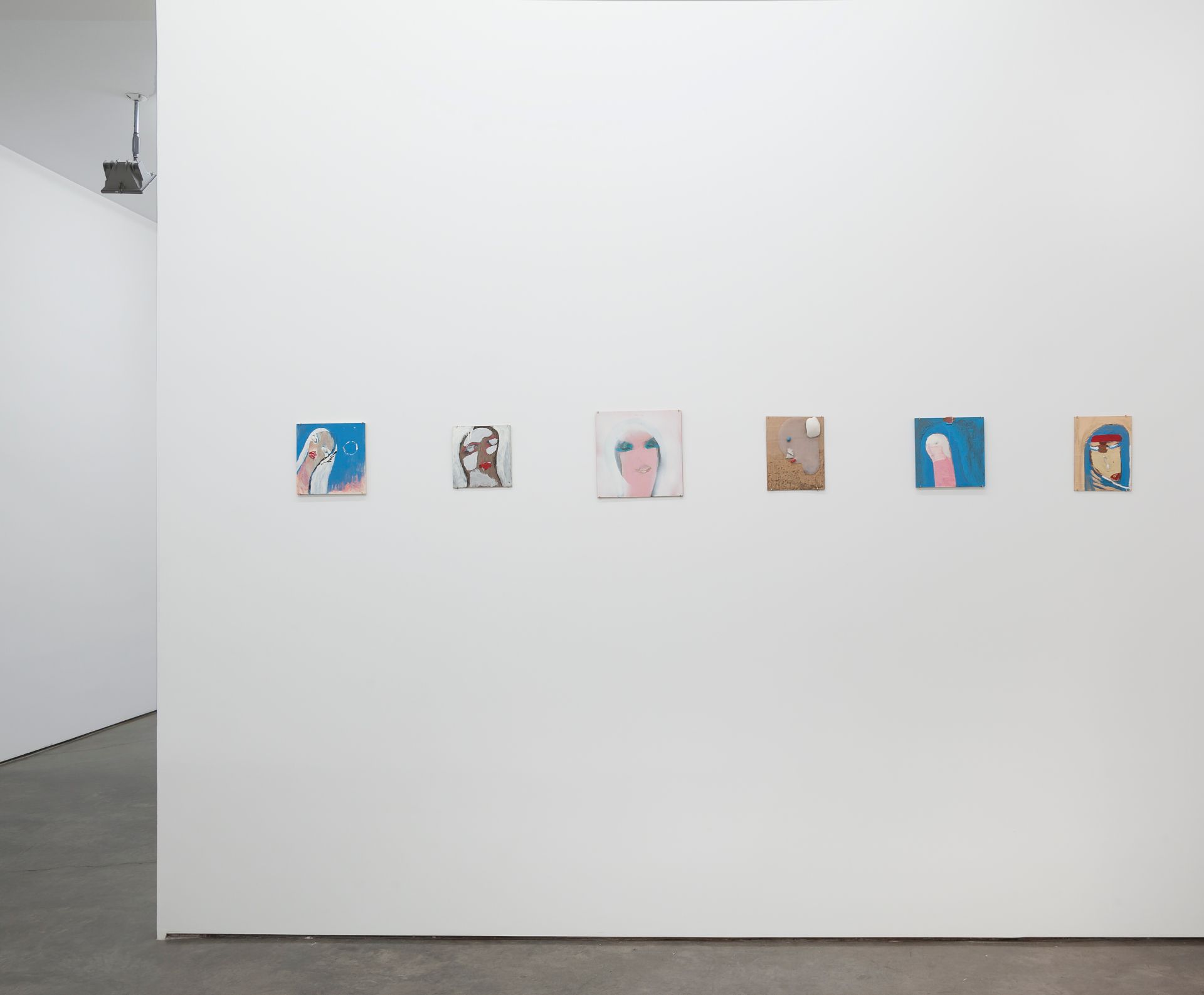 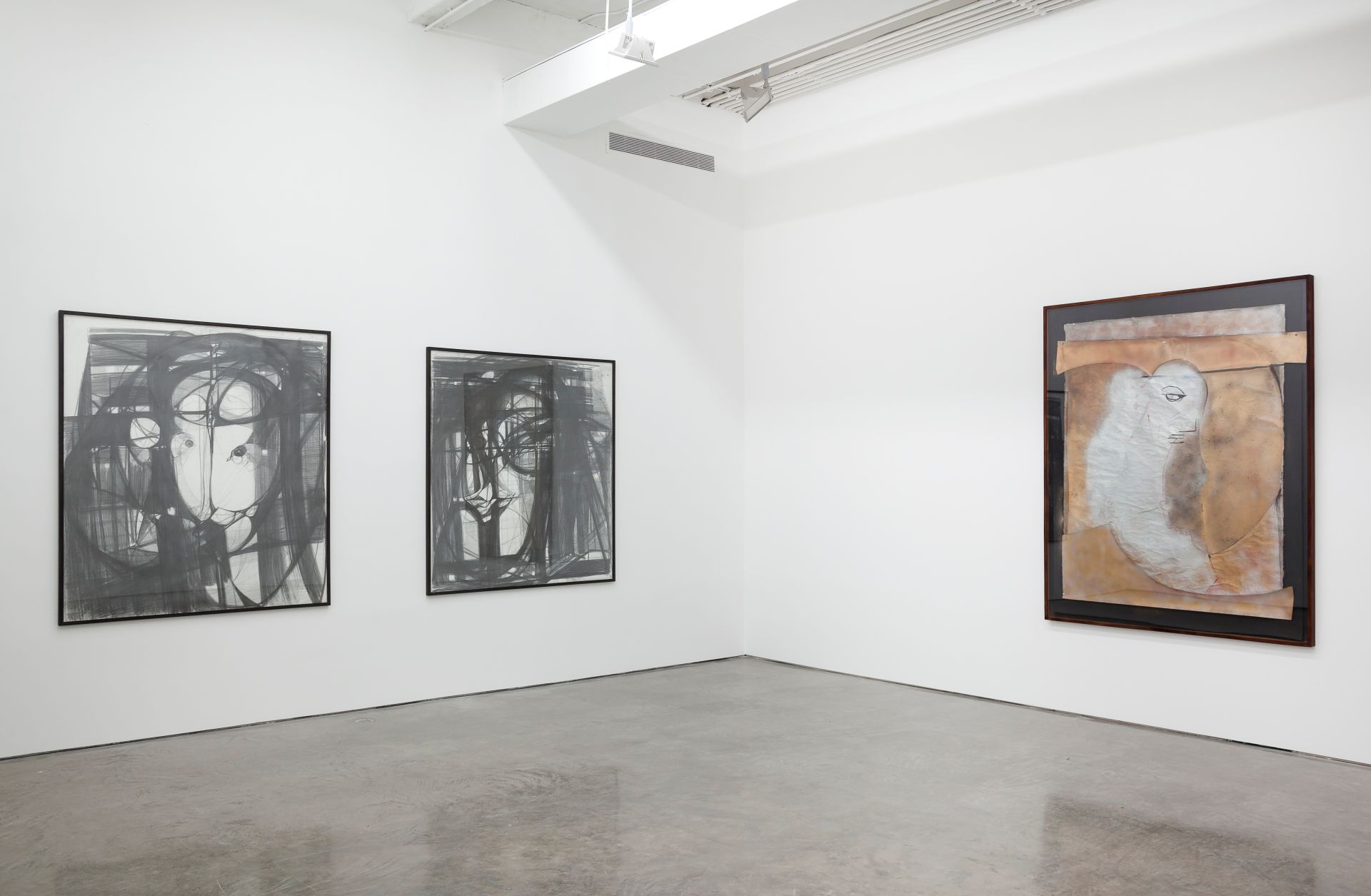 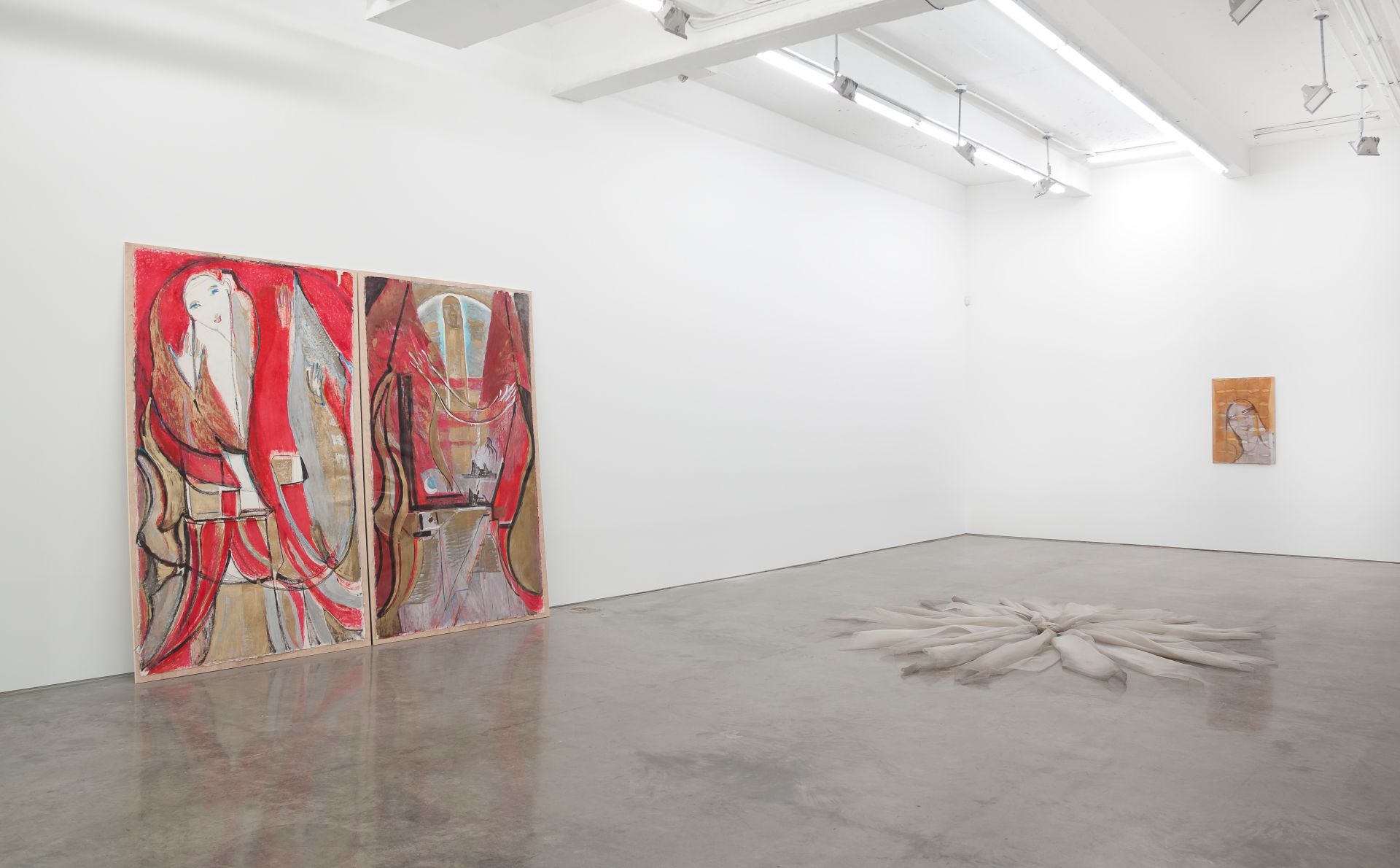 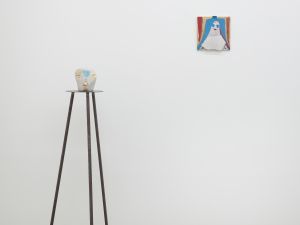 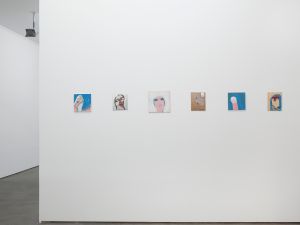 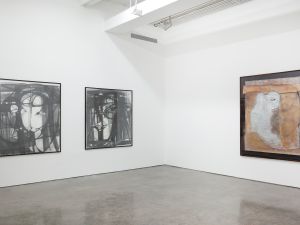 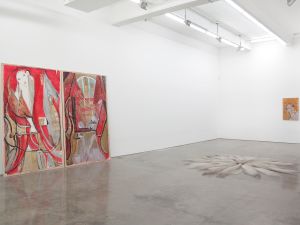 A profligate choice of materials takes the weight off their particularity. Marisa Merz uses paint, graphite, gold leaf, cut paper, tacks, copper or nylon mesh, and clay with theatrical precision—each does exactly the job it’s needed for, and then each can be dropped from our thoughts. The job these materials are most often needed for, in the dozen or so recent works at Gladstone, is depicting a thumb-shaped figure that combines the whimsy of a finger puppet, the self-reproving vagueness of a mystical ode to an unnameable deity, and the separately acting, far more self-conscious Arte Povera whimsy of making the choice to affect this particular style. On the left panel of one untitled, eight-foot-high paper-on-plywood double apotheosis, the thumb-faced figure appears, with azure eyes and gilded lips, against a sea of red. The color is more cardinal than Communist, but flame-like motions at the bottom and a long gray form hanging like a banner from a black pole make clear where it’s pointing. A pair of disembodied arms stretch out with flickering fingers. On the right, the thumb face, more masculine and mask-like, is gold. It rises up between red banners into a pale blue dome above a more definite but still disembodied white embrace.

An unfired white terra cotta head covered in faint scratches, with thumb-depressed eyes filled with gold leaf, its forehead daubed with azure paint like a sadhu’s with holy ash, its alien, avian profile like a Brancusi, and its back pocked and cracked as if the whole were meant to be grabbed and thrown rather than placed faux-reverently, as it is, on a high iron tripod, shows how fine a line there is between nonsense and the numinous. And two large drawings show, with only graphite, the same theatrical assembly of whole pieces—in this case using one line, darker or fainter or multiplied but never essentially changed, to indicate and then turn away from a central white space, as if to say, Yes, yes, here is your play, but what really interests me is the scenery. (Through May 18, 2013)