Can’t wait for the remake of The Searchers.

All dressed up in your spacesuit, with nowhere to go? Perhaps it’s time to put your self-promotional skills to work. Space.com reports that Mars One, the Dutch group hoping to fund a permanent human colony on the red planet by turning the whole dog-and-pony show into reality TV, will begin accepting applications by July.

“‘We expect a million applications with 1-minute videos, and hopefully some of those videos will go viral,’ Mars One co-founder and chief executive officer Bas Lansdorp told SPACE.com.

Mars One now has 45,000 people registered for its mailing list and has already received 10,000 emails from interested individuals, Lansdorp added. The organization will unveil more details about its astronaut selection process at a press conference in New York City on April 22.”

There will be a small application fee to weed out the jokers, with rates lower for poorer nations.

So far, 45,000 have signed up for the group’s mailing list, and Mr. Lansdorp said they’ve also gotten 10,000 emails from “interested individuals.” The plan is to, by 2015, whittle down would-be contestants to a group of 24 willing to take a one-way flight to Mars.

We’re sure if you want to recycle your Real World audition tape, that would be a-okay. 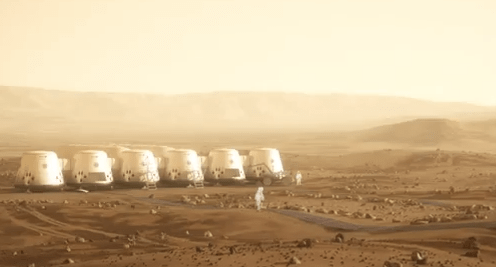