Appearing on Hardball with Chris Matthews tonight, state sen. Barbara Buono (D-18) didn’t rule out going negative in her campaign for governor, but said she intends to campaign on the issues.

“He did his job,” Buono said. “It was a terrible crisis for all of us.”

But how does Buono break through, Matthews wanted to know.

“Voters don’t know me yet,” she said. “I’m going to have a campaign on the issues. Over 400,000 people are out of work and his policies have not corrected (that). I would put people back to work.

Matthews extended his hand at the end of the interview. 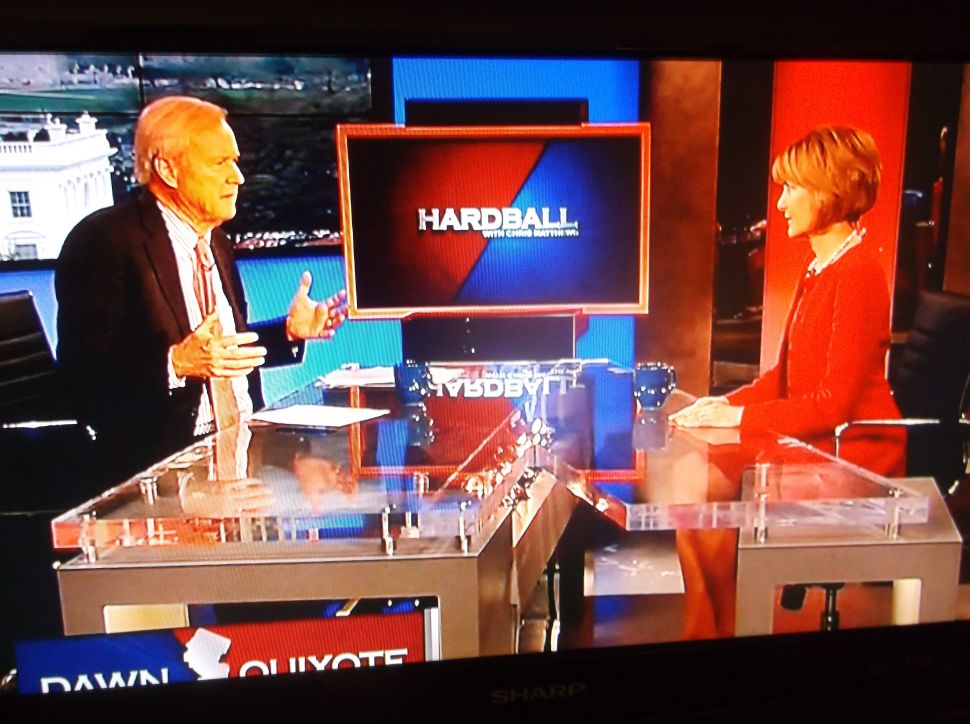