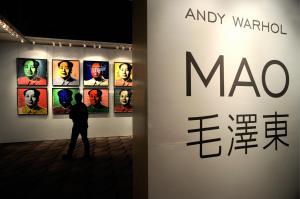 A U.S. diplomat has asked a French auction house to delay a sale of Hopi items until tribal leaders can verify their provenance and authenticity. [NYT]

“Christie’s International (CHRS) will hold a sale in Shanghai in the autumn of 2013, making it the first international auction house to hold its own branded events in mainland China.” [Bloomberg]

The Getty buys an illuminated manuscript, but the U.K. refuses to let it go. [The LA Times]

“NY Artist [not Koons] Creates Artwork Made Out Of Balloons” [NY1]

Jonathan Jones considers art inspired by Margaret Thatcher, including Jeremy Deller’s recreation of a battle between miners and police in 1984. [The Guardian]