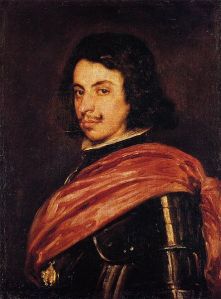 Carol Vogel profiles billionaire couple Mitchell and Emily Rales, who run the low-profile Glenstone museum in Potomac, Md. The private museum is set to expand. “Back in the 1940s and ‘50s artists like de Kooning and Pollock were considered outcasts and revolutionaries,” Mr. Rales told the paper. “My brother and I were seen as two upstarts in a world of older C.E.O.’s.” [NYT]

Philip Kennicott on winning the Pulitzer Prize for criticism on the same day as the Boston terrorist attack. [PK]

Karen Rosenberg on Velázquez’s portrait of Duke Francesco I d’Este, which is on loan to the Met from the Galleria Estense, in Modena, Italy. [NYT]

“A bit more turmoil has come to the Fine Arts Museums of San Francisco. Earlier this week a former curator sued the institution saying she was wrongfully fired because she was a union supporter and whistleblower.” [NYT]

Storm Thorgerson, the man responsible for the cover of Pink Floyd’s Dark Side of the Moon, has died at the age of 69. [BBC]

Cory Arcangel has a clothing line. [The Art Newspaper]