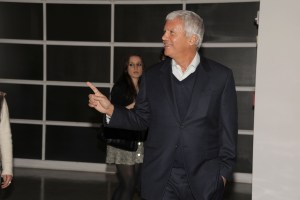 Larry Gagosian steps in to help organize an exhibition at the Seagram Building for Pratt students whose work was damaged in a fire on the campus in February. [NYT]

Qatar was reportedly the buyer of Picasso’s 1901 Child With a Dove, which sold privately for £50 million ($79 million) last year. It had been one of the most famous works by the artist in the U.K. [The Art Newspaper]

” Paris’s Louvre museum closed on Wednesday due to a walkout by some staff over a rise in aggressive pickpockets including children sometimes working in gangs of up to 30, staff and management said.” [AFP]

Roberta Smith kinda liked the movie that is really just an exhibition. [NYT]

Lost Parmigianino drawing found between pages of a Bible. [The Art Newspaper]