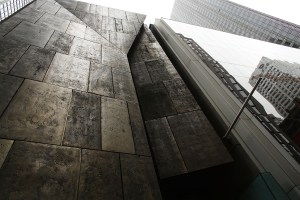 “The architects of a former museum to be demolished by the Museum of Modern Art lashed out Thursday, criticizing MoMA officials for deciding to destroy, rather than preserve, a young and unusual work of architecture.” [WSJ]

“The Qatar royal family has bought Picasso’s Child with a Dove for £50 million, despite Government intervention to try and keep it on British soil.” [The Guardian]

“One of the most important monuments of late Byzantium, the 13th-century Church of Hagia Sophia in the Black Sea city of Trabzon, which is now a museum, will be converted into a mosque, after a legal battle that has dramatic implications for other major historical sites in Turkey. Many in Turkey believe that the Church of Hagia Sophia is a stalking horse for the possible re-conversion of its more famous namesake in Istanbul, the Hagia Sophia Museum (Ayasofya Müzesi).” [The Art Newspaper]