State Sen. Tony Bucco (R-25) won’t have any opposition in the general election, or so it appears.

No Democrats made yesterday’s filing deadline to run against him, but Morris County Democratic Chairman Lew Candura said he remains hopeful about a write-in effort.

“As hard as we could, we could not find a candidate to run for the Senate in the 25th,” the veteran chairman told PolitickerNJ.com.

He’s also down an Assembly candidate in the same district.

“We’ve done write-in campaigns before,” said Candura. “We tried to seek help from State Chairman John Wisniewski and Senate President Sweeney. I notified them of our concerns months ago, but despite all our collaborative efforts we were unable to come up with candidates.”

The senior Bucco and his mates will also be spared a primary. 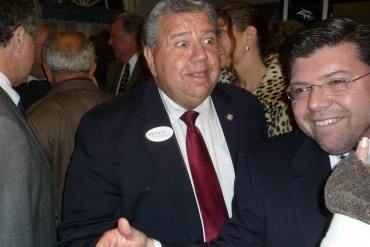