There is a meme traveling through Democratic circles this week that has some in the party secretly smiling while it has others stone cold terrified.

Presumptive Democratic gubernatorial candidate Barbara Buono has so far failed to ignite the passion of the electorate and is even battling with members of her own party for relevancy.

Her poll numbers show a failure to gain ground on GOP Gov. Chris Christie and her message, according to some in the party, has been too disjointed to be effective.

But it’s her fundraising that is causing the real angst among the party faithful.

Consider that in four months, she has yet to crack $700,000 raised.  She has been awarded $890,000 from the state matching funds program, which gives her $2 for every $1 raised and as of her last submission she was $1.3 million shy of the $2 million needed to secure the maximum state match.

According to state records, should she secure the Democratic nomination in June and not raise the remaining $1.3 million – two likely scenarios –  she would be the first major party nominee not to hit the mark.

And that’s where things get scary for Democrats. Even Peter Shapiro, who in 1985 as the Democratic nominee suffered the worst loss in state gubernatorial history, maxed out.  What’s more, two of his four competitors in that primary did as well and a third was just $42,000 short.

Shapiro also came within $6,000 that year of maxing out in the general election, yet he still lost 70 percent to 30 percent – 40 points if you’re keeping score.

“You do have to take into account that it was a different time before pay to play and contributions limits, but it’s still not good,” said one highly placed Democrat.

In fact, according to the Election Law Enforcement Commission, donations to the campaign were capped at $800 for the gubernatorial race.

One Democrat interviewed by Politicker NJ said Buono’s fundraising is trickling in because of a combination of bad poll numbers and self-perpetuating negative news.

“Every time her fundraising numbers get reported, it’s more bad news, which makes people put their wallets away,” said one operative.

It’s unlikely Buono will lose by 40 points though polls at this point have her down about 30. Party members stress it’s still early and she hasn’t had a contested primary to hone her message.

But it’s not Buono’s race that has most of the Democratic establishment worried.  Down ballot, a strong Christie could wreak havoc in some districts. While taking either house would be a long shot for the GOP, picking up two seats in the Senate could give Republicans the power to make Senate President Steve Sweeney sweat.

Shapiro’s drubbing at the hands of Gov. Tom Kean cost Democrats the Assembly. Again, it was a different time and Democrats now are confident the legislative map will withstand the GOP attack, but the loss of 15 seats with Shapiro at the top of the ticket is at least giving Democrats pause. 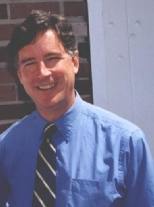