“I have come here tonight with one singular message – let’s get our act together and let us not fall into the trap of self-deprecation with the notion that we cannot elect Barbara Buono as governor.

“We can do it,” Oliver declared in front of the microphone at the Heldrich Hotel in front of a ballroom crammed with 200 Democrats.

“We cannot represent the interests of all unless we have a Democrat of the caliber of Barbara Buono sitting in that front office,” Oliver said.

The crowd responded favorably throughout to Oliver’s speech.

“If in New Jersey we permit the Republican Party to occupy the governership in 2013, Don’t Cry for Me Argentina when you have a Republican occupying the White House in 2016,” she said.

Insiders expect DiVincenzo to either support Christie for governor or – at the very least – appear uncomfortably silent from now until Election Day.

But tonight Oliver gave every indication that, for her part, she fully backs Buono. 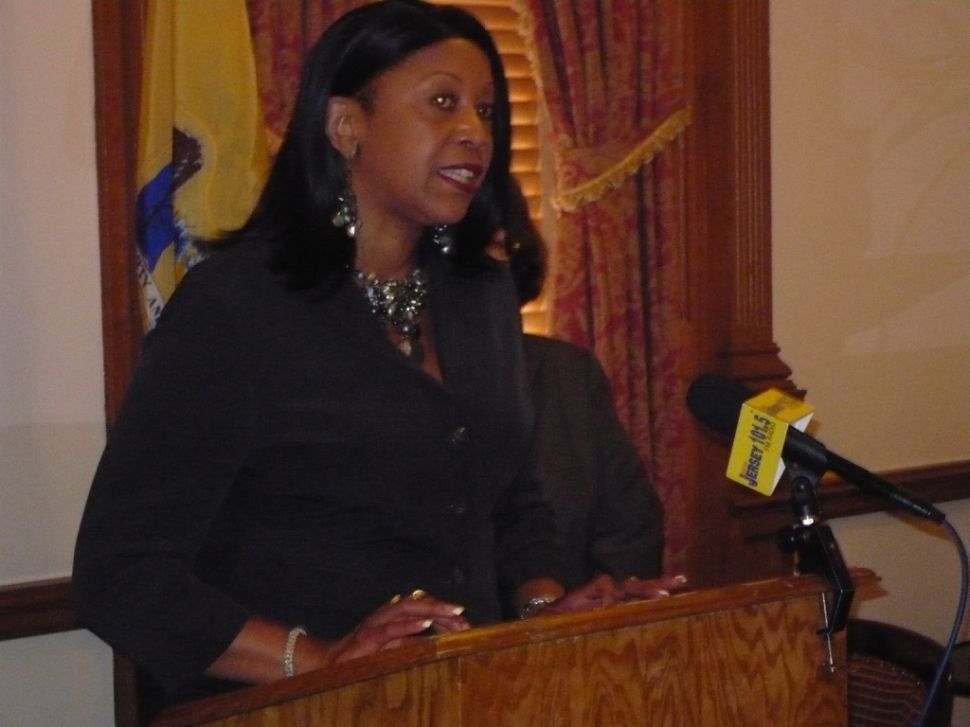