“We have Senator Buono swimming upstream, but that ain’t no big deal to us,” said Oliver, speaking in the packed, overflowing headquarters of the East Orange Democratic Committee, acknowledging the statewide candidate’s challenge to overcome early unimpressive poll numbers against Christie.

The speaker said Christie masquerades as a moderate. “He is a man trying to get re-elected in a blue state,” she said. “We’ve got something he does not have: hundreds  of thousands of Democrats in New Jersey.”

One of those Democrats is DiVincenzo, the county’s most powerful party member and a self-professed Christie fan who has not endorsed Buono. He stood onstage with Queen Latifah at NJ-PAC tonight in receipt of an award while Oliver and company showed Buono love and mobilized behind Lester Taylor, the party establishment-backed candidate looking to upend veteran Mayor Bob Bowser.

“Chris Christie opened his campaign headquarters this weekend and he said he didn’t think the Democrats could nominate someone more liberal than Jon Corzine,” the senator said. “That’s funny, I didn’t think Republicans could find someone more out of touch with the middle class and working poor than Mitt Romney, but they did.”

Facing a Democratic Primary challenge from Seton Hall University Professor Mark Alexander, Gill ripped Christie in her own remarks. She said Christie is happy to pose for photographs with Barack Obama and Shaquille O’Neill while vetoing Obamacare, attempting to overturn affordable housing laws and vetoing a minimum wage increase.

“Barbara Buono should be the governor,” Gill said to cheers. “Chris Christie hopes you keep looking at the photos and forget about the facts. …If Chris Christie wants my grandson’s generation with his oppressive policies, he’s got to come through me.” 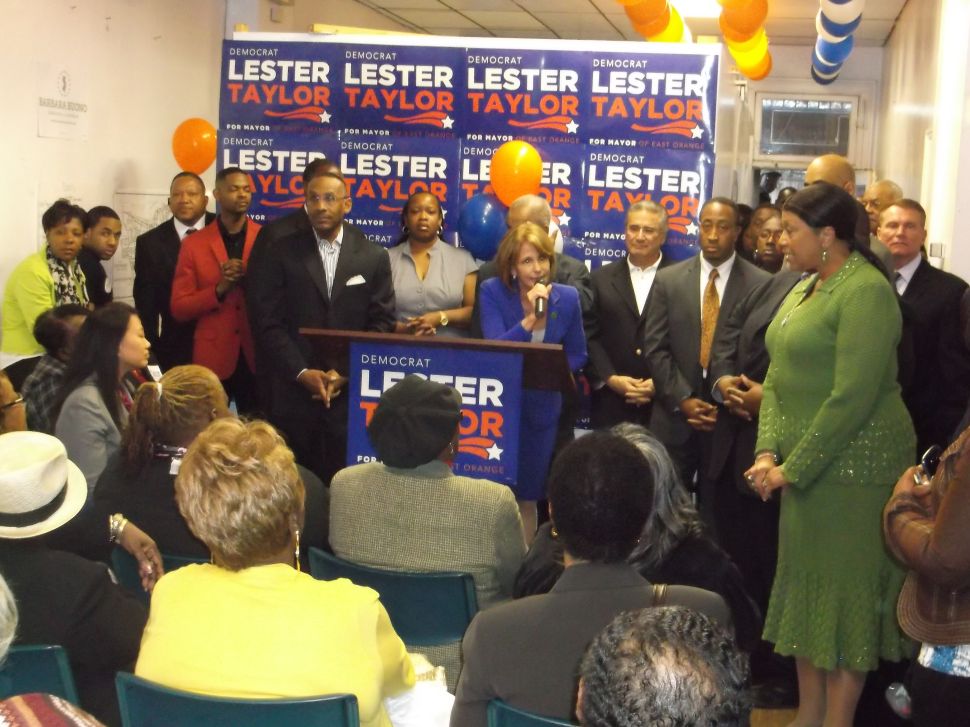