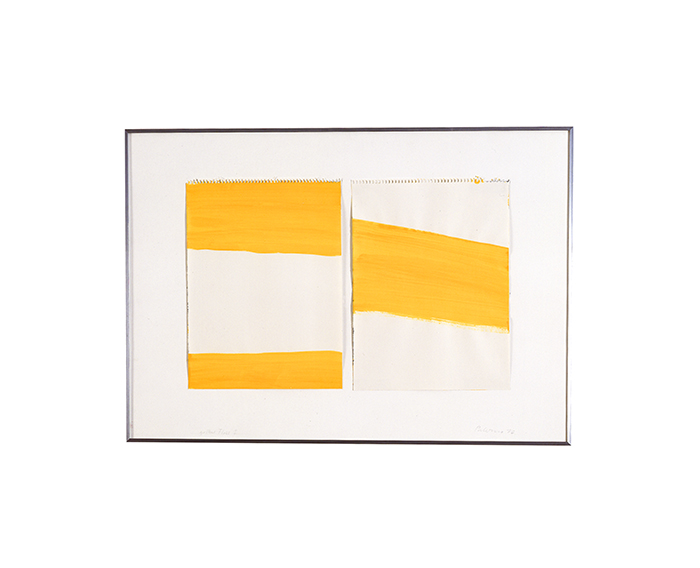 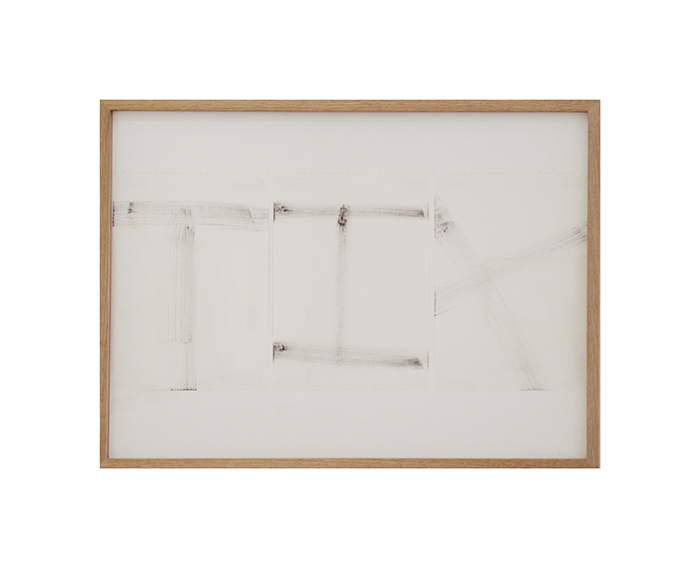 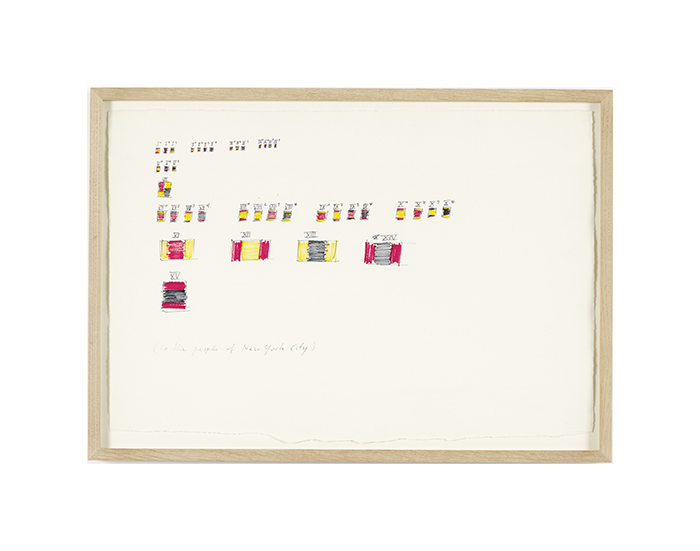 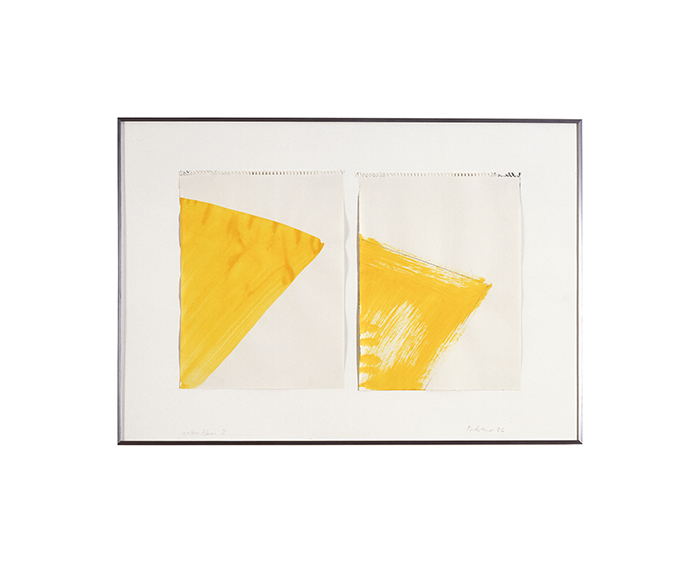 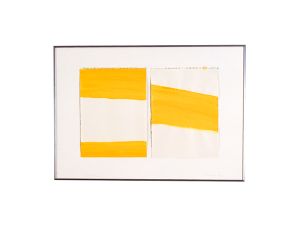 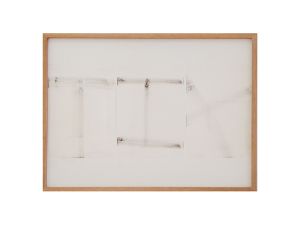 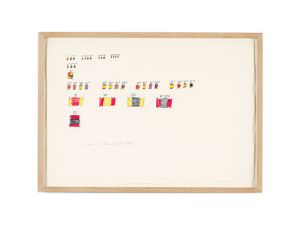 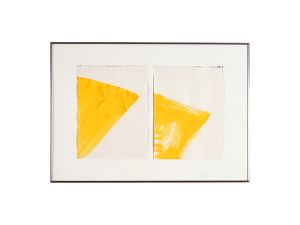 What would have happened if the prodigiously gifted German painter Blinky Palermo hadn’t died in 1977 at age 33, en route to see a girlfriend in the Maldives? That was the irresistible and heartbreaking question on everyone’s mind two summers ago, when curator Lynne Cooke’s majestic Palermo retrospective alighted at Dia:Beacon and CCS Bard. Zwirner’s current exhibition of more than 20 works on paper from the last year or so of Palermo’s life shows the artist rooting about, working in bracingly spare series, perhaps on the verge of conjuring the next in his long line of inventions. It renders his loss newly wrenching.

Born in Leipzig, Germany, as Peter Schwarze, Palermo was adopted and grew up as Peter Heisterkamp, picking up his nickname at 21 when a fellow student in Düsseldorf under the spell of the messianic German artist Joseph Beuys noted his resemblance to the crooked American boxing promoter Blinky Palermo. Zwirner’s press materials emphasize the point (new to me) that Palermo officially adopted only the surname. That he was actually a one-namer like Prince and Madonna is fitting. He was the visual-art equivalent of a rock star. Palermo’s early geometric abstractions, monochromatic shaped canvases and fabric works—just a few pieces of industrial colored textiles sewn into irresistible paintings—display a preternatural sense for the poetics of color and shape, which reached full flower in late sets of brilliantly colored paintings on thin steel.

Zwirner has a felt-tip study for Palermo’s masterpiece in that last style, a 15-part work in Dia’s collection called To the People of New York City (1976), which he spent the last full year of his life completing. The sketch maps out its 40 paintings, each with various rectangular permutations of the colors of the German flag—gold, red, black. It has the look of conceptual art, but its pieces never actually fit a formula. That’s classic Palermo: adopting rules or styles only to tweak or slip outside of them. He’s not quite a minimalist or a conceptual artist or even a process painter à la Robert Ryman. I like to think of him as the wily kid brother of the sometimes self-serious Ellsworth Kelly. (He was two days shy of being exactly two decades younger.)

Most of these late drawings are no more than an acrylic shape or two on white paper that Palermo tore from a scrapbook and affixed to cardboard. A 1976 piece dedicated to his fellow German and onetime studio-mate Imi Knoebel has three sheets, each with barely there scratchy black marks that could be letters: T, I, X. There’s a bewitching suite of 12 drawings that has as its theme the months of the year, and some four-panel works dealing with hours of the day. 1-7 Untitled (for Babette) (1976) is seven sheets marked with blocks of red, each handled differently, with a wetter or drier, scratchier brush, a curving or straight line. Color almost always hugs a side or corner in Palermo’s drawings so that it seems to be entering from outside the frame.

Does all of this sound a touch precious? Don’t worry. With a little time, odd details—drips, a tear, the shocking luminosity of the hazy yellow in the drawing for the month of March—will catch you. A Kabbalistic colorist, Palermo was a master of casual but dignified strangeness, trafficking in subtle, oblique but very real offerings of levity, sadness, affection.

Palermo lived in New York from 1973 to 1976, and apparently loved the city. He’s left us a complicated portrait of Delancey Street, six tangles of black and yellow acrylic with graphite, and also a work called Manhattan (1976–77), the last painting he completed before his death. Two square sheets of steel, it’s painted from left to right with a luminous orange rectangle, a black square that spans its panels and a teal rectangle. White lines separating those colors give it the look of a Barnett Newman, and in a particular light, one might even see red, white and blue. Of course, Palermo’s art eludes nationalist classifications as easily as it does art-historical ones. No matter. For the next two months, he’s ours. (Through June 29, 2013)