ASBURY PARK – U.S. Rep. Frank Pallone (D-N.J.) is absolutely interested in running for Senate next year, but right now he says he’s focused on getting Democrats elected to office on the state level.

Pallone wouldn’t say Thursday during a news conference along Jersey’s coast whether he’s closer to a decision of running for Senate in 2014. Rather, the congressman said he’s focused on state elections – particularly in Democratic state Sen. Barbara Buono’s run for governor.

“You probably know that none of us have actually announced that we’re running because we really want to concentrate on the governor’s race and the state legislative races between now and November” Pallone said.

“So most of my effort between now and November is concentrating on trying to elect Barbara Buono as governor and make sure that we keep a majority in the state Legislature,” he said.

However, the congressman was quick to add he’s giving a Senate run serious thought.

“Look, I’m very interested in running and I’m pursuing that and working on that on a daily basis,” Pallone said. “It’s a very important part of what I want to do in the future.” 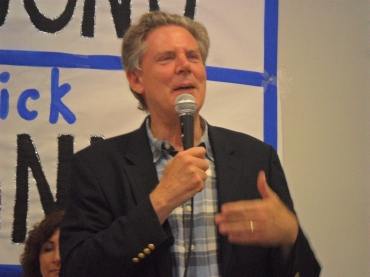