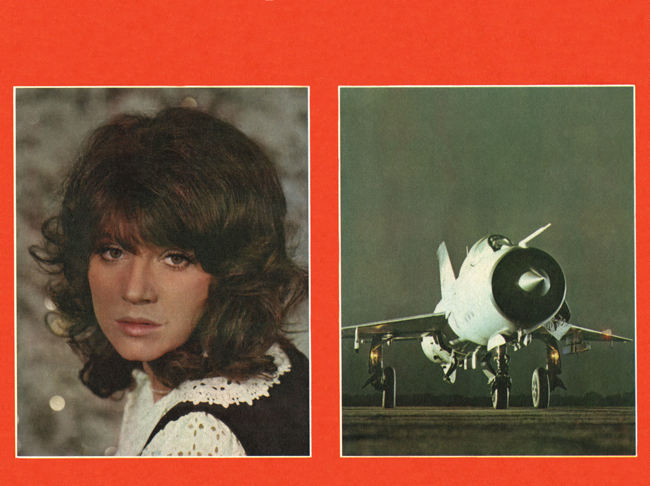 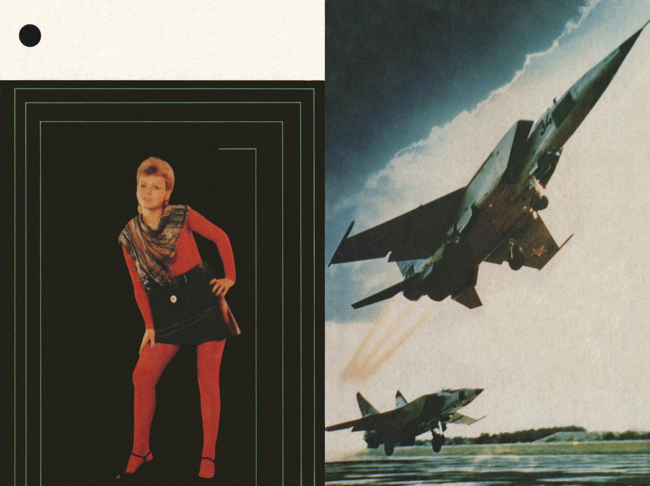 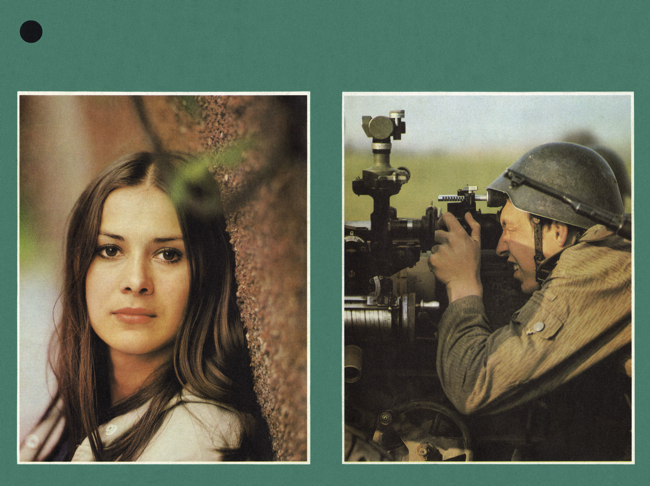 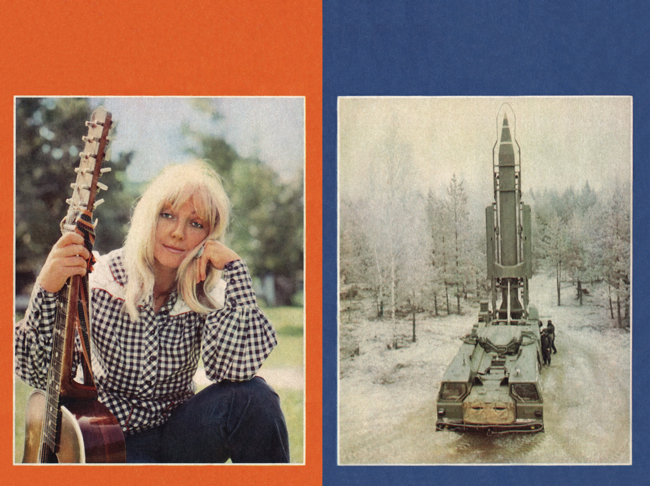 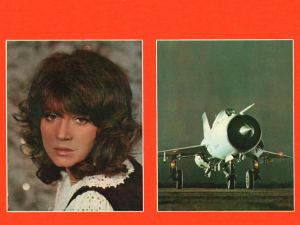 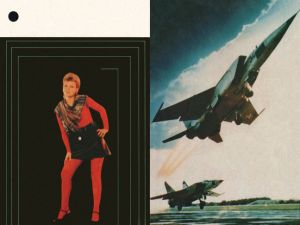 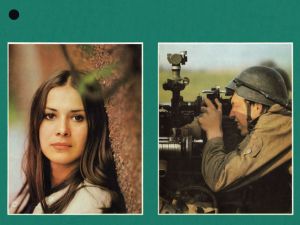 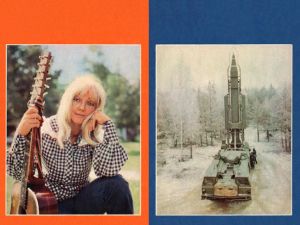 The magazine Armeerundschau, published in East Germany for the soldiers of the National People’s Army, used to feature a heavy gun, a couple of Kalashnikov-toting infantrymen slogging through a swamp, or a smoke-spewing rocket on the front cover and a chaste, pathos-filled pinup girl, usually fully clothed but very occasionally bikini-clad, on the back. What Peter Piller does to transform a series of these covers from a bit of Cold War trivia weirdness into some extraordinarily striking found-image art is simple: he scans each cover unfolded, so that girl and rocket appear side by side. (He also enlarges the images and removes their text.) Simple juxtaposition is almost always stronger and more fertile than any more specific way of relating two ideas, because it allows multiple potential relationships to coexist; putting a blonde in a red hippie dress next to a disturbingly graphic shot of a destroyer giving birth to a submarine would render explicit—or anyway, more explicit—the throbbing interplay of eros and thanatos. But putting the back-cover girl on the left also means that instead of beginning with an erect missile, making your way through an hour or two of light reading, and only getting to the eternal goal of all man’s striving—a redhead in an embroidered vest and no blouse—at the end, you begin with a woman in a print blouse carrying a ladder instead, and then you see what even such an innocuous objectification can lead to. The march of covers around the walls, meanwhile, highlights the interchangeability of their subjects. Each woman, like some tribal ritual king made holy by his impending murder, shines briefly and is replaced. And the rockets and planes, we see, aren’t wasted by war: as with the beauty and expense of an unblemished bull having its throat slit for Moloch, their destruction is exactly the point. (Through May 18, 2013)