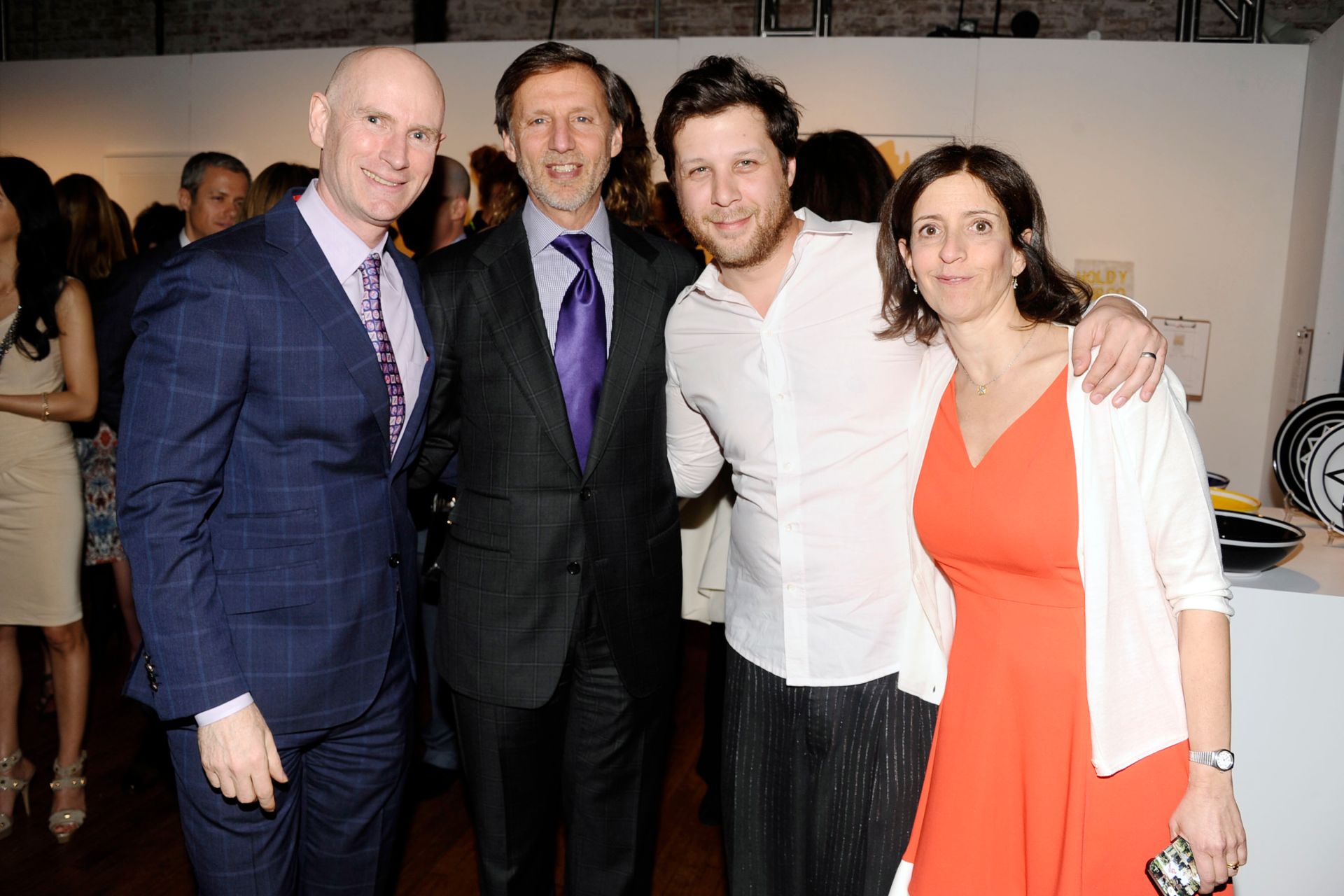 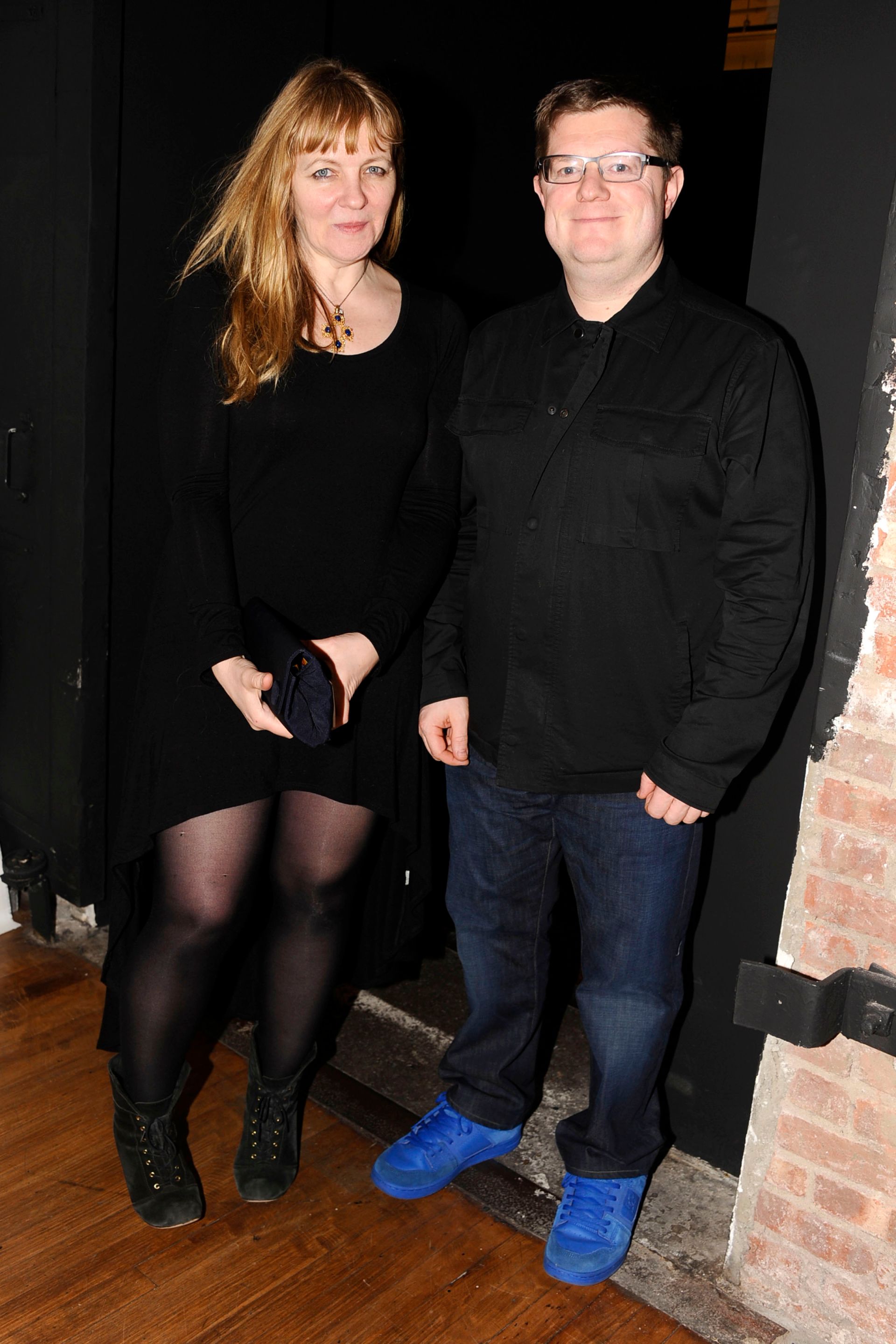 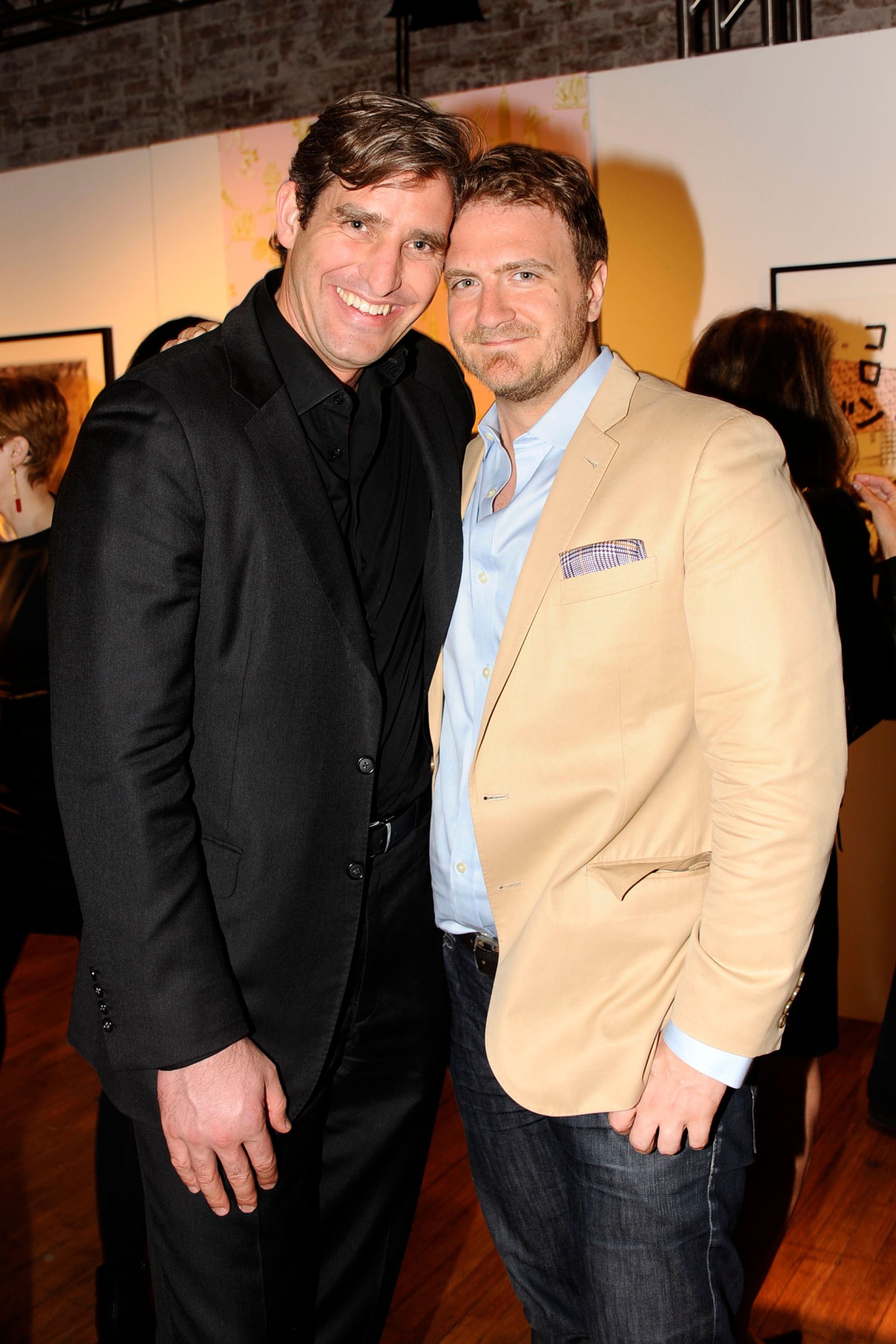 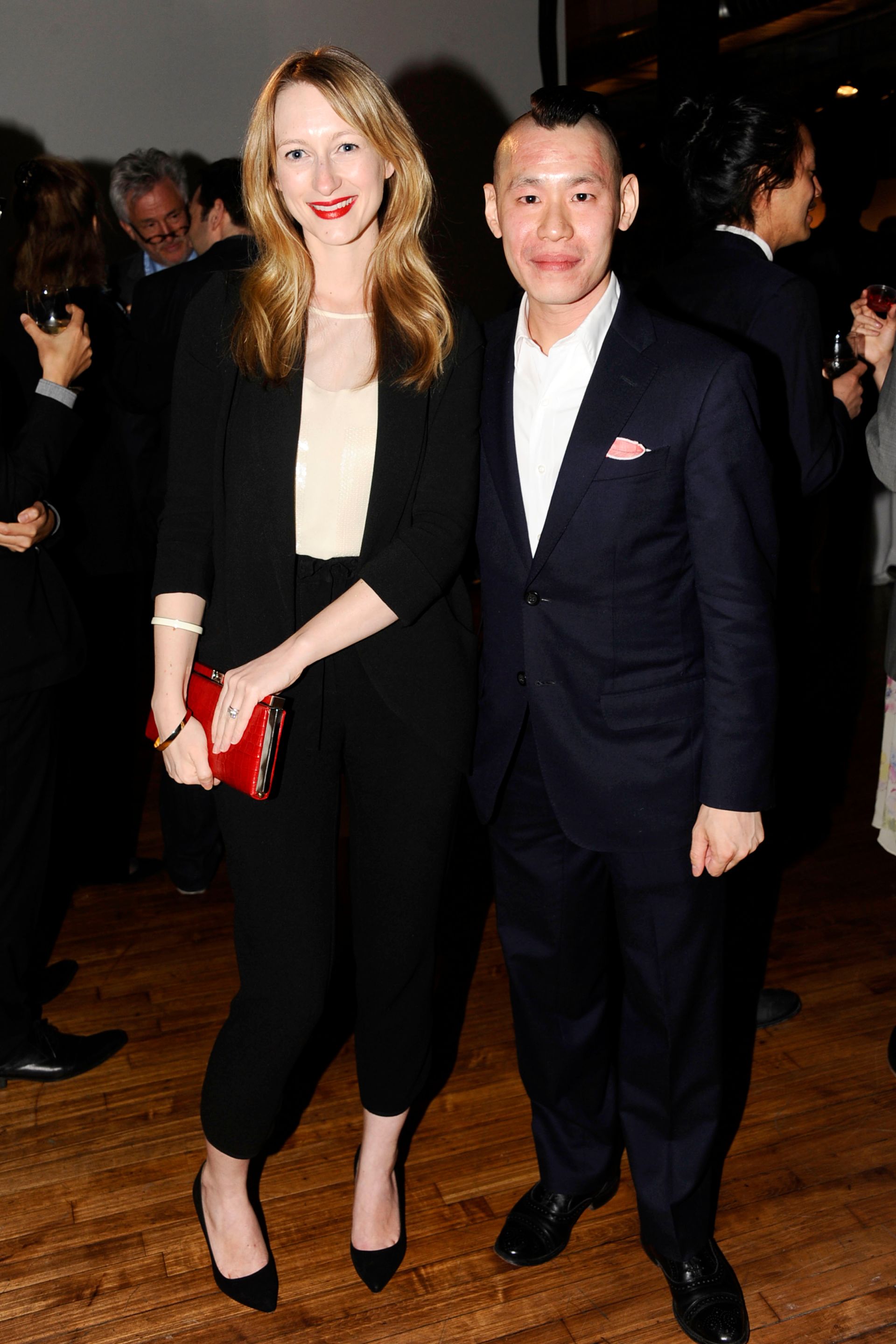 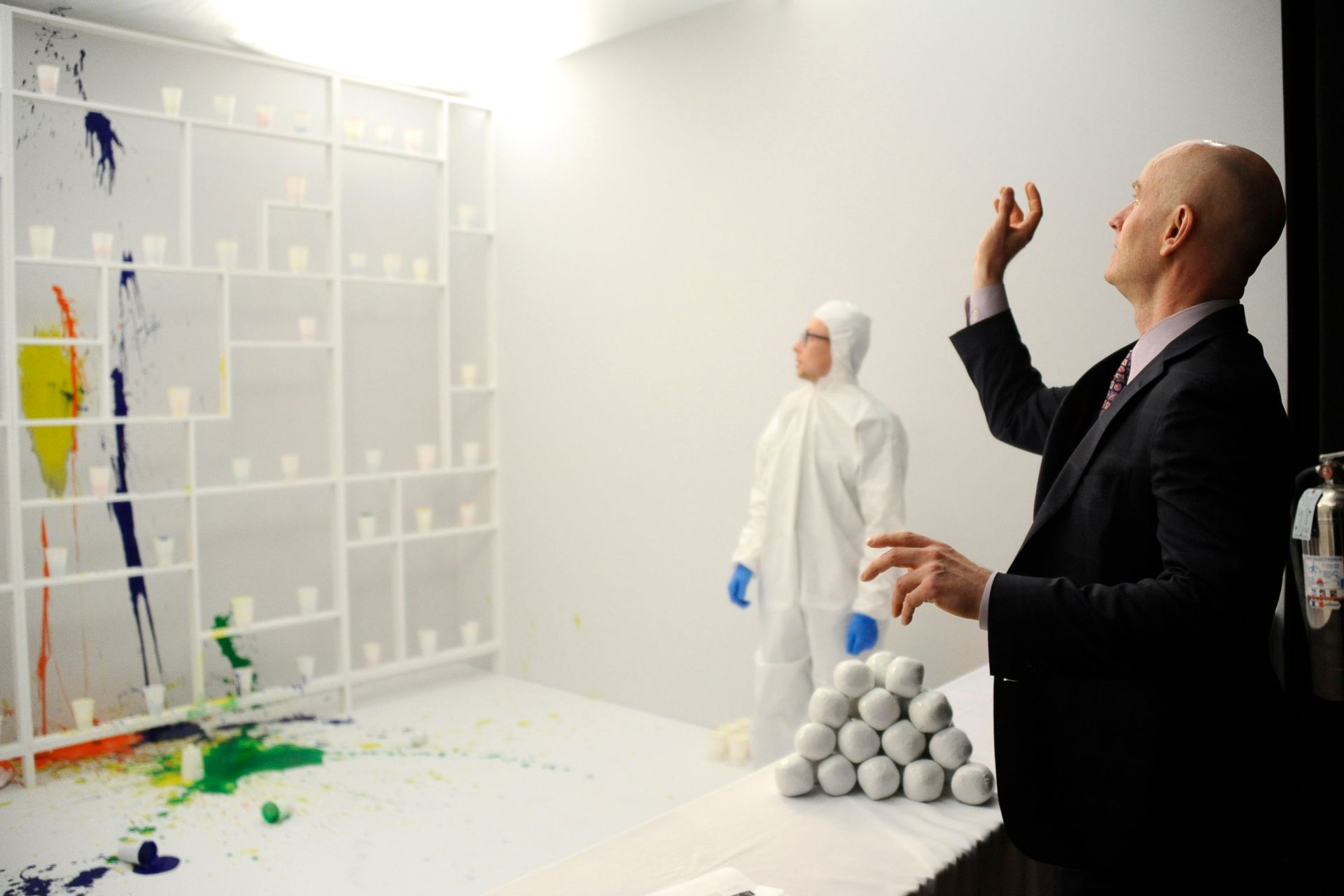 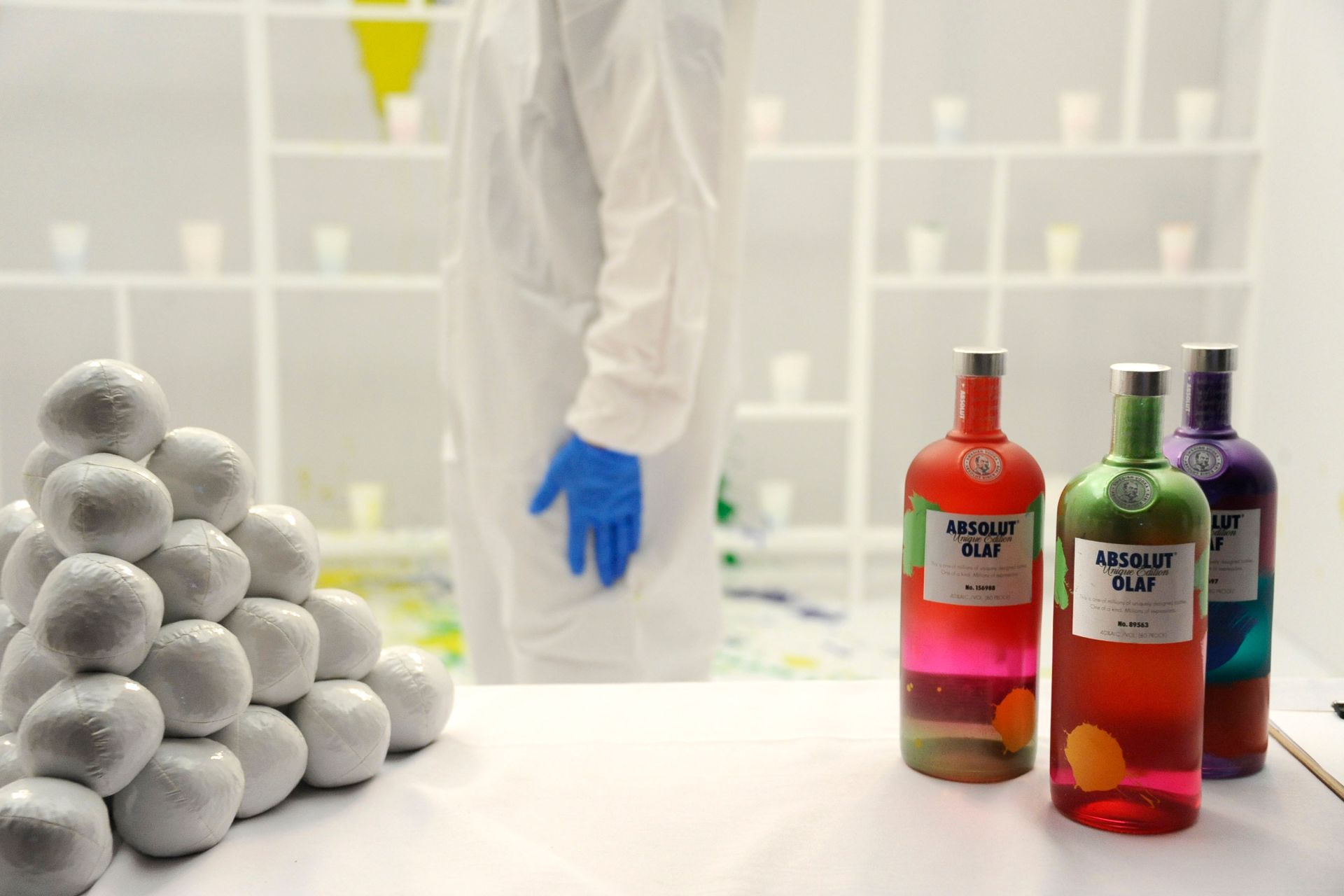 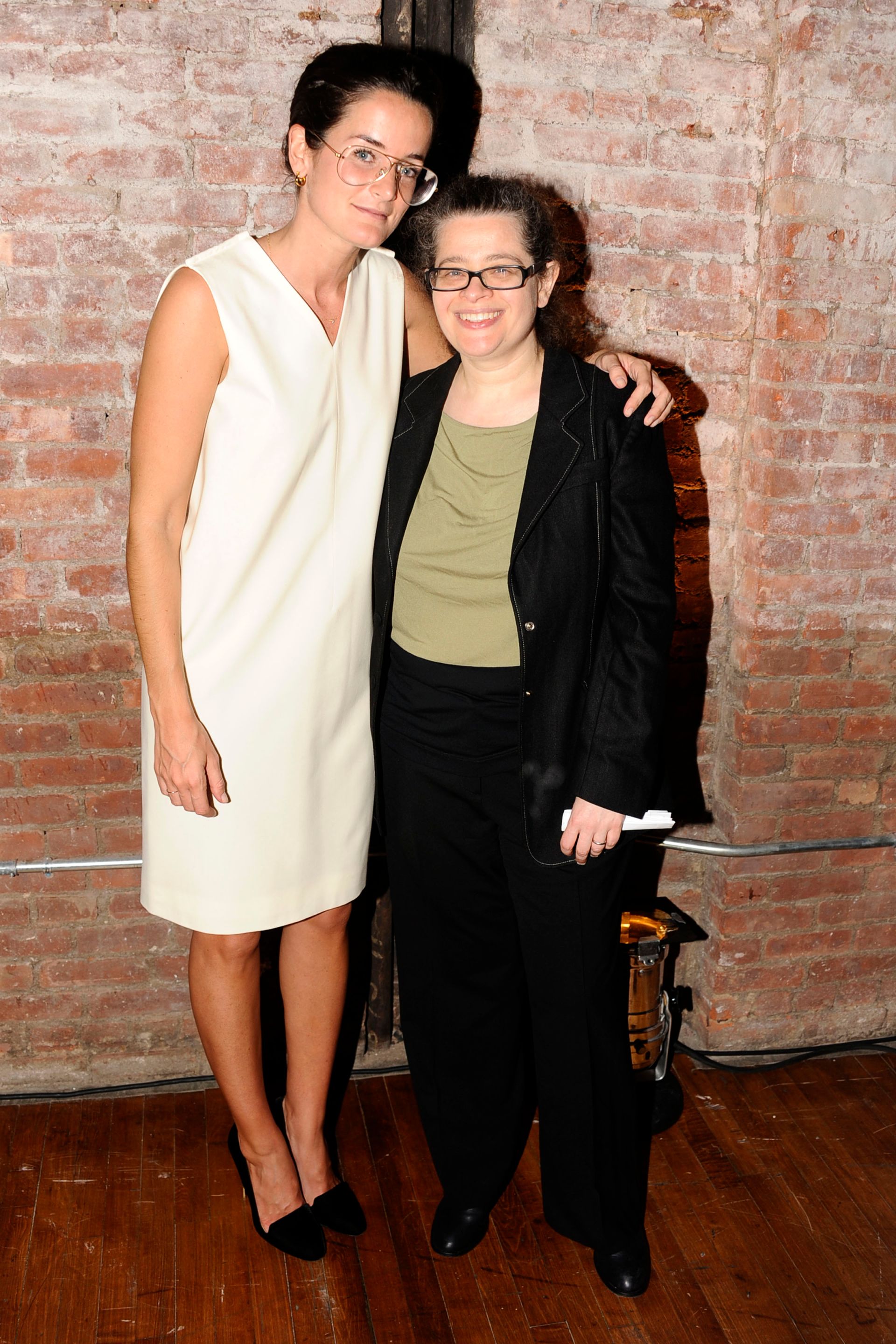 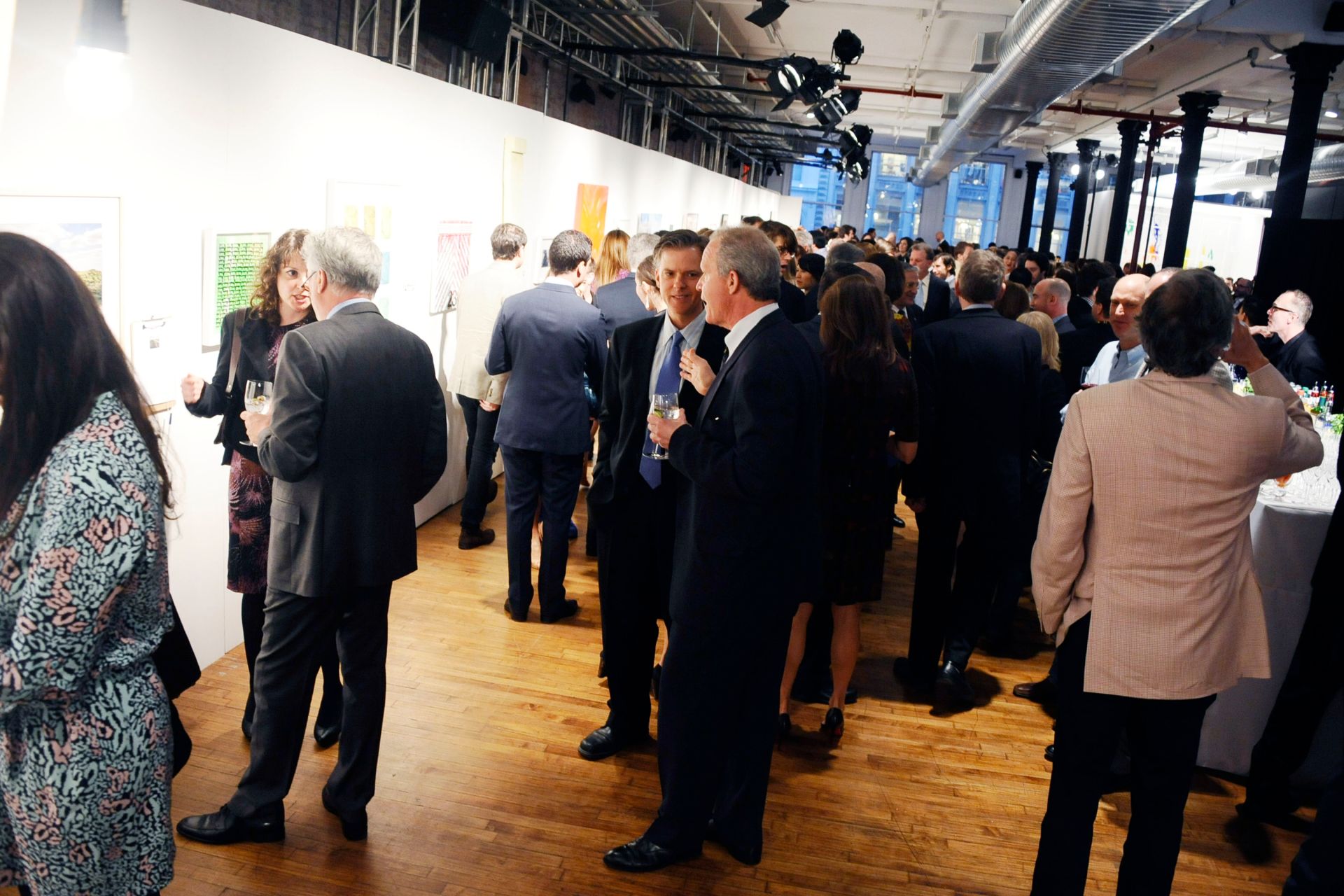 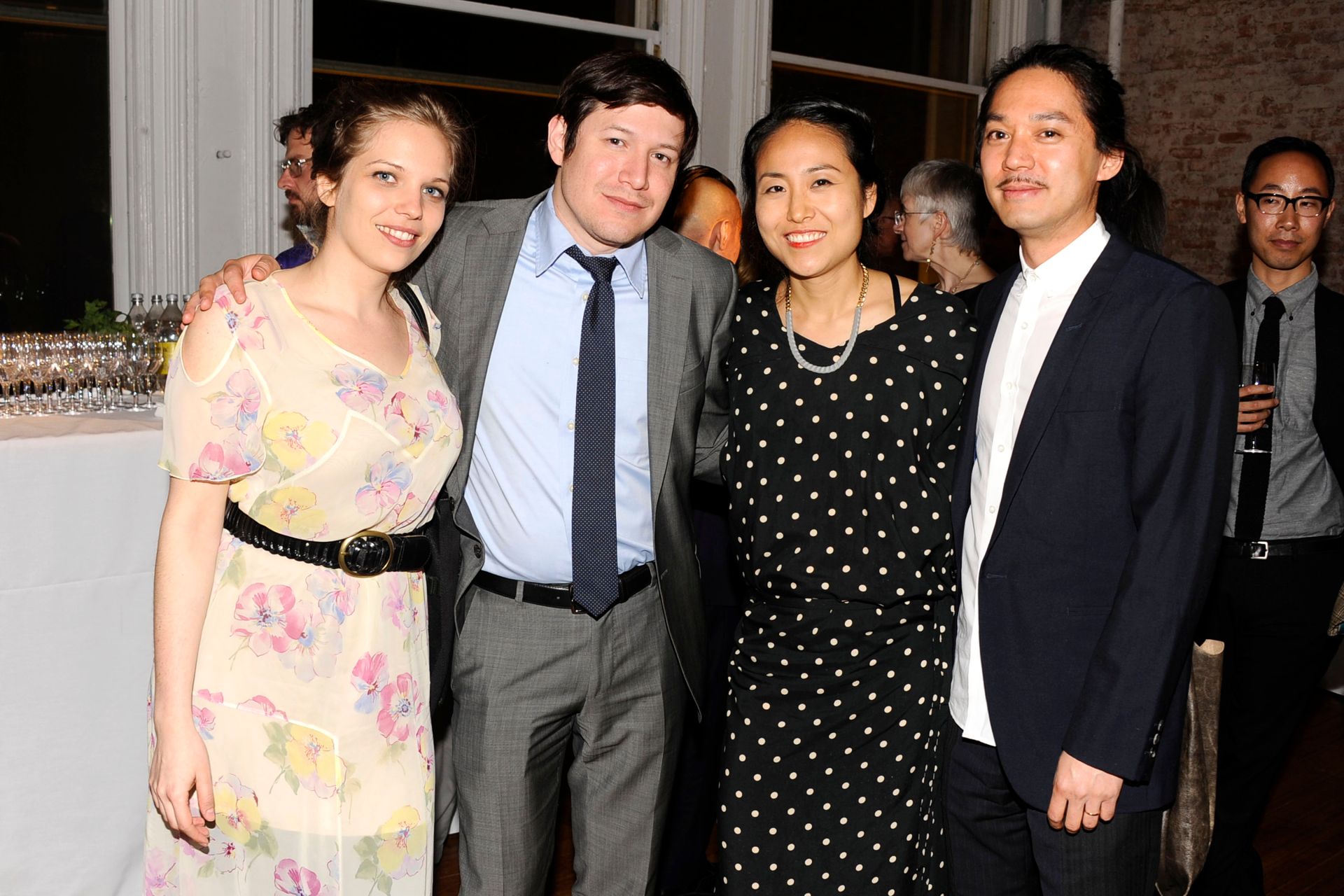 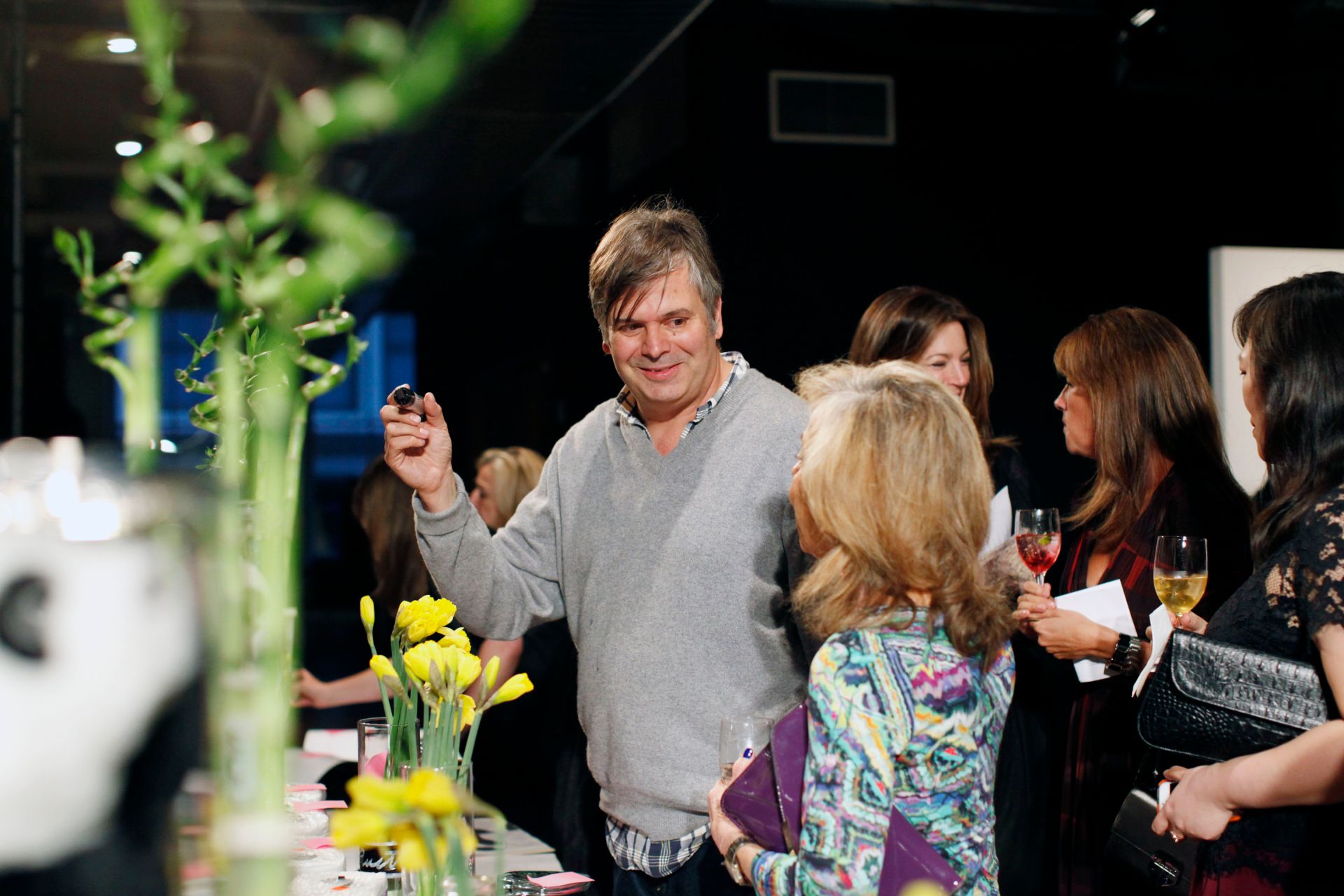 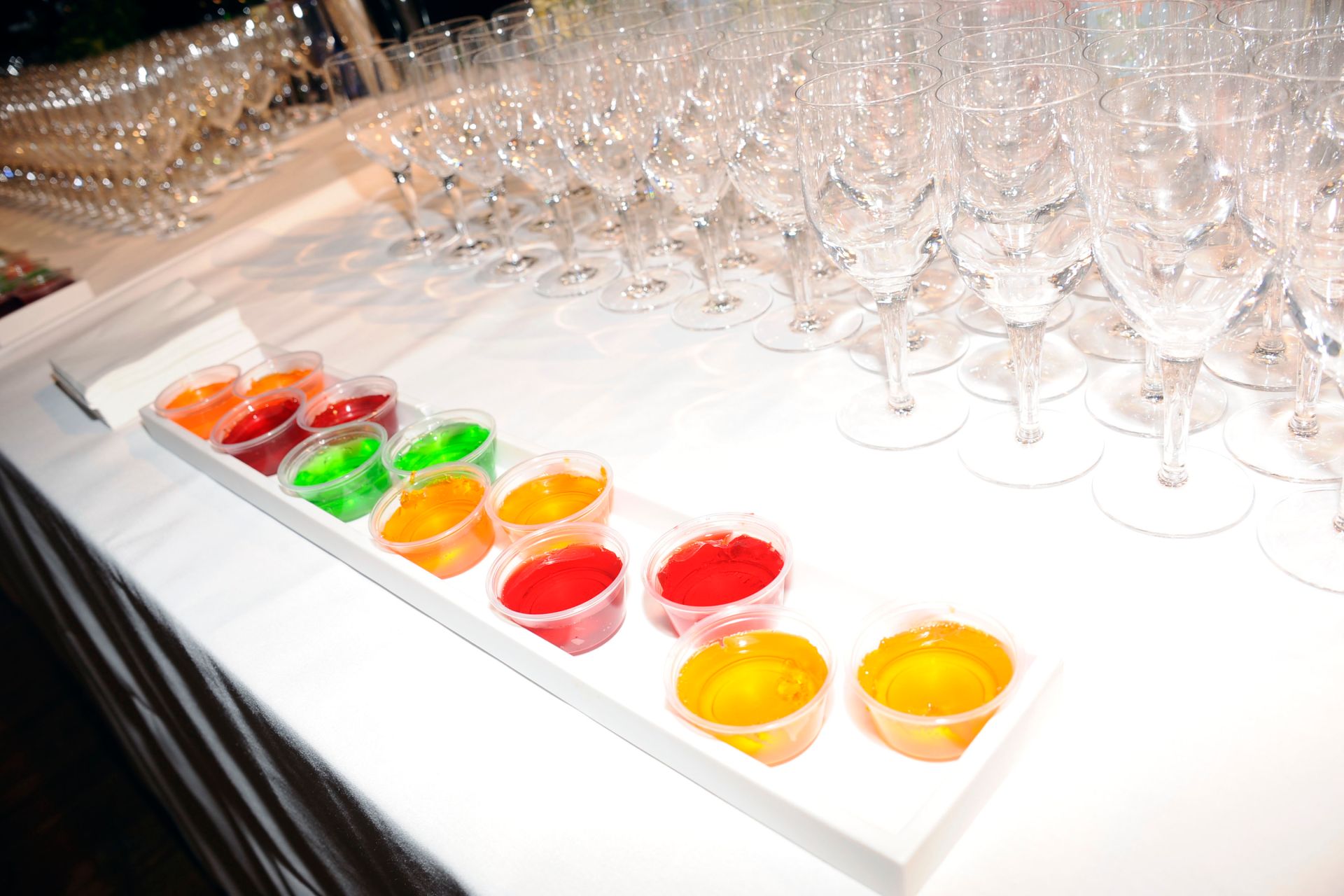 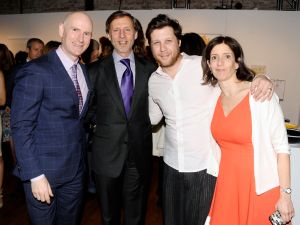 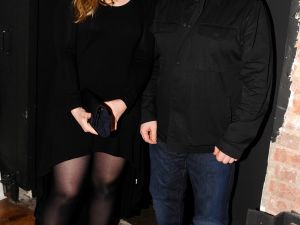 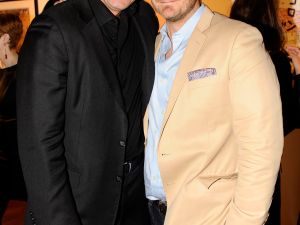 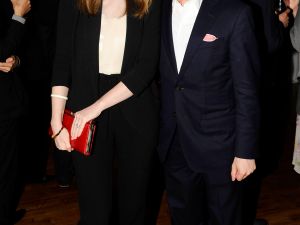 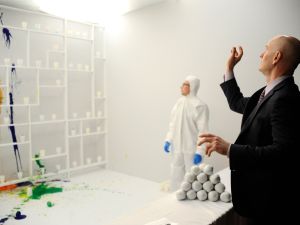 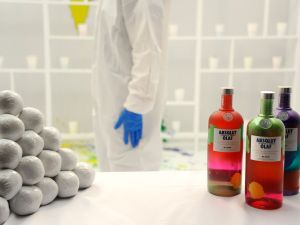 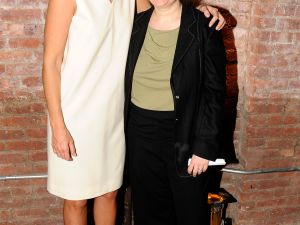 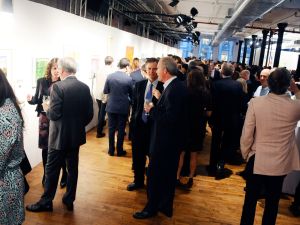 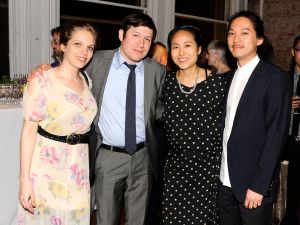 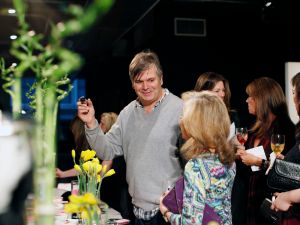 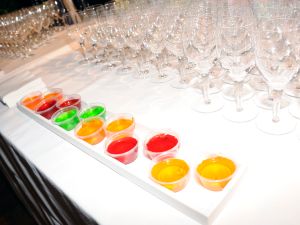 The full airport-style security checkpoint that greeted guests at the Public Art Fund’s fundraiser at the 82 Mercer event space in Soho on Thursday night seemed a bit much. Sure, the art industry is getting glitzier and more moneyed every year, but was there really going to be anyone in attendance among the usual gang of curators, collectors, dealers and writers whom someone would wish to harm? Don’t answer that.

The security guard looked familiar; it was artist Ryan McNamara. The checkpoint was actually an artwork that he dreamed up with David Colman. Guests could skip the whole charade, but those who braved the line received a little bottle of Absolut in one of their shoes. A nice surprise.

Olaf Breuning, whose “Home” video trilogy screens at the London ICA next month, had set up a carnival toss inside the auction area, inviting all comers to launch balls at glasses of paint in the hopes of making a splashy abstraction on the white wall behind them. Cheers erupted when a shot landed. Bottles of vodka splattered with bright paint—Absolut Olaf, the labels read—sat to one side.

The Public Art Fund’s chairman, Jill Kraus, was absent because of a family issue, but President Susan K. Freedman told the massive crowd at dinner, “She’s here in all the details you see around you.”

“Together, Jill and Susan make an incredible team,” the Public Art Fund’s director, Nicholas Baume told everyone. “How far we’ve come over the last couple of years is really a testament to both of them. Given the legacy of Doris Freedman”—Ms. Freedman’s public-art-advocating mother���“we know all about the importance of moms. And with Jil and Susan, I sometimes feel like I’m the special kid in the playground who has two moms. Very lucky.”

“How many cities are there,” Mr. Baume continued, “where you could say, ‘So…we have this Japanese artist who would really like to build a living room 70 feet in the air around the statue in the middle of one of the world’s busiest intersections, and for the administration to say, ‘What a great idea! How can we help make that happen?’” (Hard to believe that it’s been more than four months since Tatzu Nishi did just that.) Because of the Bloomberg Administration, he said, this is “a golden age for public art.”

It’s also a golden age for Public Art Fund, it seems. It was the most-well-attended gala in their history, they announced, raising some $750,000.

Talk at the tables was of all the events to come. The week of nonprofit galas was winding down, and while that once marked the eminent end of the art season in New York, there are plenty to come. Galleries have to behave like Cirque du Soleil these days, one gallery director quipped. You need the traveling team and the home team. Frieze New York is just weeks away, then Art Basel Hong Kong, the Venice Biennale and Art Basel proper. It’s going to be a busy few months.

Now, though, there was nitrogen ice cream at the make-your-own-sundae stand and Jell-O shots.