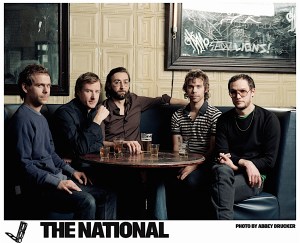 So that’s pretty much the whole story, up there in the headline. Oh! This will be on May 5, that’s the other thing.

Kjartansson will perform a new durational performance,
A Lot of Sorrow, with famed rock band The National

In celebration of this season’s last Sunday Sessions, MoMA PS1 presents the durational performance, A Lot of Sorrow, by Icelandic artist Ragnar Kjartansson. For this new work, Kjartansson sought out US rock band, The National, to perform their song, Sorrow, repeatedly in a six-hour live loop. By stretching a single pop song into a day-long tour de force the artist continues his explorations into the potential of repetitive performance to produce sculptural presence within sound.

Sorrow found me when I was young,
Sorrow waited, sorrow won

commences the song by The National, whose music and lyrics repeatedly conjure notions of romantic suffering and contemporary Weltschmerz—themes Kjartansson often uses in his own work employing references as wide-ranging as Ingmar Bergman, the German Romantics, and Elvis Presley. As in all of Kjartansson’s performances, the idea behind A Lot of Sorrow is devoid of irony, yet full of humor and emotion. It constitutes another quest to find the comic in the tragic and vice versa.