North Ward Councilman Anibal Ramos will formally kick off the fundraising arm toward a campaign for mayor with a cocktail reception on Thursday, May 30th at the Robert Treat Hotel in Newark.

According to an invitation obtained by PolitickerNJ.com, VIP reception tickets are $500 per head and regular tickets $150 per head in an event representing the unofficial beginning of Ramos’s 2014 quest to succeed Mayor Cory Booker.

Contacted for comment, Bruno Tedeschi, spokesman for the Ramos campaign,  said, “With eight years of experience on the council, including the last year as council president, Anibal has the experience needed to lead Newark going forward. He would consider it an honor to be mayor of the city where he was born and raised. This fundraiser is a necessary first step to gauge the level of support for Anibal. We anticipate an enthusiastic response and will have a formal announcement shortly.” 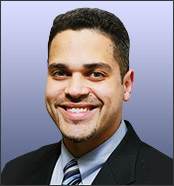