In the aftermath of the Boston Marathon bombing, many Redditors stepped forward to help in the only way they knew how: Gathering up scraps of information from across the Internet and sitting in front of their computer screens sorting through the pile.

Unfortunately, the wisdom of the crowd turned up little beside the suggestion that a missing Brown student might be involved, an accusation that went viral. He wasn’t, and now Reddit feels really, really bad.

General manager Erik Martin has posted an actual public apology for Reddit’s part in the rumors. (Not the site’s usual m.o., to say the least.) While “the vast majority” of Redditors’ responses were positive, he said, some of the activity “fueled online witch hunts and dangerous speculation which spiraled into very negative consequences for innocent parties.”

And so: “We want to take this opportunity to apologize publicly for the pain they have had to endure.”

The apology then takes an interesting turn, though, as Mr. Martin reiterates the no-personal-information rule that caused so much drama during last fall’s Predditors controversy:

“‘Let’s find out who this is’ events frequently result in witch hunts, often incorrectly identifying innocent suspects and disrupting or ruining their lives. We hoped that the crowdsourced search for new information would not spark exactly this type of witch hunt. We were wrong. The search for the bombers bore less resemblance to the types of vindictive internet witch hunts our no-personal-information rule was originally written for, but the outcome was no different.”

“We hope that Boston will also be where reddit learns to be sensitive of its own power,” he concluded. Meanwhile, /r/findbostonbombers is no longer accessible. A message on the landing page says that both suspects have been found, and offers a redirect back to the Reddit homepage.

Can a decentralized horde really develop a super ego, or at least a little poise? Guess we’ll find out–and let’s hope no one’s reputation gets ruined in the meantime. 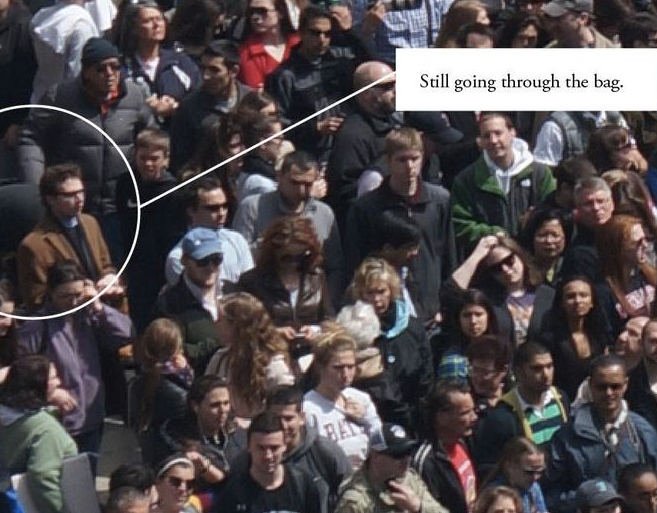