ASBURY PARK – Offshore tax havens cost the average New Jersey taxpayer more than $1,260 to make up the cost of lost revenue, according to a new report unveiled Thursday by two members of the state’s congressional delegation.

The report suggests average New Jersey residents pay more than $1,200 a year – and small businesses nearly $4,000 – to fill the gap.

“In my mind, we’re here for the little guy, the regular folk,” Menendez said.

“In my mind, it’s pretty simple, there’s nothing fair about hiding income abroad,” he said. “It seems to me that when large corporations don’t pay, small businesses get stuck with the bill.”

Pallone went so far as to say that closing the loopholes could eliminate the entire amount of the sequester cuts facing the nation.

“The consequences of not having additional revenue … is that we have something like the sequester,” said Pallone, adding it’s “mindless” to keep the status quo “rather than looking and actually trying to deal with the budget.”

The good government groups pointed to legislation pending in Washington, D.C. – such as the Cut Unjustified Tax Loopholes Act – that would help bring reform.

“Many Americans would be shocked to hear that they are burdened with an invisible tax burden,” said Peter Skopec, program associate at NJPIRG.

“Corporate tax dodging is a widespread process,” he said. “Small businesses are hit especially hard … to cover the cost of corporate tax abuse.” 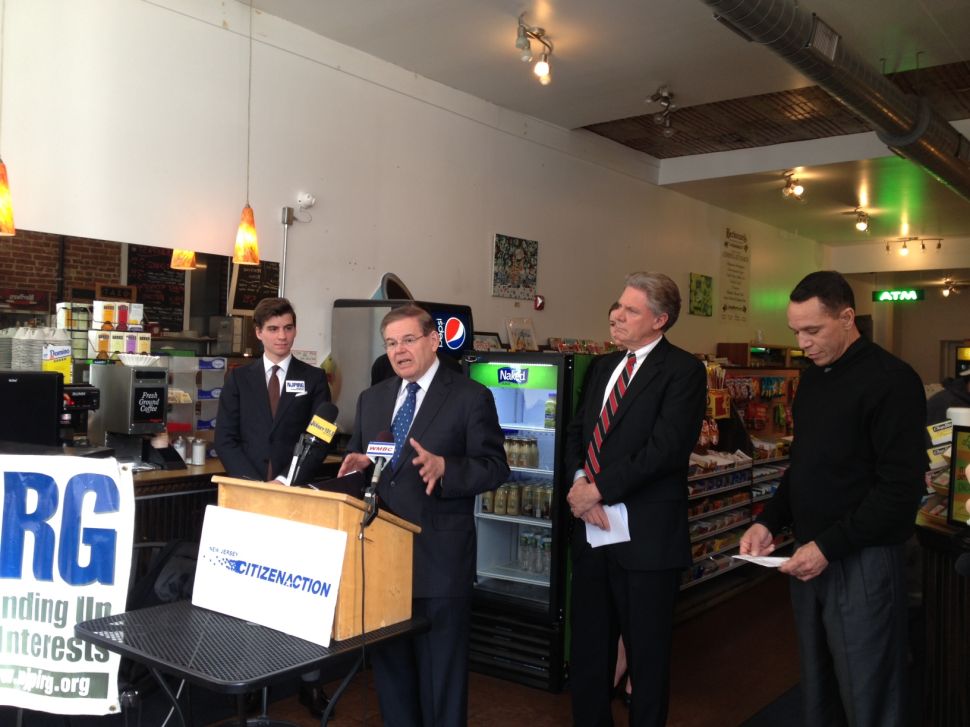