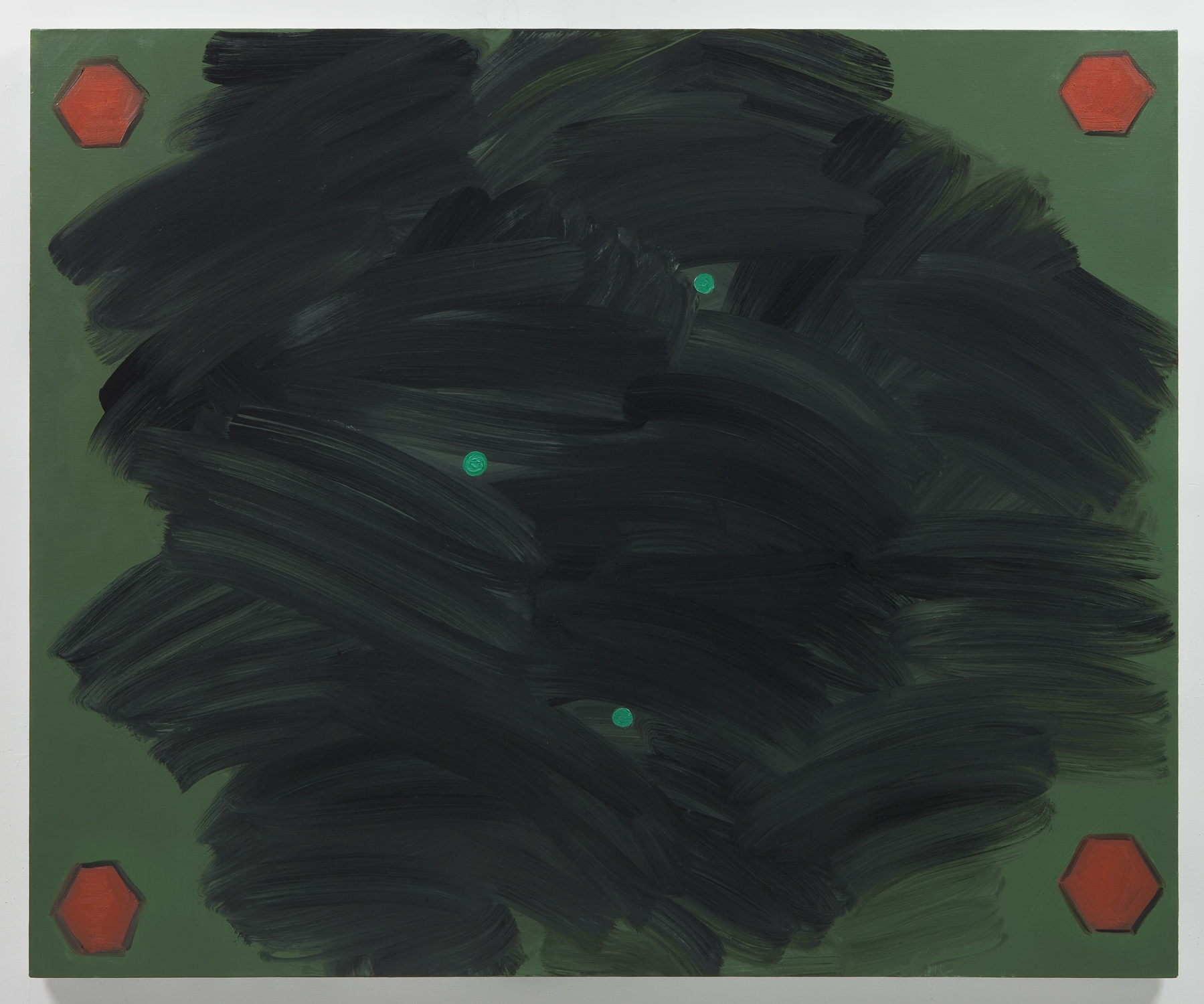 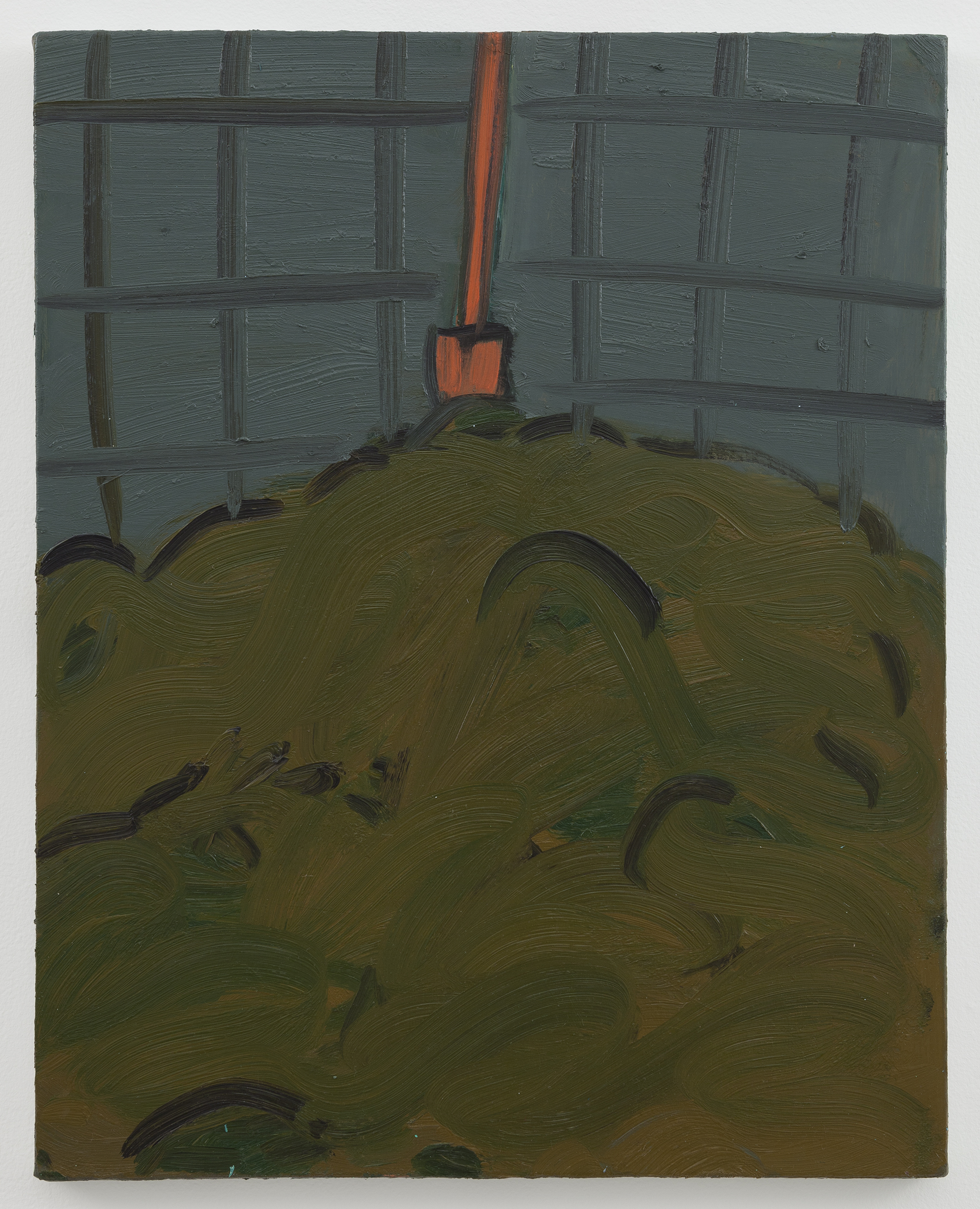 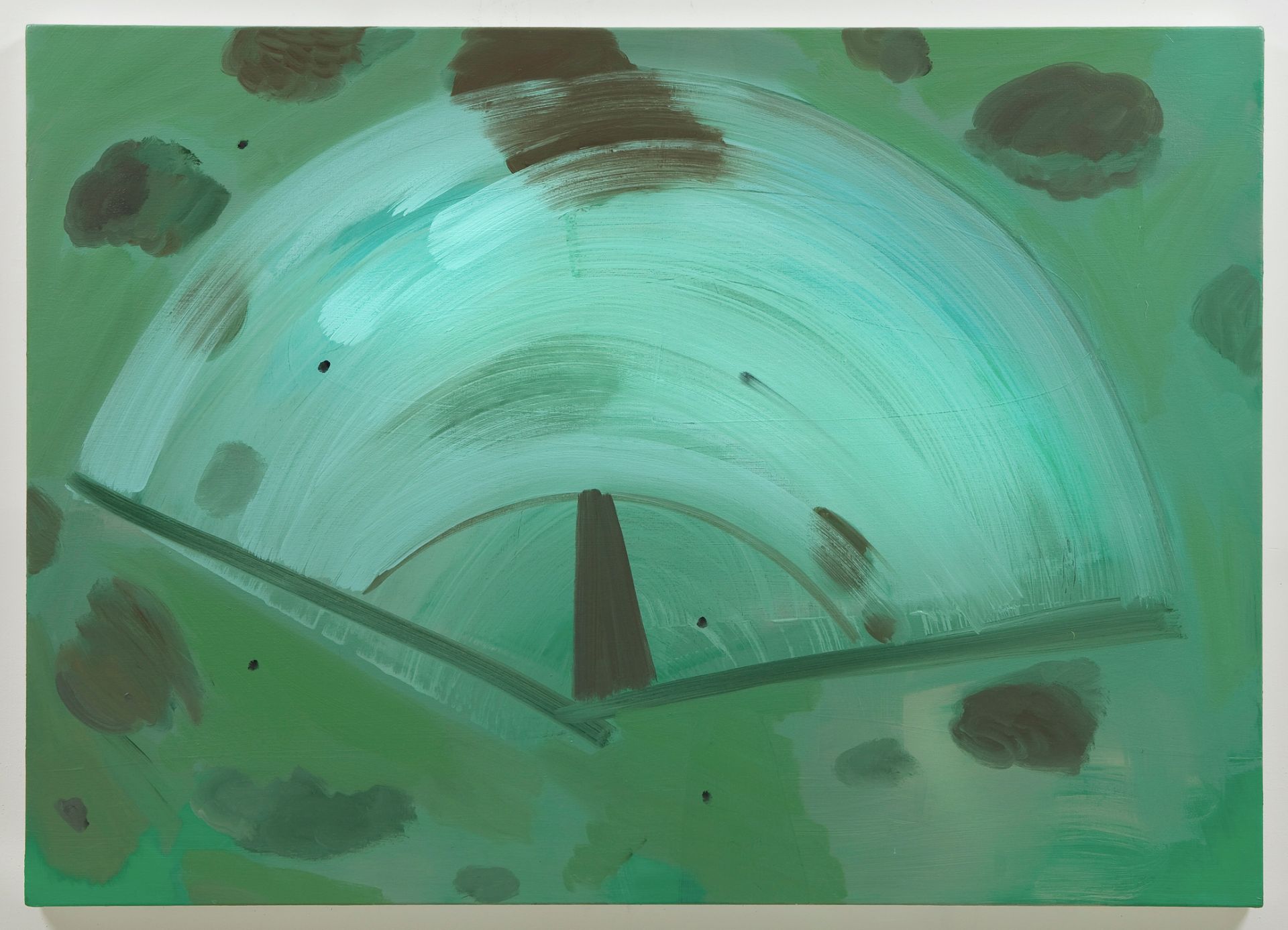 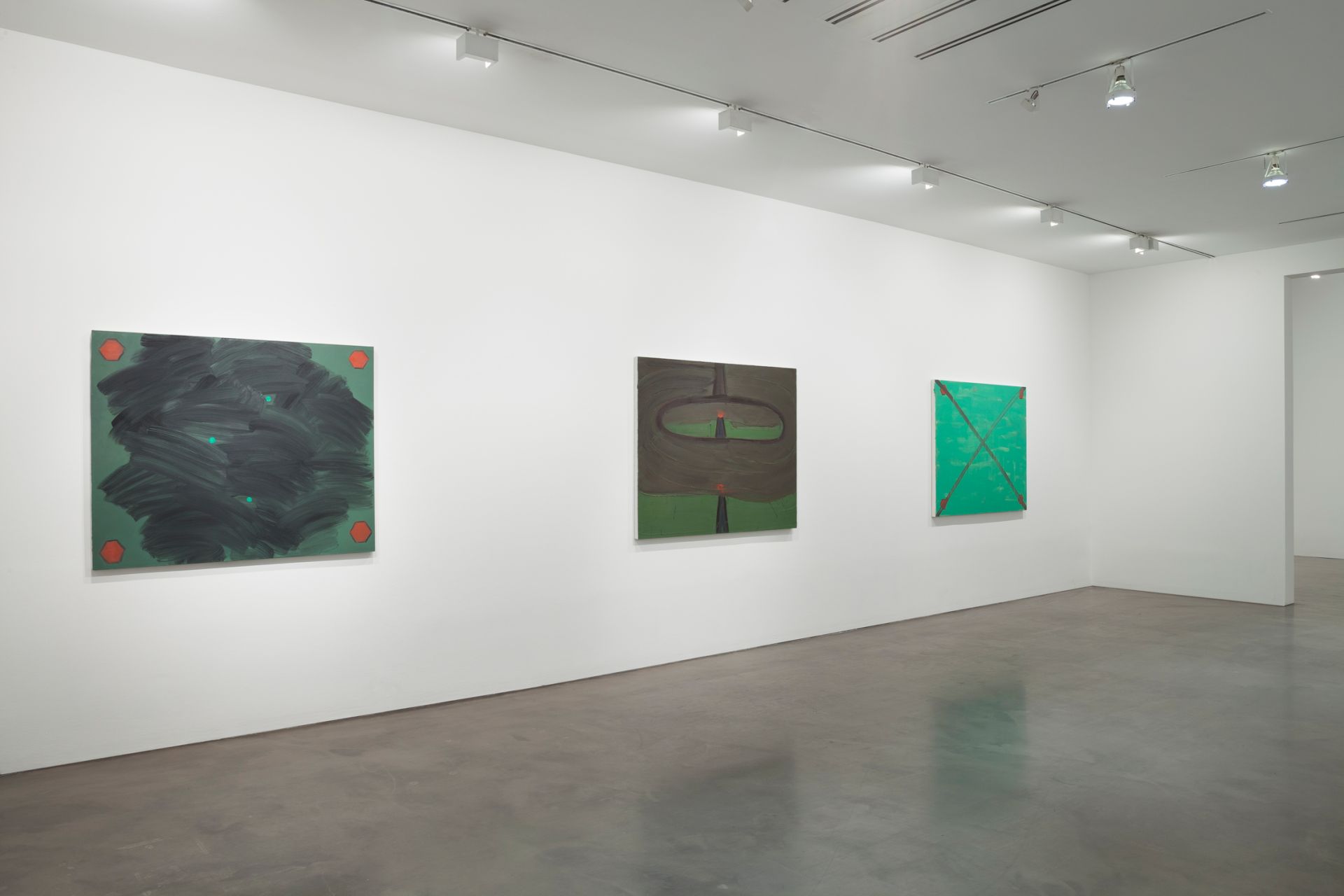 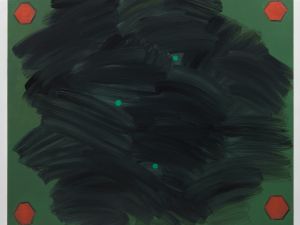 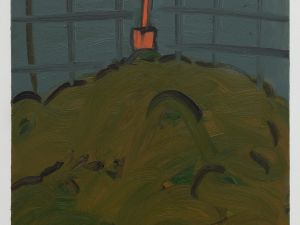 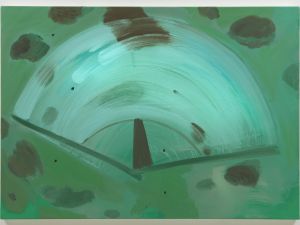 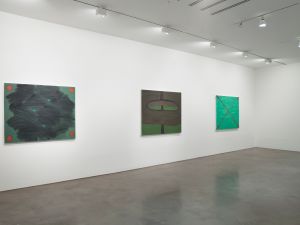 Time is a metaphor for driving. Two corners of undifferentiated kelly green poke out at the bottom, but most of Dial, a 3-by-4-foot painting that serves to make this metaphor flat, is covered by an opaque, olive-green fog. From the top floats down a thin gray mist, the kind of hovering rain that erases the structure of a day but not its mass. Eighteen black clouds and six black dots are distributed evenly, as if for wallpaper rather than by gravity. In the middle, two long, gray-green strokes are windshield wipers, or one wiper twice, or the bottom of a gauge at a 130-degree angle; a darker point in the middle is the needle, tracing a soot-colored semicircle beneath the pale blue, cleared-away train of the wiper.

In a 2012 interview with Robert Bordo, painter Cameron Martin pointed out that it’s unclear whether the viewer of Dial is inside or outside the windshield. But in fact it’s not even clear whether the painting makes any such distinction. Every painting is static, so we normally take stasis for granted and read through to the motion implied. But Dial is all halves and doubles. It’s only evasively, noncommittally figurative; but the quick, streaky blue strokes of the windshield—unless it’s a snowglobe—read in two directions at once, like comets with tails from right to left, or like records of the painter’s quickly diminishing strokes from left to right. This effectively defuses the ordinary mechanism halfway through and turns the viewer’s unfinished pictorial fantasy into an inconclusive stasis.

In DWI, a red police siren is visible in two places at once, through the windshield and in the rearview mirror, reminding us that we can never really look behind our own heads even when we think we’re remembering. In (wacko), the halves are doubled again in a tunnel of repetition; upstairs, Mr. Bordo presents a series of smaller bird’s-eye views of borders and roads. (Through April 27)