There is almost nothing about Alexandra Aldrich, a direct descendant of John Jacob Astor, our nation’s first multimillionaire, that gives away her aristocratic roots. She is shy and unassuming. She drives an old Subaru hatchback and wears dark, ankle-length skirts that would be less at home in one of the city’s four-star restaurants than they are in the Orthodox Jewish neighborhood of Crown Heights, where she now lives.

“We were up in the third floor in this little apartment with the broken furniture. The outside world never came to see how my parents and I lived,” Ms. Aldrich told The Observer. “It was like we were hidden away, swept under the rug.”

There’s no hiding anymore. In her new memoir, The Astor Orphan, out this week, Ms. Aldrich gives a tell-all account of her somewhat tormented and decidedly unprivileged upbringing at Rokeby, the 198-year-old mansion situated on the Hudson River in upstate New York that her father and his siblings inherited. No money, however, came with the estate, and her father, the property’s unpaid de facto caretaker, was patrician in spirit and refused to get a job.

“It always felt like it wasn’t our house,” said Ms. Aldrich. “We were there to preserve its memory—that was our role.”

As a girl, Ms. Aldrich took that role seriously.

Built in 1815 by John Armstrong Jr., James Madison’s secretary of war, Rokeby housed a wealthy assortment of Livingstons and Astors and Wards throughout its glory days. The author’s uncle, John Winthrop Aldrich, saw Rokeby as a sort of museum and would often lead tours for historical societies. He would proudly point to Ms. Aldrich, like an object in an exhibit, as the heiress to the Rokeby estate.

“I saw myself as having to perpetuate this image of class,” she said. “I felt like I was a link in the chain.”

A poor girl playing rich, Ms. Aldrich saw herself as “a guard of order” and would instruct her younger cousins on their family’s history.

But Ms. Aldrich eventually abandoned this imperative. Perhaps it happened around the time that her grandmother—who most often took care of her—nearly drank herself to death, vomiting up blood. Or maybe it occurred when her father not-so-secretly took up with a French mistress, an affair that yielded a child and humiliated the family.

Whenever it was, Ms. Aldrich realized as she got older that the kind of life she thought she had was an illusion.

“Things got so shameful by the time I was 10 that I lost touch with that part of myself,” Ms. Aldrich said. “I lost my sense of control of how I presented myself to the outside world.”

In order to come to terms with who she really was, Ms. Aldrich would have to leave Rokeby—something she had only dreamed of doing as a child. She would find later in life that Rokeby’s pull, like a magnet, was stronger than she had imagined.

As a child in the late 1970s and early ’80s, Ms. Aldrich often dreamed of living in a Communist country like Poland, where her mother had grown up. She craved rules and structure, which her parents didn’t provide, and she liked to think that in a classless society she’d be able to blend in.

When Ms. Aldrich finally left Rokeby in her teens to attend boarding school, she felt, at last, “free from the shame and chaos of Rokeby,” unburdened by the identity she had to perpetuate as a child. In college, this search for self-definition brought Ms. Aldrich to Poland.

“I really wanted to explore my mother’s roots,” she said, “my father’s history being so heavy.” 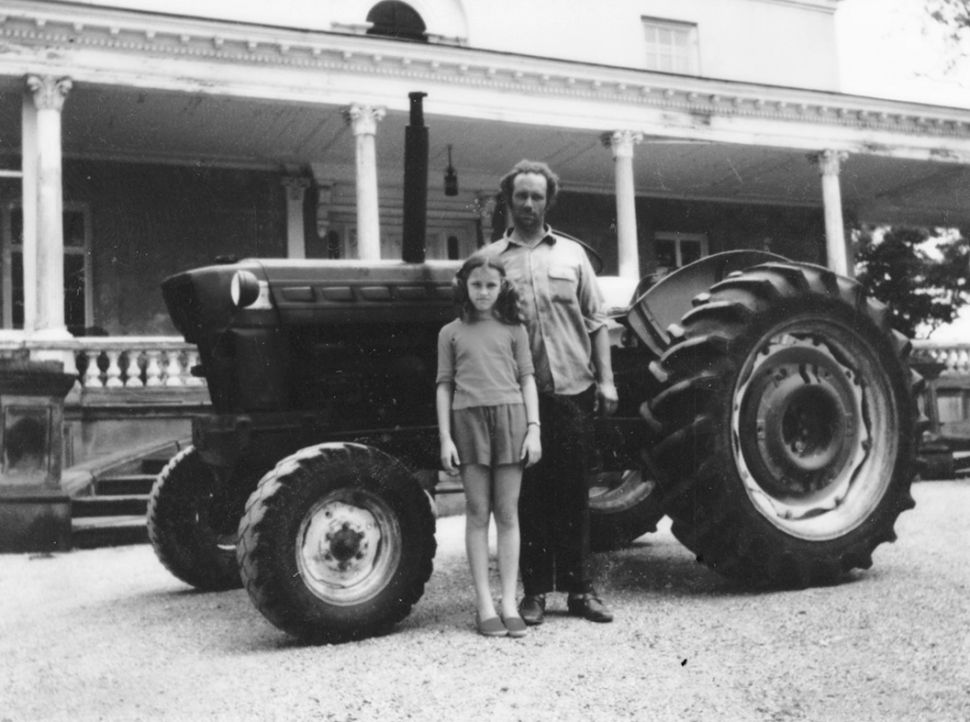 Filed Under: Entertainment, John Jacob Astor, Alexandra Aldrich, a link in the chain