The Walking Dead is about to become the Running Dead.

This June, a 5k race on Staten Island will force participants to not only outrun each other, but also a horde of vicious zombies. But don’t worry; they’re not out for blood—only the three touch football flags that runners will strap to their waists to start the race.

“Each runner will start off with a flag belt and three flags representing life lines,” proclaims the website of the race, aptly named the rUNDEAD Fresh Kills Zombie Run. “Zombies throughout the course attempt to take these one at a time. If you lose all three, you’re dead and the zombies have won.” No pressure.

Okay—so this zombie race might sound somewhat terrifying, but we assure you it’s all for a good cause: to raise money for the Special Olympics New York.

Still need some convincing? Keep in mind they’re not real zombies. When participants register for the race, they can choose to sign up as humans or zombies. The organizers of the race are expecting the zombie force to number around 100.

“Some of [the] zombies can chase you a little bit and others are only allowed to grab at your ankles and freak you out a little bit,” Ms. Monahan said. “We’re expecting lots of zombies and lots of makeovers.”

And for the 500 to 600 “humans” expected to compete, they can choose the extent to which they interact with the zombies.

“We have two heats: at 10 o’clock a family fun heat that’s less scary, less aggressive, more for people and their kids,” said Matthew LeBow, director of King of the Mountain Events, which is helping organize the zombie run. “The 11 o’clock heat will be a full blown zombie race.”

The Staten Island edition of the zombie run will be taking place June 15 at the Henry Kaufman Campground. Another zombie run will take place on October 27 in Queens, in Flushing Meadow Park.

So forget the Tough Mudder, people; you’re only a real race warrior until you’ve run for your life … literally. 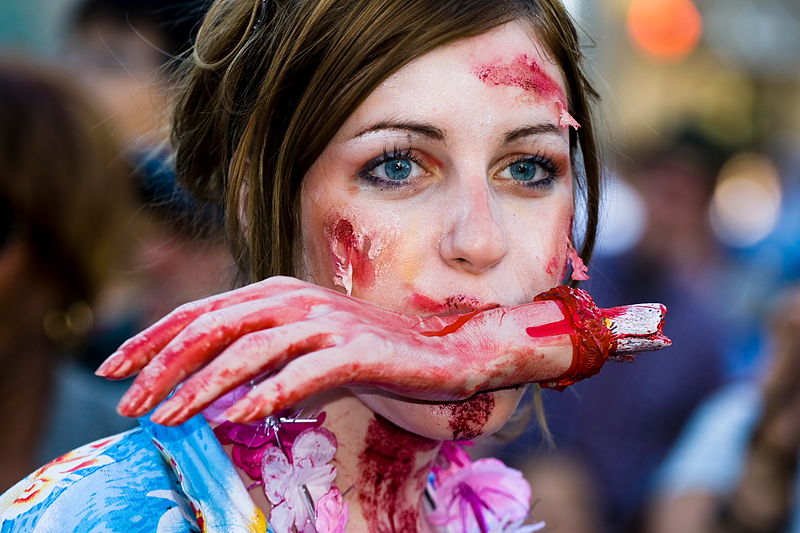