One of Republican Gov. Chris Christie’s favorite targets as a triple dipper, the veteran Sacco embraced Buono at Schuetzen Park Banquet Hall in North Bergen in front of a bulked-up crowd of Hudson County Democratic Organization (HCDO) regulars and rank and file Saccoites. 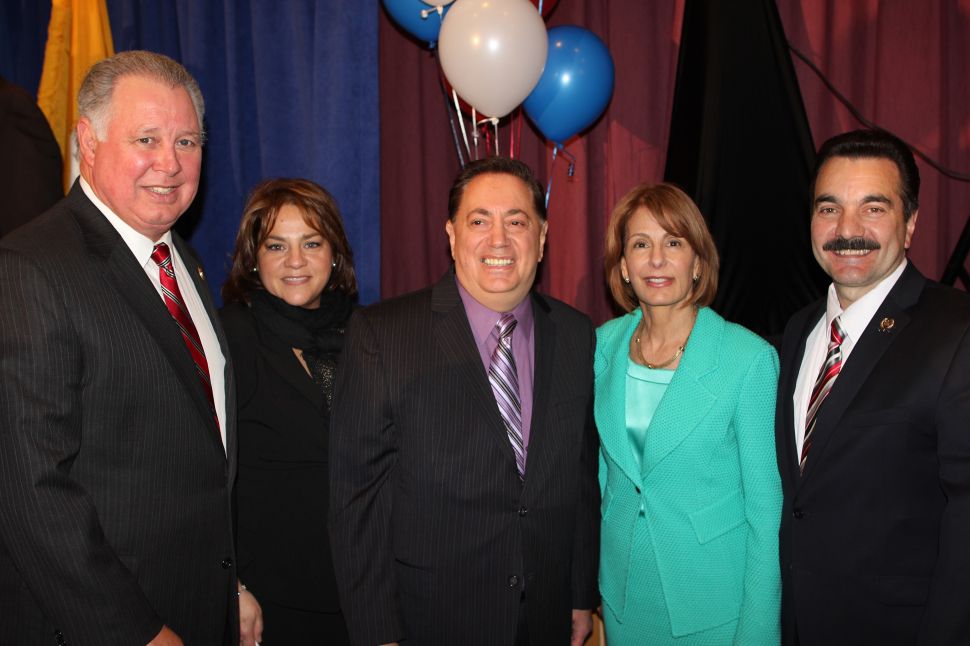