Senate President Steve Sweeney rolled out the proposal before the Senate Law and Public Safety Committee, where he told fellow lawmakers that the proposal would make the Garden State the leader in tough gun laws in the country.

“We spent numerous hours working with groups on both sides,” Sweeney said.

“Honestly, you’re never going to make both sides happy, but the idea was to do something meaningful,” he said. “New Jersey should stand out as an example to be followed.”

The committee hearing and Sweeney’s testimony occurred a short time after parents of children killed in the Newtown, Conn., school shooting held a Statehouse news conference.

The parents advocated on behalf of the bills going through the Senate and Assembly, but also urged lawmakers to support a limitation on the amount of bullets contained in a firearm magazine – which was omitted from the Senate’s gun package.

“I want to thank the families of Newtown for coming down here,” said Sweeney ahead of his testimony.

The Senate bill package would, among other things, require photo IDs during gun background checks, require background checks for private gun sales, make necessary safety training courses for firearms purchasers and it would automatically eliminate people on “no fly” lists from purchasing a firearm.

The Senate is hearing just more than a dozen bills during today’s hearing and will resume the debate Thursday.

Gun rights advocates again showed up in high numbers to protest the proposals.

“This is a struggle to retain our rights of independence,” said Frank Fiamingo, president of the New Jersey Second Amendment Society.

“It is about our right of self government, self determination. Remember, remember how this nation was formed, we had to fight against tyranny,” he said. “It’s not up to the bureaucrats of this state to choose how we defend our freedoms.” 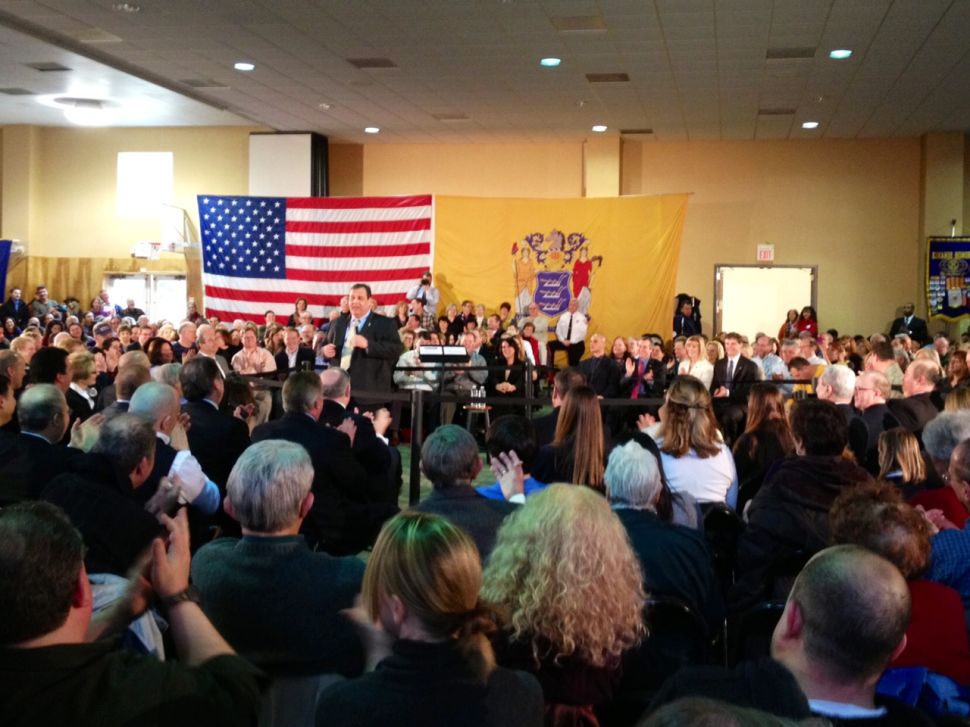