Dogged by horrendous poll numbers, the allies of state Sen. Barbara Buono (D-18) need a win, and they see an opportunity in Jersey City.

It’s not only the fact that incumbent Mayor Jerry Healy is the only mayoral candidate who has endorsed Buono.

When Buono last week needed an assurance from chairs that she should have the right to choose her own statewide party chairperson, Smith happily cooperated. O’Donnell, it should be noted, is a close ally of Buono’s and – according to two sources close to the campaign – the senator’s first choice for party chair.

Smith and O’Donnell both announced their support of Healy early.

Moreover, key Buono field and message allies are working for the mayor. Their GOTV models and post-victory enthusiasm could potentially be channeled toward Buono’s general election campaign.

The candidate herself is neutral.

But if Healy loses his re-election bid, he would deal another lump to the fledgling organization of Buono and company, who staged two South Hudson appearances in as many days this week as the mayor’s race in Jersey City intensifies with less than three weeks to go.

If part of Buono’s ongoing challenge remains a fractured Democratic Party, there’s more than the suggestion of intraparty rivalry at work in the mayor’s contest.

A key DiVincenzo ally who won with the county executive’s support last year, U.S. Rep. Donald Payne Jr. (D-10) supports Fulop for mayor. He hasn’t been fiercely engaged as everyone watches the poll numbers, but his face occupies many of Fulop’s mailers and ads, especially in African American strongholds.

Bad blood lingers between DiVincenzo and the HCDO chairman.

But there’s more alignment of DiVincenzo to Fulop.

Newark North Ward Councilman Anibal Ramos and Fulop are fundraising friends and mutual supporters. A county employee and close ally of the county executive’s, Ramos is preparing for his own 2014 mayoral run.

The Democrat who occupies the most powerful elected official position in Essex County, DiVincenzo has not stated his support for Buono even as he continues to publicly gush over incumbent Gov. Chris Christie amid rumors that a cross-the-aisle endorsement is forthcoming.

Healy hit Fulop earlier this year when the challenger staged a fundraiser in Monmouth County with Brian Nelson, a key ally of state Sen. Joe Kyrillos’s (R-13), a once and maybe future candidate for U.S. Senate.

For Buono’s inner circle, the answer to that question, if the choice is between Fulop and Healy, is most urgently Healy. 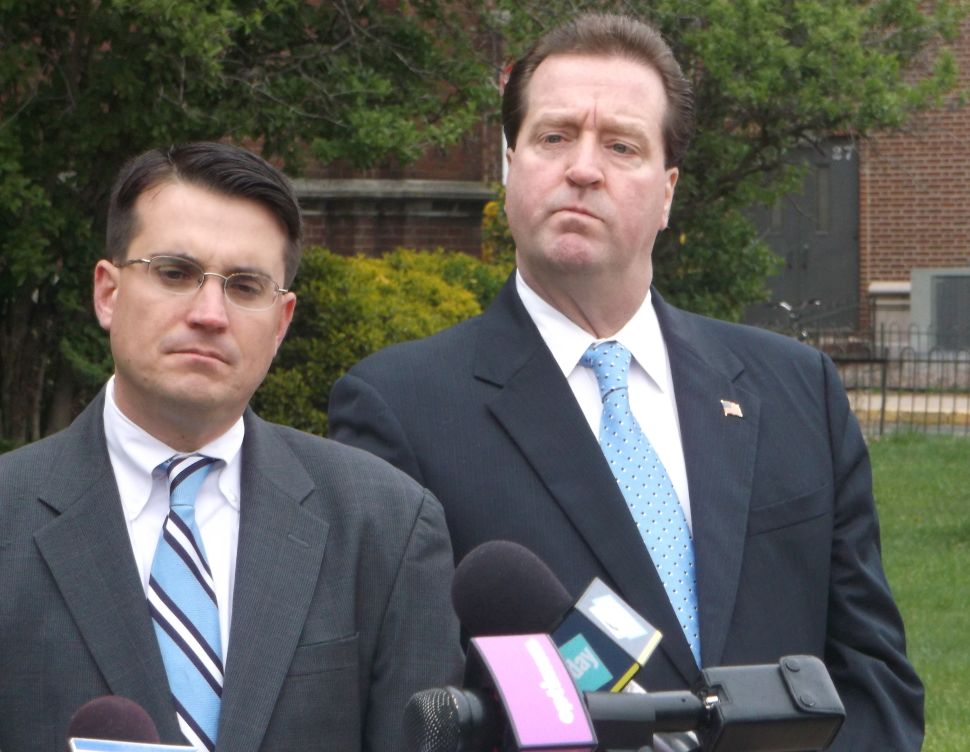