“When did it become fashionable to bash unions?” Buono yelled above the crowd of AFSCME workers in search of a contract with the hospital. ”

“Collective bargaining is a right that cannot be taken away,” said Buono, self-identified onstage as the daughter of a union butcher.

In response, a spokesman for the governor highlighted the bi-partisan support the GOP incumbent has received, including endorsements from three trade unions.

“With a record of voting to raise taxes or fees 154 times on New Jersey families and against bipartisan pension and health benefit reforms that are saving taxpayers $120 billion, there’s little surprise that Barbara Buono is standing with the usual suspects to lob negative and misleading attacks,” said spokesman Kevin Roberts. “In stark contrast, the Governor has a record of strong, bipartisan leadership to move New Jersey forward and is drawing support from across the political spectrum, including Democrats, labor groups, and community organizations.” 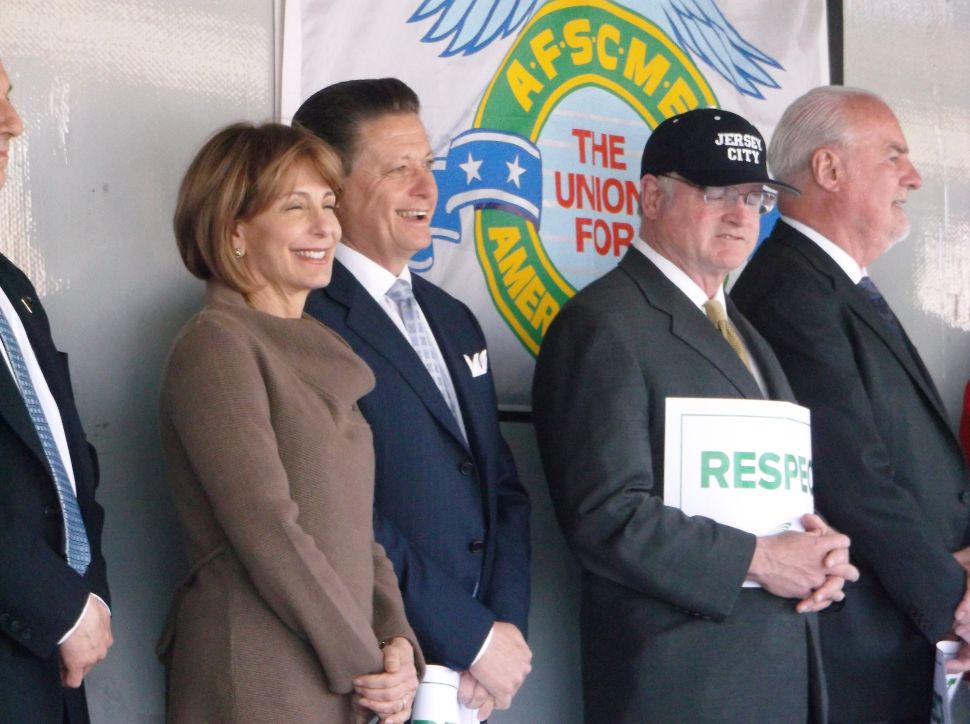