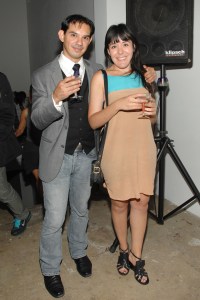 The Disjecta Contemporary Art Center, in Portland, Ore., announced today that it has selected Summer Guthery as curator-in-residence for its 2013–14 season.

Though Ms. Guthery has been in Los Angeles recently, organizing events at the LAXART nonprofit there, she is known in New York for organizing the Chrysler Series with Robert Snowden, a string of evening art events held in an office high up in the Chrysler Building, and the Canal Series, a similar project she staged periodically in an office on the northern edge of Tribeca that overlooks Canal Street.

In a statement, Ms. Guthery said that she is looking forward to working on “large-scale ideas in an environment that promotes curiosity and encourages productive challenges.” The curator-in-residence program is funded there by a two-year grant from the Andy Warhol Foundation for the Visual Arts.

Ms. Guthery, who has an M.A. from the Center for Curatorial Studies at Bard College, will also soon be active in New York again. She will be back in June and will be working with Performa 13, which takes place in November.