MERCERVILLE – Former Glen Ridge Mayor Carl Bergmanson was teetering on the brink of getting tossed this morning – not from the courtroom, where he vociferously made his case, but out of the election – as Administrative Law Judge Jeff Masin reviewed the gubernatorial candidate’s petition signatures and continued to identify signers who are registered Republicans.

Bergmanson wants to run in the Democratic Primary for governor. In order to be valid, his petition signatures have to be signed by Democrats.

Many of his petition signatures are not, according to the state’s database, up to date as of Friday of last week.

“It’s inappropriate for the state committee to finance these challenges,” Bergmanson told the judge.

But Al Alvarez, attorney for the state committee, argued that is another matter, separate from whether or not the would-be candidate for governor appropriately presented the requisite number of signatures to the Secretary of State’s Office.

“After reviewing the petitions, the petitions filed by Mr. Bergmanson are not up to snuff,” the attorney added.

As Bergmanson made his own case before Masin, Webster appeared up the hall in front of Judge William Miller.

Chief of staff to East Orange Mayor Bob Bowser, Webster is running for governor mostly as a pragmatic matter of trying to help secure good ballot position for his boss. But the state committee argues that if he failed to harvest petition signatures in accordance with state statute, he should not be allowed to run for governor. 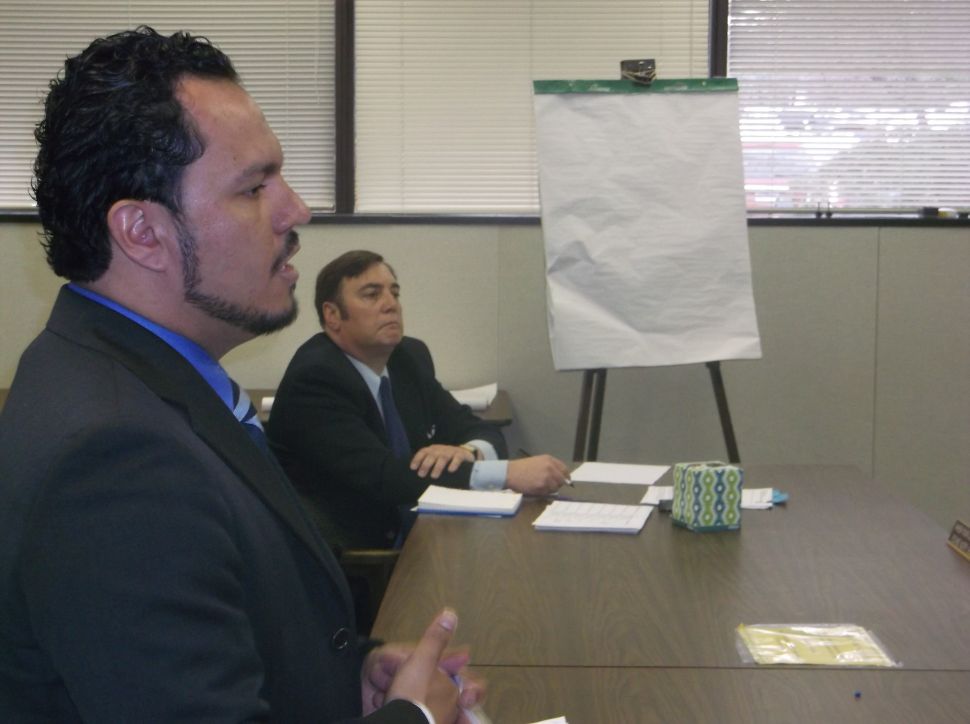