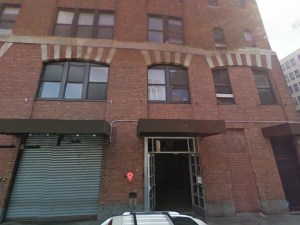 On Monday the office of The Paris Review will move from its current home at 62 White Street in Tribeca to a third-floor space amid the galleries of Chelsea, at 544 West 27th Street between 10th and 11th Avenues.

“We’re across the street from Scores and about six doors west of Sleep No More,” said Review Editor Lorin Stein over the phone today. “Does that not just sketch some of the strangest urban feng shui?”

The august quarterly has been looking for a new space since September, when the editors learned that its current building will soon go condo. Since then Mr. Stein said he and managing editor Nicole Rudick have looked at “easily 60” places around the city (early on they floated the idea of moving into the National Arts Club).

Why so many? Well, The Paris Review has what you might call a unique set of needs.

“We entertain a lot,” Mr. Stein said, referring to the journal’s famous office parties for writers and the writerly adjacent. The office needs to be part reading room, for the interns going through the slush pile, and part salon for the editors working late into the evening.

For entertaining purposes, Mr. Stein said any Paris Review office needs “flow,” using the word at least twice on that occasion (admittedly this reporter was the first person to use the word during the conversation, but Mr. Stein kind of ran with it).

He held up George Plimpton’s apartment on East 72nd Street, where the Review had its offices from 1973 to 2005, as a model of flow.

“George’s apartment had real flow,” Mr. Stein said. Even during a party you could always get to anyone you might see around the room. At White Street, though, “when it got really crowded, it meant you could spend 10 minutes trying to get across the room to kiss someone.”

The new space is about 3,000 square feet, comparable to White Street’s 2,500, and though the Cheslea space’s five-year lease might imply a temporary move, The Review has begun a series of renovations there, some not flow-related. Mr. Stein didn’t want to give visitors “the impression of a walking into a hanger,” so he had his brother-in-law, a contractor, build a large bookshelf in the center of the main room. This has its own entertaining-related advantages, he said, because it’s sometimes nice to walk into a party and not be seen immediately.

“This new space is naturally slightly better [than White Street] because it’s not one long shoe box, it’s more like a hat box,” Mr. Stein said. “No, it’s more like a box of chocolates, I guess. It’s more square, less shoe box-y. Also there are a couple of little things [to hide behind], you’ll see, there are few walls.

“But in general,” he said, “it’s being laid out to facilitate flow.”

Due to its Paris origins, The Review‘s New York moves have represented a continued push west, real-estate wise. Mr. Stein said there are no plans to take the Review to New Jersey at the moment, but conceded that “if we get priced out we may have to take radical steps.”