If ever there was a store in need of a makeover, it was Duane Reade. The problems the franchise faced—both before and after it was acquired by Walgreens in 2010 from Oak Hill Capital Partners—have been well documented. Former CEO Anthony Cuti and CFO William Tenant were sentenced to three years in prison for fraudulently misrepresenting the companies finances. The pharmacies were ranked dead last in customer satisfaction, according to J.D. Power and Associates, and the stores frequently received low health grades. (Duane Reade was once forced to pay $200,000 out in civil court for peddling drugs and products past their expiration date.)

The blog I Hate Duane Reade, founded in 2007, served as a mouthpiece for customers and employees who had complaints about the mega-chain—and they had many. The combination of photos of the understocked, overcrowded stores and relatable tales of misery made the site a viral hit, garnering mentions in The New York Times, Gawker, USA Today and The Wall Street Journal. It was the quintessence of what was wrong under the old regime.

The most damning bit of criticism came from Martha Plimpton in a 2007 New York magazine interview. Asked what she hated most about the city, she replied: “The dead-eyed pharmacy people at Duane Reade … It’s always a journey into the heart of darkness.”

The founder of IHDR (who wished to remain anonymous) told The Observer that the idea came while sitting with friends and comparing horror stories about the drugstore. “[We] realized that we all had the same issues. We wondered if everyone else felt the same way. Turns out they did.” The Walgreens buyout had an immediate effect, curbing the criticism. IHDR published its penultimate post in February 2010. And four months after the purchase, Walgreens boasted in a quarterly meeting that sales were up, with Duane Reade contributing 2.8 percent to the total increase.

Still, altering the essence-du-Duane took more than a quick-fix change of ownership. It’s been a long road back to Gotham’s good graces for the store that boasts the most sales per square foot in the industry.
While still under the aegis of Oak Hill Capital Partners, Duane Reade began its facelift, courtesy of the strategic branding firm CBX. The mission: redesign its stores and rehabilitate its personal brand. No easy task. Joe Bona, president of the retail division at CBX, worked closely on the in-store redesigns and in-house brands. “People need to still walk in and recognize that it’s a Duane Reade,” he said of the new and improved stores. In other words, it was all about atmosphere. Or as the franchise’s revamped slogan put it, “New York Living Made Easy.”

“One of things we know through research,” Mr. Bona said, “is that when you create a wider aisle, [customers] feel less pressured and they tend to linger a bit longer.”

And relaxation is a key theme at the new Duane Reade: a luxury that hints at the store’s new upscale aspirations. After all, as any New Yorker knows, time equals money. So if you have time to meander and browse instead of rushing to the express lane, you must have minutes—and therefore cash—to burn.

When Ms. Williams ducks into her favorite Duane Reade location, right next to Sloan-Kettering, where she receives cancer treatment, for example, she is always amazed to see how many customers just seem to be loitering. “At least 50 percent of the people are just hanging out,” she marveled.

Ms. Williams’s reaction to Duane Reade is no accident: through wider aisles and warmer fluorescent lighting, landscape windows and perfumeries, Duane Reade represents the latest triumph of psychographics, a research field specifically tailored to the psychological states of customers in retail environments. 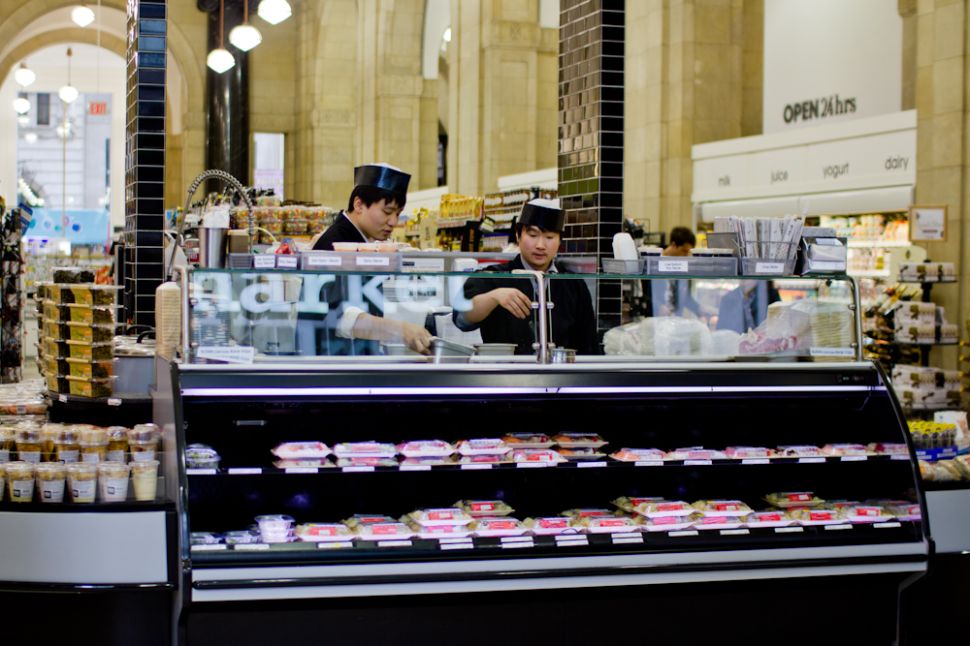