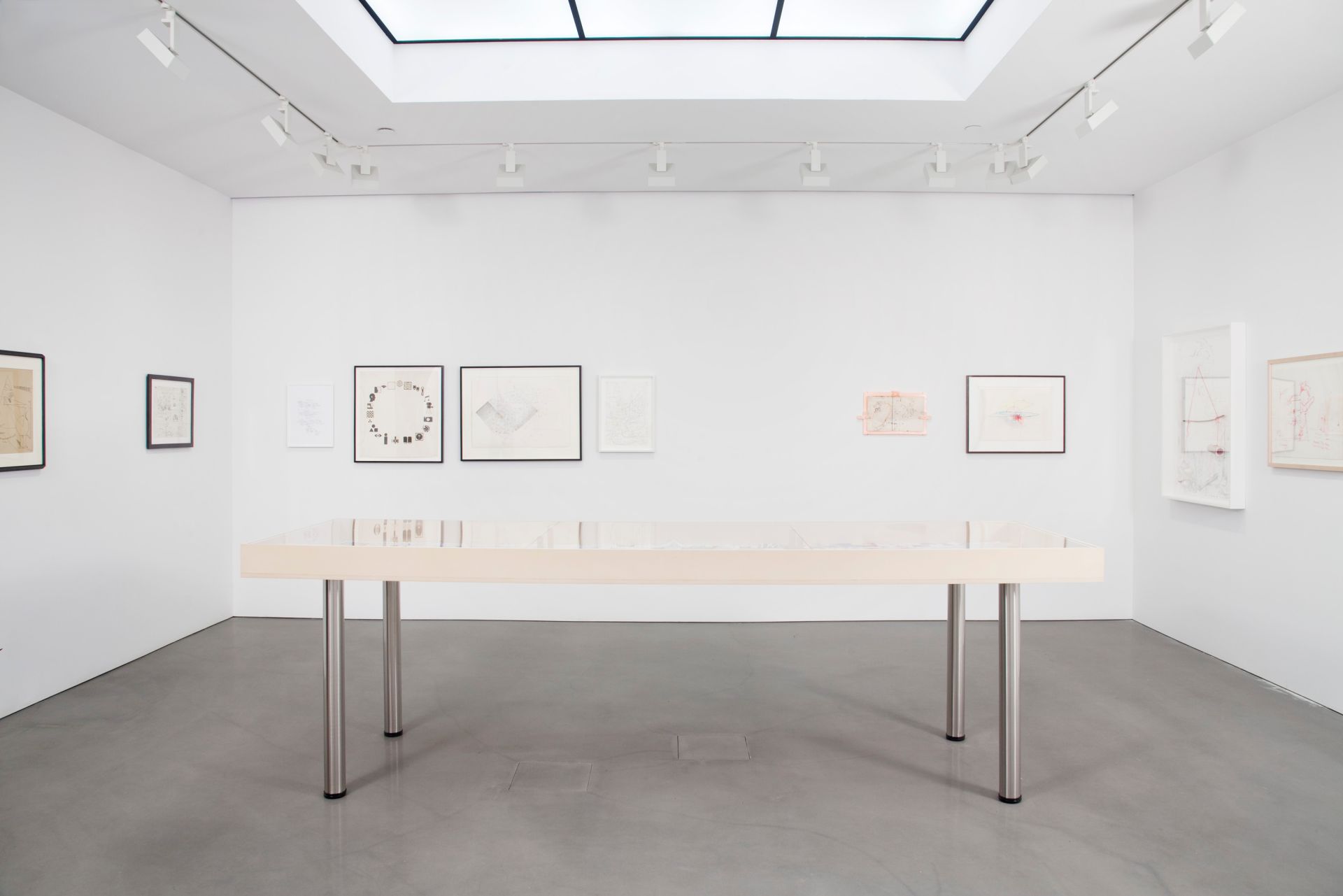 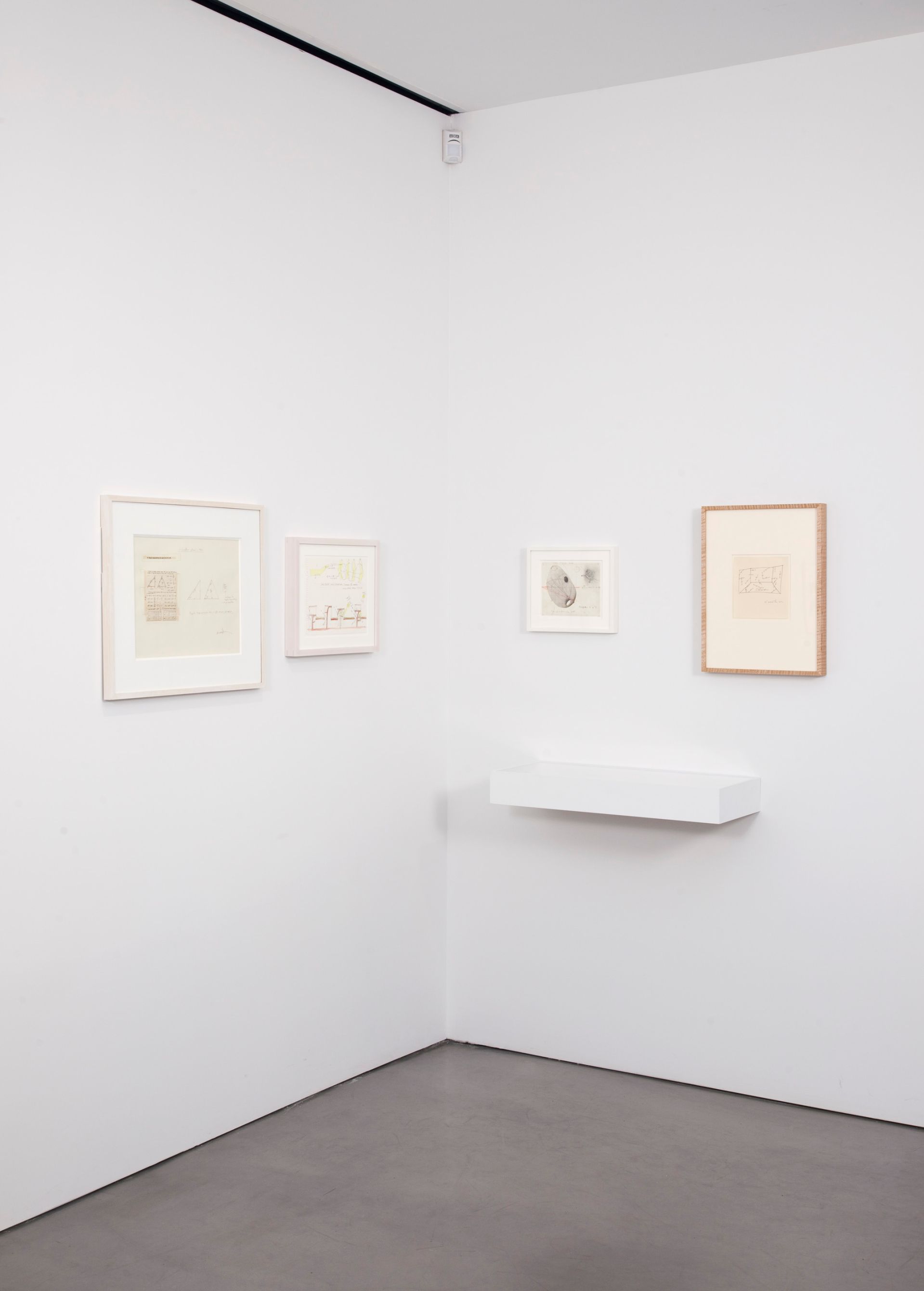 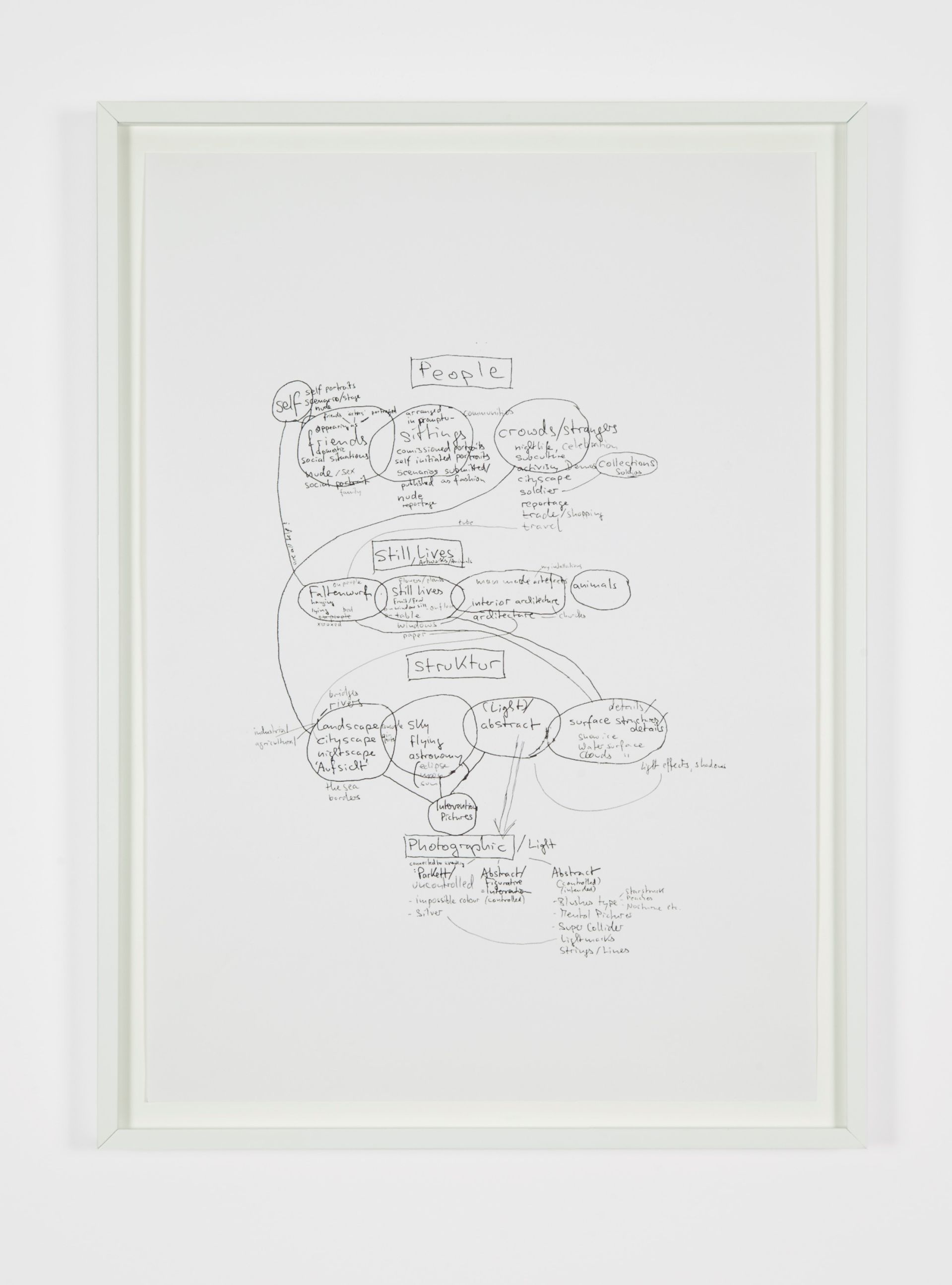 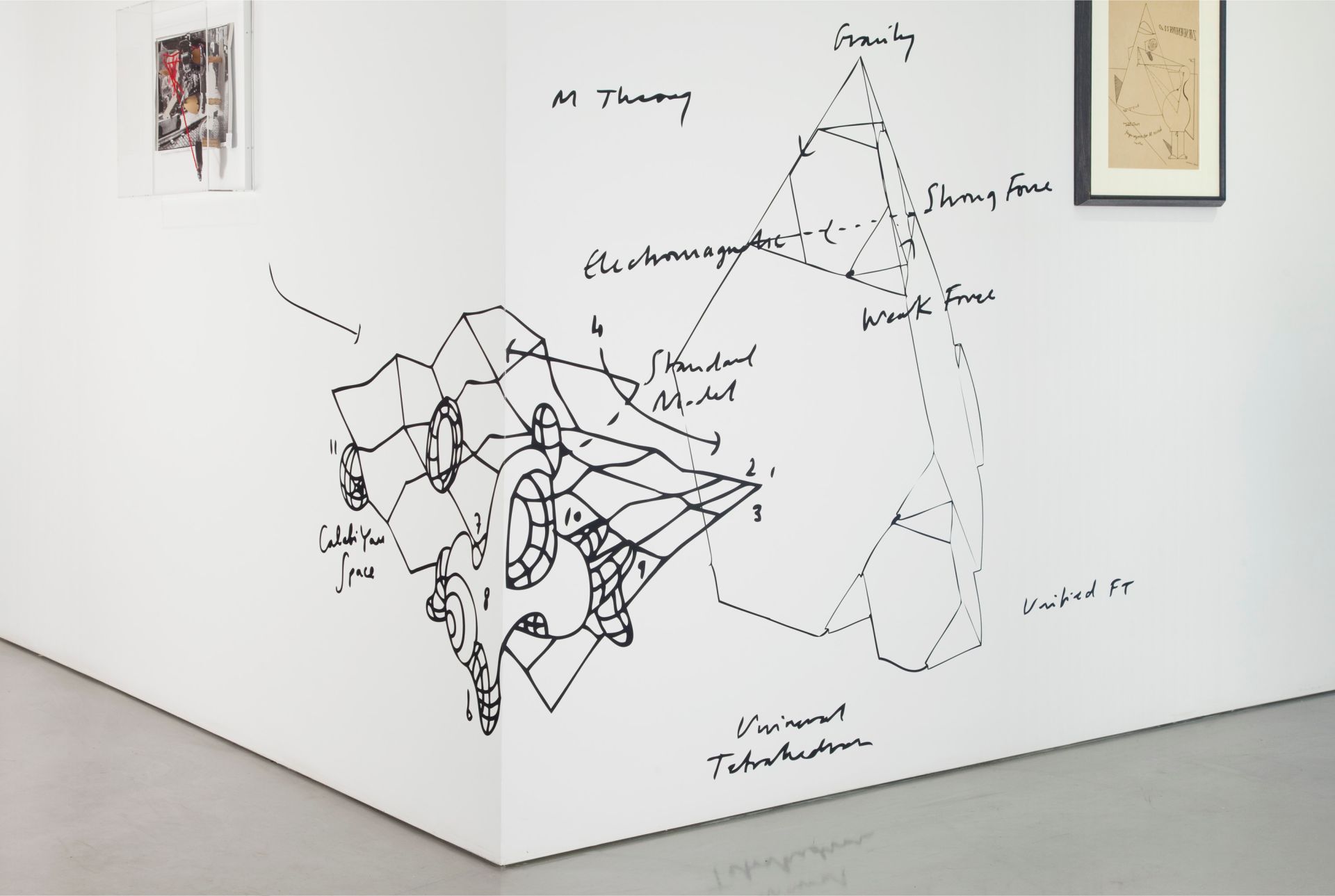 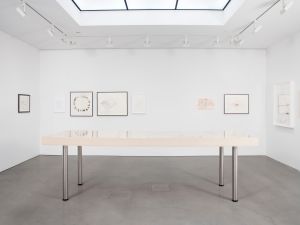 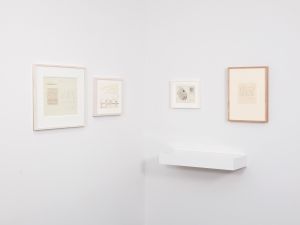 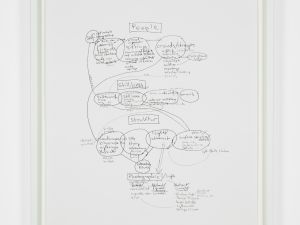 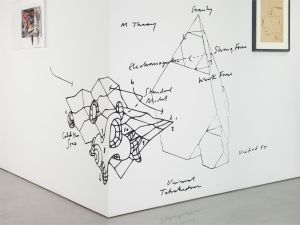 Since it opened in December, Andrea Rosen’s small second space on West 24th Street has had a refreshing curator-driven program, and its shows have been quirky and rewarding. The latest, titled “The Temptation of the Diagram” (referring to Flaubert’s 1874 Temptation of St. Anthony) and organized by the artist Matthew Ritchie, is no exception. It looks at how 25 artists have made use of diagrams over the past 100 years.

Relatively straightforward approaches—diagrams as a means of mapping space—come from artists like Öyvind Fahlström and Barry Le Va, who map out their plans for, respectively, the 1966 Venice Biennale (a sprawling, madcap installation called Dr. Schweitzer’s Last Mission) and the 1995 Whitney Biennial (a mass of barely distinguishable shapes). Architect Steven Holl looks at how light and would circulate in his extension to Kansas City, Mo.’s Nelson-Atkins Museum in one tiny drawing. Conceptualist Mel Bochner describes a piece involving 48-inch lines scattered all around a room in another.

One of the diagram’s most intriguing aspects is how it allows us to see a mind at work, thinking things out on paper, unconcerned about whether others will find that thinking coherent. Wolfgang Tillmans’s diagram is a tangle of words and lines that he made while planning the catalog for his 2003 exhibition at Tate in London; Julie Mehretu’s Migration Direction Map (1996) is a fascinatingly opaque set of nebulous shapes and arrows mapping out the increasingly complex, furtive forces shaping contemporary society. Joseph Beuys’s 1977 lithograph Letter From London makes one wish he were still around to explain what his simple but obscure diagram about “myth” and “synthesis” means.

Diagrams can easily leap time and space, bridging unlike ideas and giving form to otherwise impossible notions (Carolee Schneemann’s comical, frightening 1966 Parts of a Body House (Genital Playroom)), or invisible plots, as in Mark Lombardi’s delicate web of circles and lines from 1999, which lays out a conspiracy involving the Miami-based World Finance Corporation. The work, thrillingly, is a collage. He’s photocopied an earlier one of his drawings of the network, tilted it, taped it to his paper, and then drawn lines in pencil, charting new connections. His scrawls are barely legible, but you can see and feel plans for a new artwork—and, just maybe, the scheme itself—coming together in those marks. (Through April 27, 2013)