“Today is another sad and disappointing day for every New Yorker,” U.S. Attorney Preet Bharara announced at his press conference this morning where he unsealed corruption charges against six officials–including State Senator Malcolm Smith and Councilman Dan Halloran–accusing them of accepting bribes to boost Mr. Smith’s mayoral campaign.

“The charges we unsealed today demonstrate once again the ‘show me the money culture’ seems to pervade every level of New York government,” he continued. “The criminal complaint describes an unappetizing smorgasbord of graft and greed involving six officials who together built a corridor of corruption stretching from Queens and the Bronx to Rockland County and all the way up to Albany.”

But, Mr. Bharara noted, this latest case of alleged corruption is unlikely to surprise New Yorkers. A plethora of politicians have been convicted in recent years, while others like Assemblyman William Boyland Jr. currently stand trial. Still more are reportedly under investigation.

“After the string of public corruption scandals that we continue to expose, many may understandably fear that there is no vote that is not for sale, no office without a price, and no official clean of corruption,” Mr. Bharara argued. “Many may understandably resign themselves to the sad truth that perhaps the most powerful special interest in politics is self-interest. As I said before, Every time a politician is arrested in New York it should not feel like a scene from Groundhog Day. And yet it does.”

Mr. Bharara said there is only so much he can do to end this cycle of corruption, however, as a prosecutor. He urged city and state legislatures to pass tougher disclosure requirements to try and dissuade future misconduct.

“Because what can we expect when there continues to be–even after a parade of politicians have been hauled off to prison–a lack of transparency, a lack of self-disclosure, a lack of self- policing, a lack of will, and a failure of leadership?” he asked. “What can we expect when transgressions seem to be tolerated and nothing seems ever to change? New Yorkers should demand more. Federal prosecutors and federal agents … are doing everything we can to proactively attack the corruption problem. And it’s time that others stepped up to the plate also.” 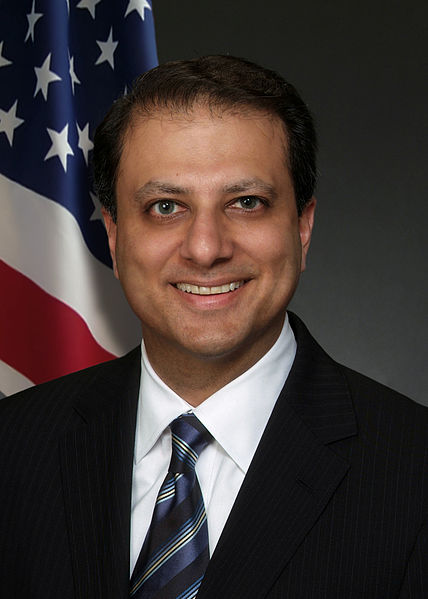