“Charlotte DeFilippo makes more money for doing less work than anyone else in her position in New Jersey” charged the candidates. “…DeFilippo has a staff of two and refuses to take on large projects such as building sewage or water treatment plants or running recycling programs as other county improvement authorities do, yet she makes more than any other Utility Authority director- despite the fact that other authorities tackle these large projects and in some instances their directors manage much larger staffs.”

The UCIA executive director was aghast.

“We work extremely hard on the projects we do,” DeFilippo told State Street Wire Deputy Editor Bill Mooney. “We save more than $20 million or $30 million for our clients,’’ which are municipalities and the county.” The project that was deferred last week was to build a new wing at the county college.

But the freeholder challengers didn’t buy it.

“This is the test for our opponents, Freeholders Linda Carter and Bette Jane Kowalski,” the challengers added. “Either they believe in good government or they don’t. They will either see to it that this travesty is ended and terminate Ms. DeFilippo’s employment or they will be exposed for the sheep that they are and, in fact, are controlled by Ms. DeFilippo, who determines whether they get party support for re-election.”

Lesniak said he didn’t think it was accurate that DeFilippo does less with more, and applauded her work.

“If you compare our improvement authority to others and the length of service, the fact they’re able to do major projects says something favorable about her abilities,” Lesniak said. “She certainly has done a good job advancing important projects and jobs for the county.” 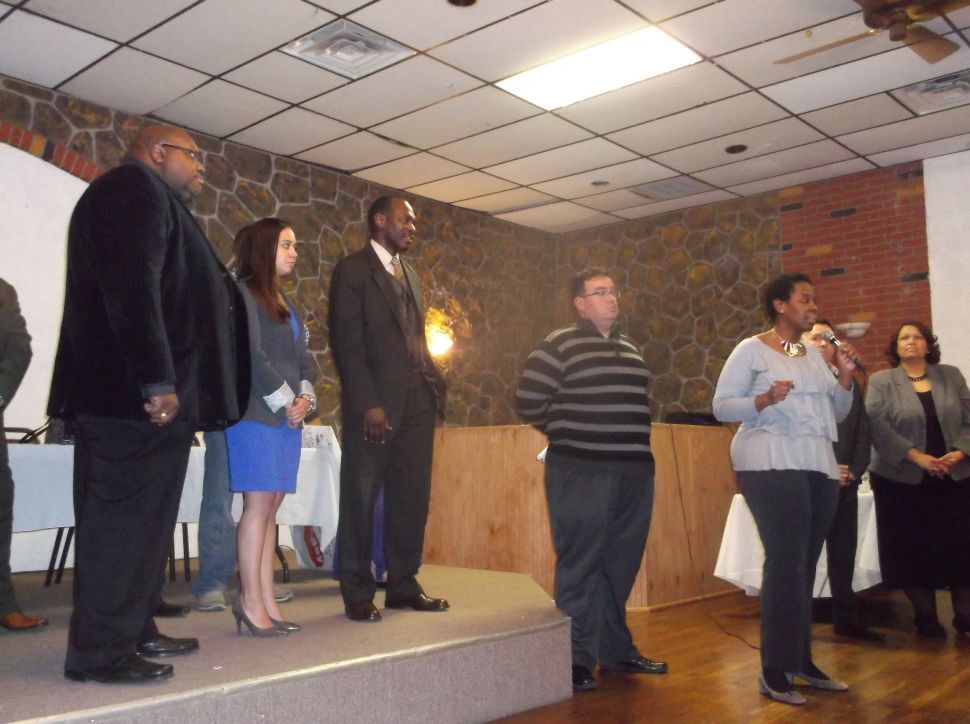