“I have in general been in support of giving a little bit back,” Van Drew told PolitickerNJ.com. “We have to be careful. We can’t increase debt service, but I am with the governor on this.”

Christie said yesterday he wants to include the tax cut as part of a conditional veto of a Democratic proposal to restore the Earned Income Tax Credit to 25 percent of the level from 20 percent. Christie will give Democrats the EITC restoration but also wants a 10 percent property tax cut phased in over four years.

“It’s not a change of position for me to support this,” Van Drew said. “This is going to help real folks. They spend a little more and stimulate the economy. This is a tax cut proposal that would benefit working people. I’m very supportive of it, and have been since the governor initially proposed it.” 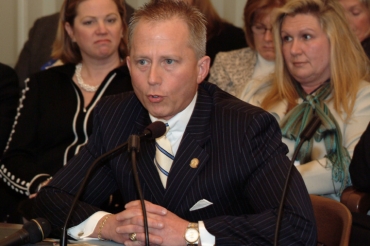